The Catholic Church has a sainthood problem

Opinion: The Church is considering two people with serious anti-Semitic pasts for canonization—which threatens to undo its recent good work 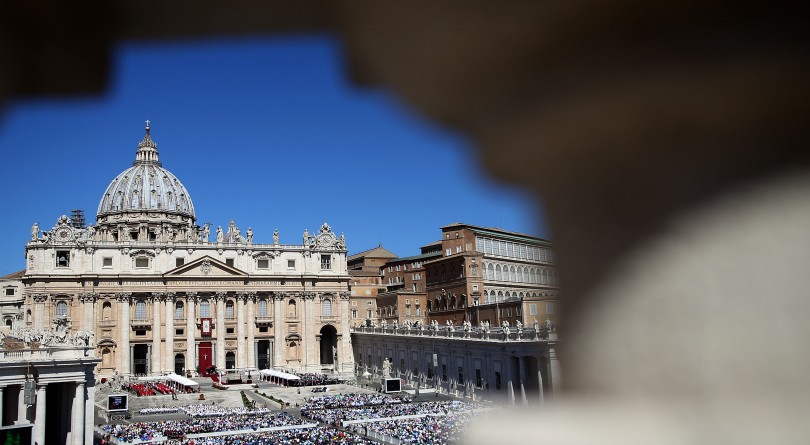 There really is no business like saint business. Once you make it, people pray to you, put statues of you in their rooms, and thank you when they recover from an illness—or just find a parking spot.

But the making of and praying to saints—and the entire hagiographical industry, for that matter—can be vulgar and achingly banal. It’s not supposed to be that way, of course: At its best, it should represent a genuine desire to single out those who have sacrificed heroically, or have contributed magnificently to the betterment of humanity, for special praise. Alas, that purity was lost a long time ago.

It can also be political and acutely divisive, and that’s certainly the case at the moment, as two prominent Roman Catholics of the early 20th century move towards saint status: British author GK Chesterton, and Polish Cardinal August Hlond. Both men, especially the former, were accomplished and impressive, but they share a dark commonality too: they both made appallingly anti-Semitic comments in the 1930s, when the Jewish people were about to become victims of an attempted genocide. And the politics threaten to overshadow the whole process—not to mention the Church’s well-intentioned and largely successful efforts to shake off its centuries-old reputation as an anti-Semitic institution.

Hlond, who died in 1948, was Primate of Poland and Archbishop of Warsaw, and is admired because he spoke out against both the Nazi and Soviet occupation of his country. He was also the only member of the College of Cardinals to have been taken into custody by the Gestapo. His canonization process began in 1992, and this May he was named as “Venerable” by Pope Francis. That’s pretty advanced, and if a few miracles can be attributed to his intercession, he will be declared a saint.

Chesterton has further to go. His cause actually has its origins in Canada: Back in 1986, in a sermon at the end of a Chesterton conference at the University of Toronto, Cardinal Emmet Carter, the Archbishop of Toronto, argued with a wink that more laypeople should be canonized. I spoke at that conference and was present at the sermon, having written a biography of Chesterton, and it took until 2013 for the author’s cause to be formally introduced; now his writings are being investigated with sainthood in mind.

The making of saints is complex, and on some levels absurd. It wasn’t always that way, and in medieval Europe things were much simpler: A saint was proclaimed by popular demand. If enough people were sufficiently loud in the streets of Rome, you were in. Today, however, the panoply of the approved is distinctly odd, with violent, intolerant, and sexually neurotic types joined by authentically good and remarkable people.

In the cases of Chesterton and Hlond, both men had undeniable virtues as well as brutal flaws. Hlond was brave and defiant in standing up to the Nazis, but he also helped to empower their grotesque racism. In 1936, he wrote: “So long as Jews remain Jews, a Jewish problem exists and will continue to exist … It is a fact that Jews are waging war against the Catholic church, that they are steeped in free-thinking, and constitute the vanguard of atheism, the Bolshevik movement, and revolutionary activity. It is a fact that Jews have a corruptive influence on morals and that their publishing houses are spreading pornography. It is true that Jews are perpetrating fraud, practicing usury, and dealing in prostitution. It is true that, from a religious and ethical point of view, Jewish youth are having a negative influence on the Catholic youth in our schools.”

While he rejected violent attacks on Jewish people and property, he called for boycotts of Jewish stores. And while he condemned the Nazi treatment of the Jews, he refused to acknowledge the racist nature of Poland’s post-war pogrom in Kielce in 1946, instead blaming it on what he claimed to be the Jewish support of communism.

Chesterton’s issues are more nuanced. He died in 1936, before the Holocaust was fully operative or exposed, but had condemned Nazi anti-Semitism as early as 1934. But in alliance with his brother Cecil, a convinced hater of Jewish people, and the constantly angry author Hilaire Belloc, he was repeatedly and profoundly hurtful and harmful when it came to Jewish issues. This Roman Catholic triumvirate was renowned for an obsession with Jews, even at a time when casual anti-Semitism was far from uncommon.

The Brit wrote of a “Jewish problem,” commented approvingly of the expulsion of the Jews from England in 1290, called on Jews in public office to be obliged to wear an identifying form of costume, and refused to believe that any Jew could be a true patriot. This led him to support Zionism and the establishment of a Jewish state in the Middle East. Then there were his ostensibly humorous poems that traded in troubling caricatures of Jewish people.

The consideration of the pair of candidates threatens to mask the modern reality that the Roman Catholic Church deserves enormous praise for its reformation of its relationship with the Jewish people. While long overdue, it should be acknowledged that since 1945, and in particular since the Second Vatican Council in the early 1960s, Rome has changed its language and approach, and demanded the same of its followers. Pope Francis is a loving friend of the Jewish people, John Paul II had an empathetic and intimate understanding of the Jewish experience, and the detritus of anti-Semitism is confined to the right-wing fringe of the Catholic world.

But that’s why these two candidacies are so poorly timed. The Catholic right has re-emerged as a legitimate force in the Church in response to the more liberal Pope Francis, and Poland has just introduced extremely provocative legislation criminalizing discussion of any Polish involvement in the Holocaust. The timing could not be worse—and it’s simply not worth hurting people or inflaming political situations for a political, curiously banal process.

Chesterton was a brilliant yet flawed author, and Cardinal Hlond a person of deeply questionable achievements. There are saints who have similar dark skeletons. But there is no need to open wounds or push these men toward something that is contrived and unnecessary. Better a sinner who clearly tried than a saint who clearly failed. Let’s pray—to anyone we like—that it ends here.