'The climate as an election issue—get real!

Letters to the editor, Aug. 14, 2019: Readers weigh in on our special climate change issue, an airline going all-electric and rising inequality in Canada 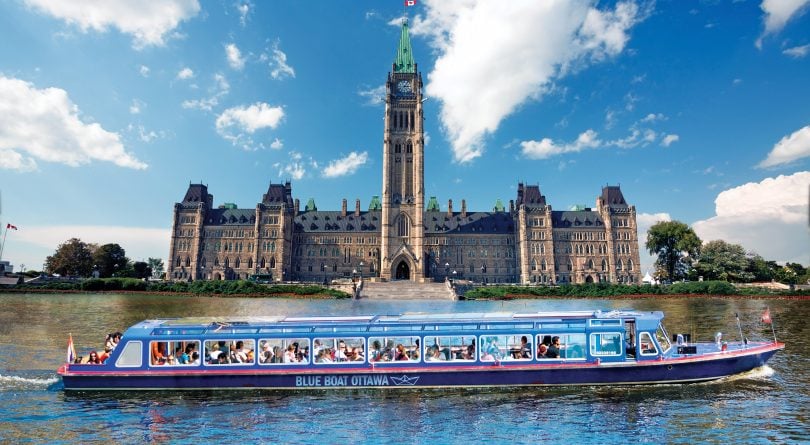 We published a special climate change issue in August that featured stories on Canada’s worst-case scenarios, how we can fight back, and why it all matters so much.

I wanted to thank you for the thorough coverage of the climate crisis in your latest issue. It presented a well-rounded portrait of the present situation, which is catastrophic, without leading us into too much despair. I particularly appreciated the article “The mental block.” To me, it’s the main reason why our governments have not done much to address the situation. The article’s insights into how we react to the climate crisis and how governments have missed the communications boat up to now were enlightening. Despite individual and group efforts, as illustrated in “Within reach of Eden,” I feel that as long as citizens don’t put pressure on governments to act quickly and massively, we face the entire disruption of society in the not-too-distant future.
—Marguerite Kephart, Montreal

Sad to see our national magazine wasting print on this issue! The climate as an election issue—get real! I thought I was picking up the latest end times apocalyptic religious book from Hal Lindsey when I received Maclean’s yesterday. The best answer any politician can give about what they are going to do about the climate was given at a political platform this spring in Onoway, Alta. The candidate for a so-called fringe party simply said . . . “nothing.” Sadly, the progressive mob will follow our current leaders while wasting millions on “chasing the wind.” Honestly, I don’t see any politician on the horizon having the divine powers that Moses, Jesus or the Cree shaman has to change the climate.

Have you ever stopped to think how you would feel about climate change policy if you were facing another 80 years on this planet? I had a recent conversation on this topic with my teenage daughter, and the look of pure anguish and frustration on her face is something I can’t get out of my mind. How long are we going to accept half-policies that don’t get us to the required targets? I feel like screaming every time I read about the pros and cons of policies that, even collectively, are too weak to get us to our Paris Agreement or UN targets. Meanwhile, the clock is ticking. Maybe climate change won’t alter life as we know it drastically in the next 30 years—maybe. But the next 80, 100? Why not be proactive? Why not become a world leader in transitioning to a cleaner economy? Let’s agree that starting on Jan. 1, 2021, all new vehicles sold in Canada must be either electric or hybrid. If the car companies are guaranteed that close to 2 million new electric vehicles and hybrids will be purchased in Canada within the next two years, won’t they be incentivized to meet the demand? Improve the technology? Compete for sales? Government will have to lead to make this happen. We need charging stations and better incentives to make these cars affordable. Ottawa currently spends billions on subsidies to fuel companies and climate change initiatives. We can use that money more intelligently. Oil production is key to our current Canadian economy, and the move to electric vehicles is a move away from oil. Workers will lose jobs. But new jobs will be created. So, let’s demand better ideas, policies and action from our leaders in the lead-up to the fall election. A plan that allows us to look our children in the eye.
—Susan Bates, Toronto

The climate change articles by John Geddes and Alanna Mitchell were long on generalities but short on factual guidance. Climate’s one constant is change, and virtually everything contributes to it. With or without life on Earth, ice ages would come and go, seas rise and fall. The principal human cause of climate change leading to today’s peril is simply rampant overpopulation advancing from the 1930s’ global two billion to today’s seven billion-plus pointing to an unsustainable 12 billion in the near future. Although greenhouse gas emissions (GGEs) are the current focus of anthropogenic causes, many other phenomena have long been involved, including the now drastic disappearance of tropical rainforests. And unless every country reduces its GGEs to zero—virtually impossible with runaway populations—the situation will continue to worsen, since reducing inputs does nothing to reduce the atmospheric GG blanket, the real source of our problem, that now covers the Earth and will continue to for 1,000 years, barring a scientific miracle. Yet we continue to promote useless panaceas such as carbon taxes and cap-and-trade policies. We need to start identifying individual carbon footprints and penalizing the big culprits, greatly reduce air and ship travel, and substitute nuclear-powered electric train networks and dirigibles. If we must use oil, make sure it is Canadian and heavily tax imports. And produce a detailed, actually measured report on all major emitters.
—Alexander McKay, Calgary

The article about mock meat overlooks and simplifies many important issues around the production of food, and meat in particular (“Salvation burger,” Food, August 2019). First, it assumes that all land used in the production of livestock could be used to produce human food. This is not true. Ruminants, in particular, graze on plants that are not digestible by humans, in most cases on land that is not suitable for grain and vegetable production. Grazing land in the Alberta foothills does not grow very good peas. Second, it assumes that grains consumed by animals could be eaten directly by humans. Also not true. During the process of harvesting grain, grading and quality assessments determine that some grains are not suitable for human consumption because of naturally occurring toxin levels or due to other quality measures. These grains are diverted to use as livestock feed. Third, during the processing of grains for human consumption, by-products result, and they are used in the production of animal feed. If there was no livestock agriculture, what would happen to these by-products? This is also true of biofuel production, brewing and distilling. Fourth, the article seems to assume that the only product from livestock is meat. This is far from true. The beef and pork industries result in hundreds of compounds used in many consumer items such as soap and cosmetics. Fifth, there is human food waste that is processed into livestock feed. In my locality, there is a plant that processes expired dairy products into dried milk powder that is used by livestock feed producers. Presumably those products would be wasted or composted otherwise. Sixth, your article states, simplistically, that all the energy, proteins and vitamins supplied by livestock products can be supplied by “salvation burgers.” I’m not convinced. What levels and types of B vitamins are supplied by veggie burgers? Do they contain the anti-oxidant carnosine? If enough people prefer veggie burgers and tissue-cultured meats, those industries will prosper. However, I fail to see the development of that industry as salvation. Perhaps your article is more religion than science or economics.
—Bob Hunsberger, Breslau, Ont.

In June, Ottawa Bureau Chief John Geddes wrote about how extreme weather may finally make climate change a ballot box issue when Canadians head to the polls later this year.

Your article about fires, floods and the ballot box nicely framed many of the issues regarding anthropogenic climate change, or ACC. But I suggest we reconsider your claim that “science failed,” because it allows people to point fingers at somebody else. The basic science behind the effects of increasing atmospheric carbon dioxide has been fairly clear since at least 1896. ACC is indisputable because it is essentially based on fundamental physics: the planet doesn’t choose to warm up—it must. Science failed? If you meant climate scientists failed, is it not because politicians and the public largely ignored their warnings for decades? I would argue everyone “fails” daily. Hardly a useful gauge. Actually, we failed to learn about the serious consequences of ACC and to impart them to our children, practising wilful ignorance, and we failed to apply critical thinking to numerous discredited, debunked and refuted anti-ACC claims from the fossil fuel industry, pseudo-skeptics, contrarians and deniers. We also failed to vote for politicians who actually try to implement meaningful changes, and to accept that we must change our lifestyle and pay for mitigation and adaptation. We are jeopardizing subsequent generations and all life on this planet and need to step up our game, fast!
—Tom Muir, Sudbury, Ont.

In July, Anthony A. Davis wrote about Harbour Air, the airline on the path to an all-electric, zero-emission fleet, for our Best Managed Companies series.

Hard to argue against the high-flying success story of Vancouver’s Harbour Air (“Electricity in the air,” Canada’s Best Managed Companies,” August 2019). There is a darker side to all those flights. Or should I say a noisier side? Most days, from sunrise to sunset in Vancouver, Victoria and the (peaceful) Gulf Islands, HA shatters the environment with its huge fleet of noisy airplanes, disturbing tens of thousands of residents. Summer is worse, as well-heeled tourists are offered plentiful photogenic, low-level flights around Vancouver’s downtown. Back and forth, round and round, endlessly. The tourists are enthralled, and the chief financial officer at HA is no doubt very happy too, but the rest of us have to endure the incessant drone. Quieter, battery-powered engines are a possibility, but realistically, that is years away. Addressing noise pollution, like its cousin light pollution, is low on our society’s to-do list, so perhaps the good folks at Harbour Air might want to take a real leadership role in the interim and, both literally and figuratively, fly a bit higher.
—Gerrard Fanaken, Vancouver

In July, Alanna Mitchell wrote about a flashpoint in the global plastic pollution problem: trash discovered at the Pacific Ocean’s deepest point.

One sobering fact in your coverage of the global plastics crisis stood out: “The great increase in plastic stems from packaging that is used just once” (“Is that my plastic bag in the Mariana Trench?” Science, July 2019). As consumers, we often have choices available to us as we try to reduce our own plastic waste. Sometimes, however, we don’t have this choice, and we rely on businesses to be proactive in helping us cut plastic waste. I hope this means Maclean’s will finally stop wrapping print subscriptions in plastic packaging when there are promotional offers included. Countless other magazines have already abandoned plastic packaging in favour of more environmentally friendly alternatives that protect their product just as well. It’s time for Maclean’s to step up.
—Laura Dunens, Victoria

In June, Editor-at-large Sarmishta Subramanian wrote about how Ontario’s education cuts in the Doug Ford era fuel inequality—and the path to reducing inequality is in the opposite direction.

In the article about inequality, the author notes that one way to fix it is to “redistribute income radically.” I then wondered how many Canadians realize that our income tax system once accomplished exactly that. My first tax return was just before 1960. At that time the tax rate schedule was truly progressive. All during the 1960s, there were 17 income brackets, starting small and gradually increasing to $400,000 (equal to about $3.5 million today). Tax on this amount was $269,070. Now, the top tax bracket starts at $205,842. The top federal marginal rate is only 33 per cent, and the system’s remaining progressivity is now wholly borne by the middle class. The rich have a free ride and the sky’s the limit.
—Charles Van Wagner, Courtenay, B.C.

MORE LETTERS TO THE EDITOR: