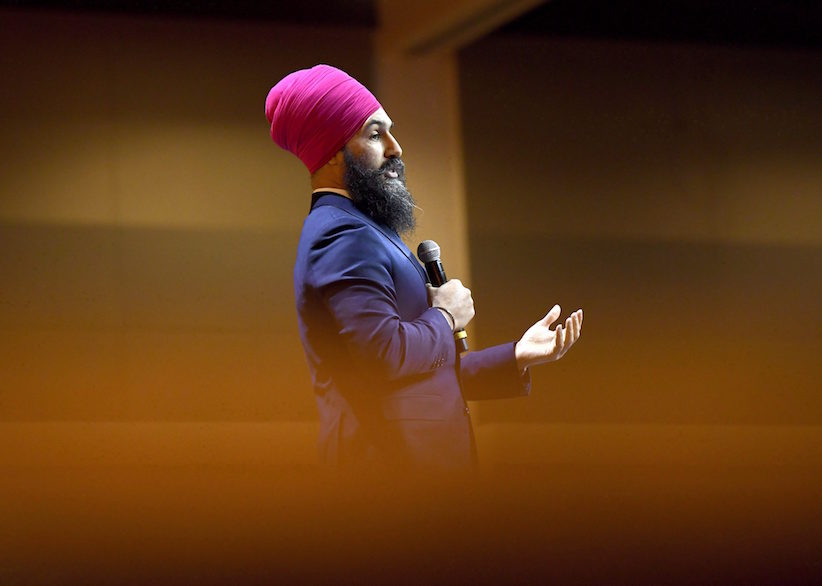 Arshy Mann is a reporter at Xtra.

Hours after Indira Gandhi, the prime minister of India, was killed by her Sikh bodyguards in 1984, India’s then-president Zail Singh rushed to the All Indian Medical Centre in Delhi where her body lay.

As his vehicle got closer, torch-wielding mobs noticed the turbaned Sikhs in the car. They attacked, throwing stones and trying to break down the windshield.

READ MORE: A reader’s guide to the Air India bombing and the bloody conflict that preceded it

My father, another turbaned Sikh, lived around 15 kilometres away, in a majority-Sikh enclave. In the following days, as thousands upon thousands of innocent men and women were maimed, raped and murdered, he and his neighbours fortified their homes and fought off the mobs. They had power in numbers, and so they were largely spared.

My mother’s side of the family came closer to ruin. Their neighbourhood, Paschim Vihar, was a centre of the violence. My uncle, just a child at time, watched a local gurdwara—a place of Sikh worship—being burned before his family found shelter with a Hindu neighbour.

Gurbakshish Singh, who lived a few blocks away, was not so lucky. He was brutally murdered in front of his own father, Swarna Singh Bhatia, who fled to Canada shortly after the pogrom.

“I saw the killing,” Bhatia, breaking down, said 20 years later in an interview with CNN-IBN. “During all this, the police were present. They crossed my house, but they didn’t do anything. Nobody came to our help.”

Balwant Singh Chattwal and Harbans Kaur Chattwal—a Scarborough couple in their 70s at their time—lost their son, daughter-in-law and three grandchildren all at once, according to a Globe and Mail report from 1984. Mantu, the youngest grandchild, was 13.

These types of stories are rarely told in the Canadian press when the issues of the Punjab conflict or Khalistan are being debated. But NDP leader Jagmeet Singh has acknowledged that suffering in a way that makes many Canadian Sikhs feel heard. “Sadly, the pain and trauma of violence cannot be left behind in the country of origin,” Singh wrote in a Globe and Mail op-ed. “It was brought with them to Canada, as it affected the victims to their core.”

His ability to connect that horrific past with the present is a big part of his appeal among many Sikh Canadians, and he has returned to these themes throughout his political career. But while Sikhs killed by the Indian government constitute the majority of victims slaughtered during the brutal years of the insurgency, they were far from the only ones. Many intellectuals, non-orthodox Sikhs, peace activists and journalists were assassinated by militant Sikhs. Bands of militants would pull over buses, remove any Sikh passengers, and then fire indiscriminately at the remaining men, women and children, killing dozens at a time.

And over the last few months, Singh has come under fire for his associations with people who advocate for greater Sikh autonomy in Punjab, for a separate Sikh state—and even some who believe in violence to achieve those ends.

While questions around those associations are legitimate and should be asked, Singh’s stance on Khalistan has been consistent: he thinks it’s up to the residents of Punjab to decide their own fate. And he has never himself endorsed violence. But where Singh falls short is his reluctance to name Sikh perpetrators of violence with the same vigour he utilizes in giving voice to Sikh victims.

For instance, Singh has spoken passionately about the horror of the Air India 182 bombing, where 329 innocent people were blown out of the sky in one of the bloodiest terrorist attacks of the 20th century. But when it comes to the question of blame, he has been less clear.

His initial unwillingness to call out Talwinder Singh Parmar, the founder of a Sikh extremist organization, as the architect of the Air India bombing has now morphed into a lawyerly response: he accepts the findings of the Air India inquiry, which found that Parmar—who was killed by Punjab police in 1992, and continues to be the subject of conspiracy theories that claim he was in fact an Indian agent—was behind the attack. And when asked whether violence is justified in the name of Sikh liberation, Singh equivocates, stating that these sorts of questions are complex when a religious minority is being systematically murdered by the state.

He’s right—these are complicated issues that can’t be adequately answered in a sound bite. But if Singh wants to be able to go back to talking about pharmacare and taxes and pipelines, he’s going to have to find a way to articulate the pain of the victims of violence perpetrated by Sikhs—or risk his leadership being overrun by the politics of the 1980s.

In some ways, it’s not fair to put the burden of decades of bloody history upon Singh’s shoulders. It’s not his responsibility to condemn every Sikh who has committed an atrocity in the name of the faith. But along with being the leader of the federal NDP, Singh is also the highest-profile Sikh politician outside of India. That, combined with his history of activism on Sikh issues, means these are not questions he has the privilege of dodging.

When he talks about the violence that Sikhs have had perpetrated against them with such passion, and then becomes elusive and defensive when Khalistani violence is raised, it makes it appear that he only cares about the former.

That might be acceptable for a Sikh activist trying to bring greater attention to some of the atrocities that have been done to Sikhs. But a federal leader who is looking to represent the whole country has to do more.

Many Sikhs, including myself, are thankful that he talks about the painful history so many families have endured. Those stories are too rarely told.

But the trauma of those years extends beyond just the Sikh community. It’s time for Singh to talk about them too.