Scott Gilmore: "Consciously or not, the Democrats, and the majority of American voters, support policies that can best be described as... Canadian." 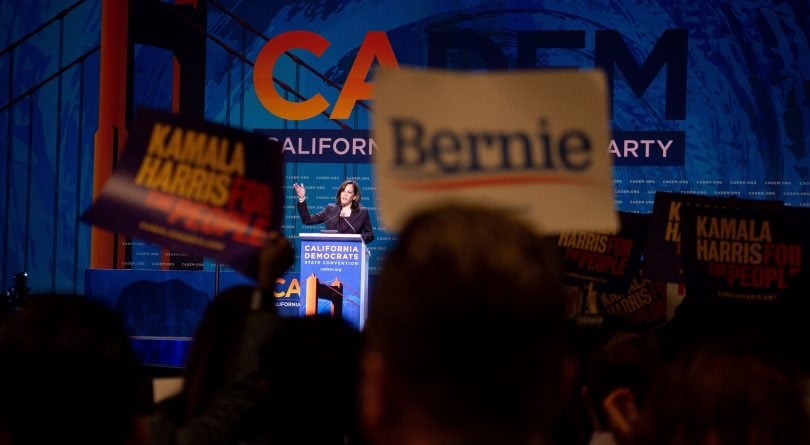 It could be due to our geographic proximity, our entangled history or our steady diet of American pop culture and news. Whatever the reason, the fact is that we chronically compare ourselves to the United States, always worried we don’t quite measure up.

This behaviour is becoming increasingly strange, because by most measures Canada is objectively doing better than its southern neighbour. We live longer. We’re happier. We have less crime and more sex. We’re doing okay. We really need to let the inferiority complex go. If you don’t believe me, take a look at the race for the Democratic presidential nomination.

Donald Trump was elected to the White House on the promise he would “Make America Great Again.” By contrast, the new field of Democratic Party candidates are running on the pledge that they will “Make America Canada Already.” Consciously or not, the Democrats, and the majority of American voters, support policies that can best be described as . . . Canadian.

The most obvious example is health care. For all its faults and waiting lists, Canadian health care is cheaper and provides better outcomes on average than the American system. And, most importantly from the perspective of the Dems, it’s universal.

READ: The American Dream has moved to Canada

Some of the frontrunners—like Senator Bernie Sanders, who has toured Toronto hospitals and praised Tommy Douglas—are explicit about their desire to implement a Canadian-style system. Other candidates, like South Bend, Ind., Mayor Pete Buttigieg, may not want to go all in with the single-payer model, but their policy ideas head in that direction. All of them want health care that’s more accessible—i.e., more Canadian.

The Democrats want a more Canadian foreign policy as well. As the Republican Party moves toward isolationism, the Dems are supporting some of the traditional bedrock tenets of Canadian foreign policy: namely, multilateralism, a rules-based system and strong international institutions. Joe Biden, for example, has spoken often about the need to reinforce NATO. And, with the possible exception of Congresswoman Tulsi Gabbard, they are all vocal boosters of the United Nations.

Some of the Dems part company with Canada on trade, however. While most of the candidates, including Biden, Buttigieg, Beto O’Rourke and Senator Kamala Harris, support free trade and want the United States to re-embrace NAFTA, the WTO and the Trans-Pacific Partnership, others are tacking in the opposite direction. Sanders, Gabbard, Senator Elizabeth Warren and Senator Kirsten Gillibrand can only be described as “anti-trade,” as they echo some of the same arguments made by President Trump—namely that globalization has hurt American workers.

There is more (Canadian-style) unity on immigration, however. Like 77 per cent of Canadians (according to a recent Environics survey), all of the Democratic candidates are pro-immigration. They all support keeping immigrant families together at the border, accepting refugees and allowing visitors from Islamic countries, all very Canadian (and once very American) policies. It’s worth noting, however, that many of the candidates are opposed to Trump’s preference for a “points-based” immigration system that favours well-educated and economically useful migrants—which is the system Canada uses.

READ: Why Donald Trump will fail to divide Canada and the U.S.

The Democratic slate also wants an environmental policy that is closer to Canada’s. To begin with, they believe in climate change, which is, incredibly, still up for debate in the United States. Most, if not all, of the Democratic candidates oppose the American withdrawal from the Paris climate accord, a position shared by all Canadian political parties. Buttigieg, O’Rourke, Gillibrand, Senator Cory Booker and others also want to put a price on carbon, a policy supported by the majority of Canadians.

The list goes on and on. The Democratic positions on gun control, abortion, parental leave, education spending, even criminal justice reform all have one thing in common: they would make the United States look more like Canada.

But these policies would also make the United States look more like everybody else. These positions aren’t just Canadian, they are also accepted by most of the developed world. It’s not that the Democrats want to move the U.S. toward Canada, it’s that the Republican Party has moved further and further away from the global consensus. (Consider, for example, the fact that the Trump administration was the only government on Earth to walk away from the Paris accord.)

So, sadly, the Democrats aren’t really trying to be more Canadian. They are just supporting the same policies that have worked so well for Canada over the past 30 years, policies that have worked elsewhere, too. Still, it’s nice to think that most Americans (at least those on the left side of their political spectrum), whether they know it or not, want to be more like us. That has to make us feel a little less insecure, right?