The emptiness at the heart of Canadian elections

Scott Gilmore: People demand things we don’t need, from politicians who make promises they can’t keep, by spending money we don’t have 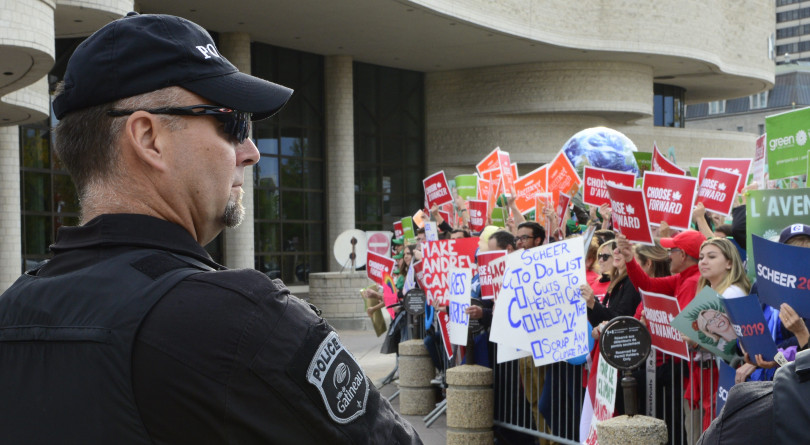 Canadian elections are among the most aggravating in the world. Watching the leaders race around the country, bemoaning problems we don’t have, promising things we don’t need, by spending money we don’t have is exhausting. It’s like watching bad actors in an off-off-Broadway play with no plot, no meaning and no intermission.

Consider, for example, the apparently destitute middle class. Listening to our politicians, you would conclude they are a disadvantaged people, barely surviving, desperately scratching away in the bleak hope their children will somehow survive to adulthood.

Since almost all Canadians consider themselves members of the middle class, odds are you are sputtering at my mockery. I can hear you insist: You are struggling. You are worried about getting ahead. Everyone knows the younger generations are not doing as well as their parents and the future looks even bleaker. How dare I suggest otherwise?

Let’s start at work. The last time our unemployment rate was this low All in the Family was the most watched show on TV. In the 1970s, woman were 50 per cent less likely to even have a job. And the jobs themselves have improved. This is no longer an industrial economy, you are more likely to have a white collar career, less likely to be injured or die at work, and far more likely to love your job. In fact, according to a recent survey, Canadians have the highest job satisfaction in the world.

Life at home is also far better. Just a generation ago we watched a small TV with 3 channels and a fixed schedule of mediocre sitcoms. You, by comparison, are going home tonight to connect to a global network that will deliver, whenever you want, every form of visual entertainment known to mankind. And when you go to bed, on your Memory Foam Custom Posturepedic mattress, while your Amazon Echo sings you a lullaby of jungle sounds, you are not haunted by the nightmare of your parent’s 20 per cent mortgage rate.

Our leisure activities have improved so dramatically it feels like we are living in a different civilization. On date nights your parents had a choice between a bottle of Baby Duck or Black Tower—you, by contrast, have developed strong opinions about Australian varietals. Instead of a battered bag of golf clubs, you have a carbon fibre road bike, a jet ski and an Xbox.

You eat better. You live a decade longer. You are an inch taller. For the vast majority of Canadians, life has never been better.

We are all running around in a circular sprint, cheered on by a massive marketers prodding us to buy-consume-upgrade-repeat, a bankers lending us more and more money to do so, and a politicians promising to subsidize whatever we want most.

This is a race we can never win. If a tax cut allows you to buy an iPhone 11, your neighbour will buy a Tesla. When you can finally afford tickets to Florida, your neighbour flies to Europe. We never catch up to the Jones. Because, if we do, we find new Jones to chase.

And, bizarrely, we allow politicians to pretend they can somehow fix the race in our favour. But of course this is impossible—if the parties succeeded in helping everyone to get ahead, everyone would still think they were falling behind.

But, shamelessly, politicians go along with the charade and promise us they can help everyone win. In truth, they know that they can only tinker on the edges, give us a small tax credit here, or drop a tiny subsidy there. One promise is slightly faster, another is slightly larger, that one comes in purple.

They all have one thing in common, though—they require the government to spend more money than it collects in taxes. In other words, we just keep putting everything on our national credit card.

Here’s the truth: Every party will govern the economy in almost exactly the same fashion. And, no matter which party you elect, next year you will probably be able to buy a new iPhone. And your neighbour will probably buy a better one.

And so it goes. The people demand things we don’t need, from politicians who make promises they can’t keep, by spending money we don’t have. On the bright side, this latest stage adaptation of the farce will soon be over, and we can all go back to wondering why we don’t have a bigger TV.