The existential crisis of Doug Ford: What does a modern conservative government look like?

Opinion: Doug Ford may be the next premier of Ontario, but it's unclear if Fordism is wedded to the backbone of traditional conservative governing philosophies 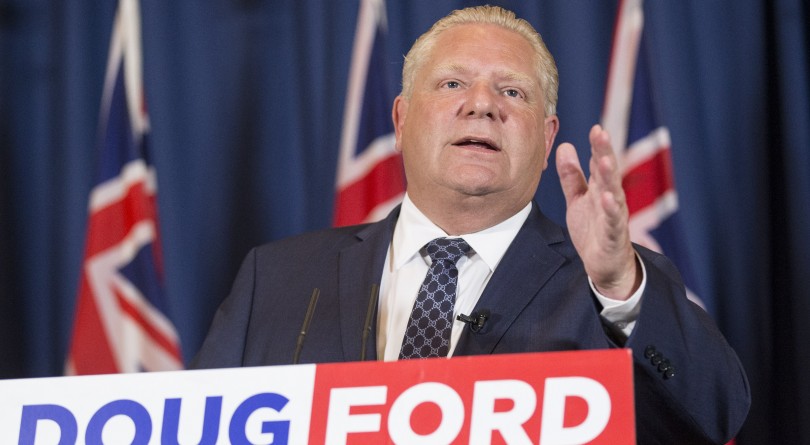 You can take issue with the candidate and quibble with his tactics, but the one thing you can’t argue is the result: Progressive Conservative leader Doug Ford will be the new Premier of Ontario. A hearty congratulations, then, to Ford Nation on their majority win, and to all who fought the good fight, even those who gave up last week.

The result certainly wasn’t the squeaker we were expecting. And while the words “Doug Ford” followed by “Premier of Ontario” will make (at least) 60 per cent of voters choke on their granola this morning, their battle is over, at least for this governing cycle. Sorry “progressives,” the eggs are all in Ford’s basket, and it’s the representatives of the 40 per cent who united under the Progressive Conservative banner who now have a fresh challenge on their hands: that of governing.

Deliverology might now be the preserve of the political left in this country, but Conservatives need only go back to 2006 to recall how important keeping your word is for right-of-centre governments. A big reason for Stephen Harper’s subsequent mandates was that voters trusted him to keep his promises. But Harper didn’t promise the moon (even under much better fiscal circumstances). If he is to succeed, Ford needs to make most of what he promised happen without sinking the province into even worse debt. Good luck to the new finance minister, whoever you are.

Beyond these prosaic concerns lies a much deeper question: what is conservatism as a governing philosophy in the early 21st century? Is Ford the prophet of a new, appealing vision, or just the guy who was around when the other guys drove the province into the ditch, buried the wreckage in debt, and lit it all on fire?

It’s tempting to think the latter. Ford’s pitch certainly wasn’t a conservative vision, at least not according to most 20th century definitions: his spending is both massive and unfunded; he’s flirted with the wrong side of the law; doesn’t exemplify the strengths of the private-sector; nor does rectitude appear to be in his personal vocabulary. But instead of apologizing for these faults, Ford used them to prove he was on the side of the everyman angels. He was as upset as anyone at the debacle that is today’s Ontario.

This is where Ford most resembles Donald Trump, even if his personal timber is nowhere near as crooked. Like the President, Ford capitalized on massive voter dissatisfaction with a stuttering system by framing himself as the non-expert with the simple answer: give the occupants of that system—its experts and bien pensant chroniclers—a mighty good kicking. Having a fully thought-through replacement was a second-order concern.

It’s the mirror-image of the strategy we’re taught to expect. When an incumbent swerves to one side of the spectrum to head off competition, as Wynne’s Liberals did to try and head off the NDP, it leaves the centre open, prompting calls for a moderate pitch from the other challenger. This presumes the fringes of the party making said centrist pitch will follow along for lack of other options. Ford instead took the fringe and campaigned in its voice, reckoning the moderates would stick with him through their desire to oust the incumbent. It turned out to be a smart bet.

Through all of the campaign’s twists and turns it was easy to forget that Ford delivered a simple and effective message: you’re tired of scandal and paying through the nose for things like hydro and gas, and I will cost your wallet less, broader provincial tab be damned. This, paired with a focused last-week pounding of Andrea Horwath’s NDP, saw Ford through, as his team—who, it must be said, held together and never panicked—thought it would.

Bully for Ford. But that fight is over. What matters now is what comes next. Will the new Premier govern in his campaign’s chaotic voice, or will he turn now to the more traditional prose of government?

How you want Ford to answer this question will depend on your diagnosis of the problem. Were voters hacked off because of a more abstract disconnect between an “elite” who govern and those who are governed? Or was the problem a concrete failure of government to do its job and deliver a better life “for the people”?

If the problem is only one of attitude, you want Ford to echo Trump and use government and its platforms as a tool to keep thwacking the elites. If the key to four more years is Ford making a busted system deliver so people are better off, you want a more humble and focused approach. Sadly, Ford’s spotty record as a Toronto city councillor doesn’t bode well for the latter.

Of course, Ford and his cabinet could do both: tweak the elites while delivering “for the people.” Whatever the approach, the goal should be longevity. Raging against government works well in opposition, but it’s a diminishing return when you’re the government. At some point, you need to make the government do its business (limited or not) well, especially when you’re racing toward a fiscal brick wall like Ontario’s.

Here, Ford’s reliance on attitude can only take him so far. People didn’t get tired of the Harper government because of its ideas, as much as they did for its perceived attitude. The advantage of a movement wedding itself to an philosophy is that it gives voters an idea of how things would be if the leader were to be hit by a bus or laid low by scandal. Ford needs to figure out what Fordism will be, lest his “nation” become a flash in the pan.

While people vote against a government as often, if not more often, than they vote ‘for’ an alternative, relying on record levels voter dissatisfaction to fuel the anger needed to drive change is a risky and, unless the incumbent government is particularly useless, a long-term strategy. Now is the time for ford to give people something to believe in and, in a democracy, that should be ideals, not the personal character of the leader. Going all in on id is to submit your movement to individual taste, not more enduring principles.

Because in the long run, all governments die. But a government can outrun its leader, as Ernie Eves and Kathleen Wynne have proven. It’s only day one, but it’s never too early for the PCs to think about life after Ford.