The false equivalency of the criticism of the 'alt-left'

Opinion: Donald Trump believes that in Charlottesville, there was 'blame on both sides.' Except the sides aren't on the same moral plane. 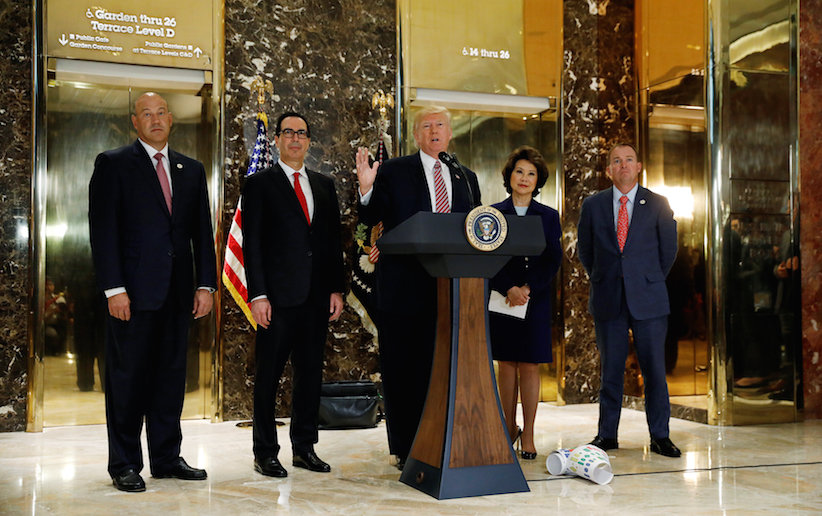 Three years ago, my best friend—a nightclub promoter named Ken—stood on a busy intersection in downtown Toronto, trying to hail a taxi. A female friend accompanied him on the way to a fundraiser for breast cancer research. Every cab going by had a fare in the back seat. As they scouted the road for a lit roof sign, a white man in his twenties approached them. “Don’t trust that n—-r,” the stranger said to the woman, speaking right past Ken as if he were beneath addressing. The woman, it bears mentioning, is white, and Ken is Black. While my friend registered the shock of being called the most degrading slur ever invented to address him, the man spat in his eye and shouted “white power.” A brief fight ensued, and ended when Ken floored the man with two kicks to the thigh.

To sensible human beings, it would come as no surprise that Ken fought back against a man who called him by a racial slur and spat in his face. If there were some bystander who watched that man spit on my friend and invade his personal space, but in a later recounting of the story called Ken a “troublemaker” for retaliating, that bystander’s credibility would rightly be called into question. If that bystander were to offer testimony that Ken was “violently attacking” the man who called him a n—-r, spat in his eye, and shouted “white power,” one might question whether that bystander had some personal beliefs about white supremacy clouding his judgment. Whatever one believes about the proper way to respond to immediate physical harm from strangers, when people shout racial slurs, assault others, and shout Nazi slogans, claiming that both sides were in the wrong would be the least responsible assessment possible.

Responsible assessment, though, has never been Donald Trump’s strong suit. Yesterday, the 45th President of the United States stood before a podium and explained to assembled press that anti-racism activists share the blame for the recent violence in Charlottesville, Virginia. In the President’s estimation, the students, academics, community organizers, and, yes, antifa activists, are as responsible for the shocking violence and hate-driven murder as white supremacists who came armed with with clubs, poles, shields, body armour, and semi-automatic weapons, and a willingness to “kill these f–king people if we have to.” In response to the dozens of media images showing the Unite the Right protesters surrounding a church, with chants of “Blood and soil,” and “Jews will not replace us,” before beating counter-protesters and dousing them with lighter fluid in the presence of lit torches, Trump offered: “What about the alt-left that came charging, as you say, at the alt-right? Do they have any semblance of guilt?”

In Trump’s own words, neo-Nazis were present, and were violent, but the “fine people” marching alongside them bear no responsibility for the atrocious fear and violence they inflicted. For the people marching in protest against them, Trump offered no offered no such benefit of the doubt: “You had a group on the other side that came charging in—without a permit—and they were very, very violent.” And: “[The left] came, violently attacking the other group. You can say what you want, but that’s the way it is…I think there’s blame on both sides.” And: “You had some fine people in that other group, but you also had troublemakers, and you see them come with the black outfits, and with the helmets, and with the baseball bats. You got a lot of bad people in the other group, too.”

Aside from putting away the dog whistle to employ the foghorn, Trump’s use of the word “troublemakers” is instructive. The likening of civil rights and anti-racism activists to “troublemakers,” “agitators,” and “outside agents” is deeply entrenched in the slavery era, and has continued unabated since. After the election of 1832, New Hampshire governor and Jacksonian Democrat Isaac Hill labeled abolitionists as “troublemakers” who were driving a wedge between the North and the South, and that their “pathetic appeals” were sapping the foundation of democracy. In the mid-1940s, after the Supreme Court outlawed all-white primaries, a Brevard County election commissioner responded to a letter from an aide to Florida Governor Millard Caldwell by calling local civil rights activist and NAACP member Harry T. Moore a “Negro organizer” and troublemaker.” After years of harassment and property damage from locals, Moore and his wife Harriet were killed by a bomb planted underneath their home. President Harry Truman, himself a longtime opponent of interracial marriage and desegregating public spaces, once called Dr. Martin Luther King a troublemaker. Popular white sentiment was recorded against Dr. King even in 1966, a year after the Selma to Montgomery marches, and after President Lyndon B. Johnson passed the Voting Rights Act.

It’s easy to denounce past political leaders for putting white supremacists and the people who protest them on the same moral plane. It’s also easy to denounce this President, who is hell-bent on dragging the integrity of his office to hell with him. But there’s nothing being done by Donald Trump that isn’t being done when the Pride flag and the Confederate flag are equated to “the exact same thing.” Trump is not a lone, unhinged voice when he places equal blame on the “alt-left”; the term was born and incubated within centrist liberal thought.

Donald Trump has, for a long time, been known by his fruits. But the rhetoric he uses to denounce anti-racism protesters did not spring from his head fully formed. The President is far from the only one to betray himself by his rhetoric, and he is far from the only bystander whose judgment appears to be clouded by personal beliefs. It shouldn’t have to be said, at this point, that marching in opposition to white supremacy is not “counterproductive.” Yet somehow, we are still having this conversation.

When anti-fascist protesters used violence against the same “innocents” who surrounded a church with torches, doused people in lighter fluid, beat a Black youth bloody, and mowed down protesters with a vehicle, their violence in retaliatory self-defence was the “last resort” so often referred to by those more committed to order than justice. And yet, there are still people who disagree that violence, in response to the spread of violent white supremacy, can ever be deemed appropriate, even in such cases of last resort.

So I’ll go ahead and make it easy: Anyone who can look at the events of this past week and conclude “yes, but..” cannot credibly hold this conversation. If you’re going to offer a take, I suggest you take a seat. And if you will not stand for us, then go stand with the fascists.