The folly of hope during the COVID-19 pandemic

Shannon Gormley: We hoped for the best and did not prepare for the worst. We have new hopes now. We hope to be saved—but what will we sacrifice to get there? 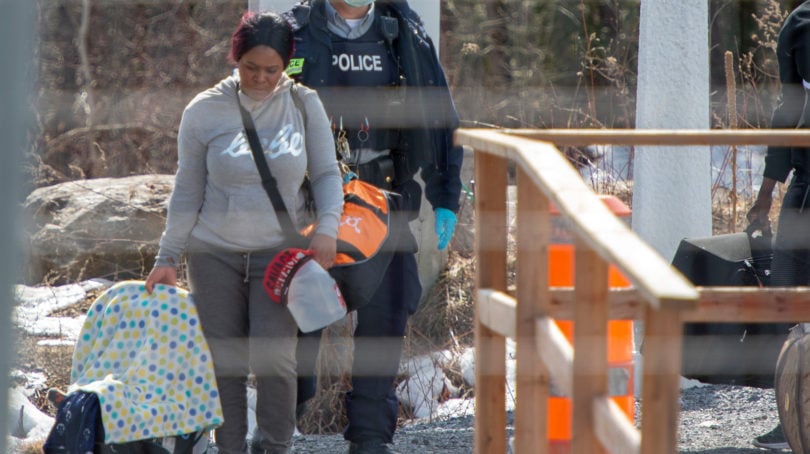 Canada has paused its promise to asylum-seekers; can we be sure that promise will be renewed? (Ryan Remiorz/CP)

It is too late to prevent much of the crisis that was long predicted and is yet to come, but if we fail now to prepare for what we can still anticipate, don’t worry: There’s plenty of time for more to go wrong. We have only to repeat our mistake.

We hoped that something impossible would come to pass—we hoped the world would not face a pandemic. This was not our mistake. Impossible hope is not a mistake. It can lead to great things, after all, if not the thing that is hoped for. Our mistake was rather to behave as though the only possibility we would confront was the impossibility we hoped for.

Experts and experience warned of a coming pandemic, but we did not produce enough ventilators, we did not purchase enough masks, we did not invest in enough epidemiological research. The pandemic came, and it has infected a million people and counting, taken 40,000 lives (as of April 1) and counting, and cost the stock market US$16 trillion in one month. We followed only the first half of those most basic of life instructions: We hoped for the best and did not prepare for the worst; we trusted and did not verify. We hoped and trusted that would be enough.

READ: If the coronavirus emergency legislation is any indication, Parliament must remain open

The error can’t be corrected; only its replication can be avoided. We have new hopes now. Our most urgent hope: We hope to be saved.

We hope, too, that however our governments may save us, they will at no point be tempted to abuse, for their own purposes, the powers they avail themselves of in the name of our salvation. This is a great hope, of course; experience tells us, also, that it is an impossible one. We should not again behave as though the impossibility we hope for is the only possibility we face.

Yes, we may hope that in violating its international obligations to asylum-seekers by trying to turn each and every last one of them back at the border—before the United States sends them back to their home countries—the Canadian government will drastically slow the spread of the virus, and no more. We may hope that by breaking an important human rights commitment today, the government will in no way compromise it tomorrow. We may hope that after attempting to raise our borders to what would in normal times be considered terrible heights, the country will happily and readily slide them down to reasonable levels once emergency times have passed. We may hope this.

And yes, hopefully, by being open to various ways of tracking our physical movements using our smartphone data, governments will only ever contemplate the potential for this data to reduce infections. Hopefully, after harnessing the awesome power of data collection, governments will hand it over again—happily and readily. Hopefully.

And of course, we may trust that, when our own federal government considers whether it might not rather enjoy the ability to tax and spend for 21 months without having to suffer the indignity of asking for parliamentary approval—before it was forced to back down—it meditates on this possibility with the sole aim in mind of supporting the health of all Canadians, rather than pushing through its own priorities. We may trust it, during a public health crisis, to benevolently tax and spend at will—and for its will to tax and spend to dissipate the moment the crisis dissipates as well. Even if it has not earned this trust, it may receive it.

But are all these things necessary? Governments, as well as ourselves, must do all that is required to stop this virus. But what is necessary, precisely, and how can a country reverse what is necessary when it ceases to be so?

Thousands more people will die unless governments temporarily expand much of their power and restrict many of our rights. This illness is one of the greatest collective challenges humanity has known, and many are rightly prepared to do almost anything to make it stop. But as long as governments, with our support, do enough of that which is required of them—demand that everyone stay home strictly enough, shut businesses and schools long enough, ban non-essential travel strongly enough, conduct virus tests widely enough, raise medical capacity efficiently enough, support vaccine efforts rigorously enough—it will stop. Experience suggests that if we do enough, we can cautiously hope and trust that this is going to stop.

If governments do more than enough, what might we have started?

This article appears in print in the May 2020 issue of Maclean’s magazine with the headline, “The folly of hope.” Subscribe to the monthly print magazine here.