The gift of Gord Downie: 'He gave everything he had to this world' 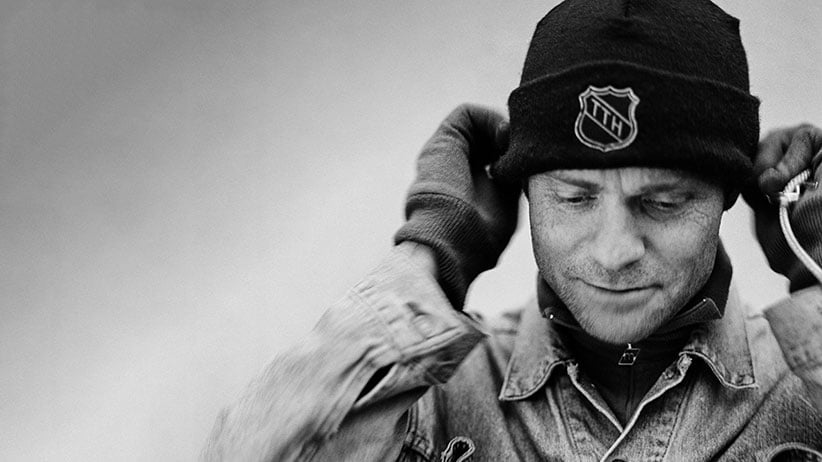 There are two images that sustain me when I think of Gord Downie.

The first comes from a 1995 concert at a fieldhouse in Burlington, Vermont, just across the Quebec border. In 1995 and 1996, we shadowed the Tragically Hip, opening slews of shows for them around America and Canada. We ate and drank and got high together; we shaved our heads together; we watched playoff hockey games in hotel bars, and we took in each other’s shows, studying, studying and stealing. Those were hard times—lots of travel, and long hours wondering if it was worth the push—but they were good times, too. Even though a canyon separated the nature of the Hip’s success and ours, the feeling prevailed that we were in it together. Gord made sure of that.

At first, Burlington felt like just another show: doors cranked open, kids arriving, beer sold, lights down, opening band, more beer, intermission music, lights down again, and then the Hip. “Fifty Mission Cap,” “Courage,” and “Wheat Kings.” Merch, payouts, per diems and bus rides. We rolled it over, and did it again.

Every night, Gord made sure the music was just a little different. The band played their hits, mostly, but each concert was a new leaf, each vocal approach twisted into its own thing. I was there. I saw it. I don’t think he repeated a single between-song rejoinder nor parroted any pre-loved patter, all of this in a modern entertainment where performers are taught to hew to formula and to give the people what they want, which is usually the audience’s four favourite songs and a pandering approach meant to sell hoodies and membership in a fan club.

In concert, Gord probed and explored new ways of verbal and vocal expression, inserting a headline here, a song snippet there, a ribbon of conversation overheard in a diner or gas station where we’d stopped for gas and fries with gravy. He invented melodies within the known repertoire that emerged into new songs on subsequent albums and tours. I don’t think people have grasped how hard it is to perform without a default setting; if anything, invention was his default setting. His mind raced, and the band charged hard and kept up.

Gord’s capacity to work at his art might have seemed obvious to some, but chances are a lot of crowds were too busy having a good time to recognize the gift: the mind working like a set of spinning clock hands to produce something fresh in a world of quantized mixes and auto-tuned singing. This is to say nothing of the energy and focus required to birth the songs new, night after night, the rest of the band locking it down so that Gord could walk his tightrope. Bands are lousy with egos, and everyone in the Hip had theirs, but rarely did anyone pass an elbow at Gord’s waist and ask him to stand next to the drum kit while Bobby Baker soloed. Instead, they tethered their friend as he sailed overhead. It worked beautifully.

That night in Burlington, the Hip’s set ended, and they gathered backstage to draw out plans for an encore. I headed back to grab a snack or drink or pack up our CDs when I came upon the guys huddled against a gymnasium wall. I retreated, not wanting to bother them, but stood just out of sight and watched. Gord Sinclair counted potential songs on his fingers while the rest of the guys either nodded or waved off selections. Gord Downie stood with one arm on Sinclair’s shoulder looking physically devastated, panting, flush-faced with hair and sweat pasted against his forehead and barely able to catch a breath. Sinclair held him up and the singer said nothing, leaving the other guys to sort out the encore. Gord had wrung everything he had out of his body to play the show: a Tuesday night in a fieldhouse in Vermont. They walked up those little stairs back to the stage, where they performed “Blow at High Dough” like their hair was on fire.

MORE: From Introduce Yerself to Donuts, this is what makes musicians’ last albums so brave

The second image that will stay with me happened while playing hockey with Gord, something we did all the time throughout the ’90s and early 2000s. Gord was a beautiful, gentle, personable cat, but he was hard as nails if you skated into his crease. He was tough-assed and competitive and he gravely met the task of playing goal with hard-edged devotion. Intense doesn’t come close to describing how hard he tried on the ice, matching his love of the game with his effort. He wasn’t a beer-league Dominik Hasek, but that’s beside the point. There was no use talking to Gord before or during a game. He’d resolutely put on his armour and caged facemask, sinking into the severity of the role.

One night, I arranged a game outside at a neighbourhood rink in Toronto’s Wallace Emerson community centre. Officially, the skating rink closed at 9 pm, but there were no gates, so we just made our way into the rinkhouse, slid into our gear, and skated out to the ice. The game was lit by streetlights and the occasional passing car, none of its passengers aware that the tall goalie in the hotdog-bun pads and equipment from 1976 was, in fact, Canada’s rock-and-roll laureate, kicking out a leg to stop the puck from finding the corner.

The game was close, 5-5 going into the third period. It was a warm night, so plateaus of ice kept chipping off parts of the rink, yielding little frozen stars with every second shot on goal. Gord yelled, “Can’t see! Can’t see!”, his exhortations the result of screening defencemen and the general low light surrounding the play.

Finally, with a few minutes left, there was a breakaway. The skater pulled Gord wide, carrying the puck to the far side of the net. Gord slid the length of the crease, taking away the rest of the net. I could hear my friend’s shoulder crunch as he came down hard to the ice. He laid there for a moment as the puck leapt over the boards out of play, then pushed himself back to his skates.

I skated over to him and and asked: “You okay?”

“Of course, I’m okay,” he said, sweeping the crease with his stick.

The next day he called to apologize for being short with me on the ice. I told him, “Buddy, no, I get it,” but he said it was uncalled for.

“Shoulder’s kind of sore,” he said, clearing his throat.

There was a pause, and then he repeated:

What these two memories tell me is this: the guy tried. He tried at everything. He gave everything he had to this world, and he kept on giving until he could not. It’s beyond what any of us should expect from heroes or role models or artists we love, but it’s beyond what we expect from friends or family members, too. Gord threw himself at time, fate and the universe. Maybe that’s why he was the way he was when we saw him on stage: way deep in the heart of the gyre, spinning and contorting and speaking closer to the source than most of us will know. He made it look easy, but it was not. The force required to sustain his devotion, and the energies needed to keep pushing deeper were challenging—this made his kindness and altruism even more astonishing—and yet he always found his way back up those little steps.