The influential and controversial life of Canadian preacher Ravi Zacharias

Michael Coren: While his death this week escaped attention in Canada, the Christian apologist was a powerful figure who preached in more than 70 countries 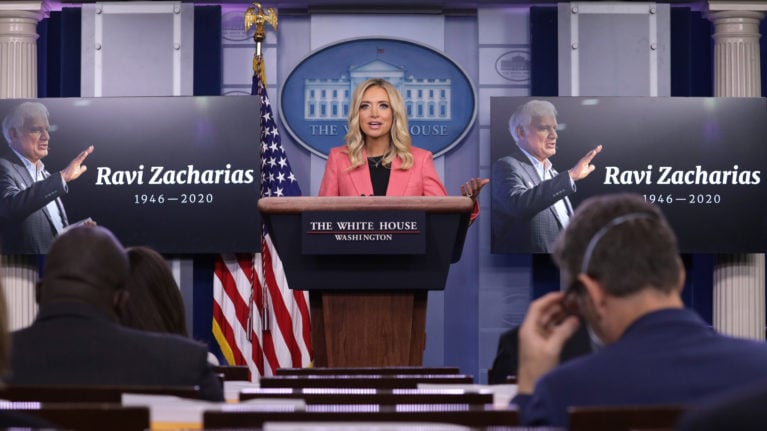 Ravi Zacharias, perhaps the most respected and successful Christian apologist of his generation, died this week after a battle with cancer. He was 74. Born in India and resident in the U.S., he immigrated to Canada when he was 20, studied at what is now Tyndale University in Toronto and still has family in the city. Yet while his death was reported in almost every major American news outlet it was hardly mentioned in the Canadian media. He deserved better.

I knew Ravi, interviewed him several times, and while we differed on certain issues of Christian belief and, by extension, political ideology, I regard him as one of the finest minds I’ve encountered, religious or secular. His grasp of philosophical argument and his ability to counter opposition with charity, wit and depth was truly impressive. He once wrote, “To sustain the belief that there is no God, atheism has to demonstrate infinite knowledge, which is tantamount to saying, ‘I have infinite knowledge that there is no being in existence with infinite knowledge’.” And, “I am absolutely convinced that meaninglessness does not come from being weary of pain; meaninglessness comes from being weary of pleasure. And that is why we find ourselves emptied of meaning with our pantries still full.”

He spoke and preached in more than 70 countries, wrote 30 books, and addressed often-hostile university students in venues the world over. His book, Can Man Live Without God?, sold 500,000 copies. He was a genuinely significant figure, with U.S. Vice President Mike Pence, whatever one thinks of him and his policies, tweeting that he was, “deeply saddened to learn of the passing of Ravi Zacharias, a Christian apologist whose ministry for the gospel of Jesus Christ impacted millions around the world. Ravi was a man of faith who could rightly handle the word of truth like few others in our time & he was my friend.”

READ MORE: Faith during the coronavirus crisis: ‘Love thy neighbour as yourself’

But it would be wrong to consider him of the religious right, as with the risible yet dangerous Franklin Graham or Jerry Falwell. He managed to avoid trite politicization, and the organization he founded—Ravi Zacharias International Ministries—concentrated on intellectual debate rather than any specific ideology. It now employs 200 people in 16 countries.

Of course, with the greatest respect the evangelical world is hardly renowned for its intellectual rigour. As the highly regarded author, and evangelical, Mark Noll said in his seminal book The Scandal of the Evangelical Mind, the scandal is “that there is not much of an evangelical mind.” Zacharias worked to change that, with varying degrees of success. One of his favourite phrases, for example, and the title of his broadcast show, was “Let my people think”.

What people in the Christian world think of him, however, is not universally positive. While they represent a small minority, there are those who look to some examples of scandal in Zacharias’s life, and in a display of morbidly bad and graceless taste and timing were roaring their displeasure within hours of his death, with his wife and family’s wounds still open wide. The allegations are two-fold, one concerning his academic claims and the other his personal life.

He routinely referred to himself, and allowed himself to be described, as Doctor Zacharias, even though he had no valid PhD. It’s not uncommon in evangelical culture for pastors and teachers to use the title, even when their doctorates are honorary—or, for that matter, gained at a less than reputable bible college. In Zacharias’s case he had 10 honorary doctorates but the case still holds. He was wrong. He also claimed attachments to both Oxford and Cambridge, when these were informal and tenuous at best. Again, it bent the truth. Both were rectified when challenged but I’ve never understood why a man of such genuine cerebral talent would have behaved thus.

The other issue is more troubling. In a case that was settled in 2017, a Canadian woman accused Zacharias of sexting and exchanging inappropriate emails with her. He would later write, “Let me state categorically that I never met her alone, publicly or privately. The question is not whether I solicited or sent any illicit photos or messages to her—I did not, and there is no evidence to the contrary—but rather, whether I should have been a willing participant in any extended communication with a woman not my wife. The answer, I can unequivocally say, is no, and I fully accept responsibility.” He also emphasized that while he had always been faithful to his wife, he had, “failed to exercise wise caution and to protect himself from even the appearance of impropriety.”

Neither of these incidents reflect well on the man, but nor are they so execrable as to expunge 35 years of achievement. That, alas, is precisely what some of Zacharias’s critics seems intent on achieving, which is darkly disappointing.

Ravi once said to me, “If you’re looking for a person without blemish, either stop looking or dive deeper into reality. Be good, be great if it’s possible, but when you fail—and you will—make sure that you do and are better.” He will be greatly missed and greatly mourned.