The Liberals need to offer some government for the people 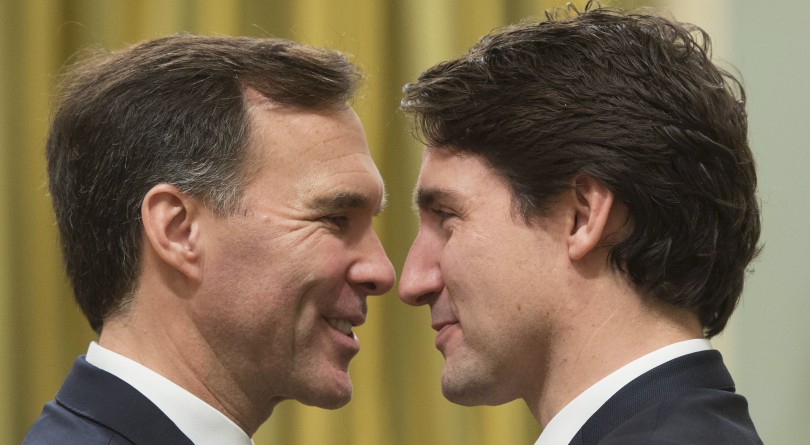 With this year’s fall fiscal update, it seems we’ve finally arrived at a politics in which people are no longer relevant to Ottawa.

Since Trump’s corporate tax cuts, Canadian businesses have been pushing the Trudeau government on the issue of tax competition, arguing Canadian corporate tax costs need to be lowered to maintain capital investment. And Finance Minister Bill Morneau responded, writing a $16 billion cheque for a list of corporate incentives and accelerated tax write-offs. Pip-pip for them, I suppose.

But there was nothing on the affordability crisis. It was as if the people of Canada were erased from their own government’s agenda, their problems pushed off to the never-never plan.

No doubt Trudeau and Morneau have never struggled with affordability. Never worried about paying a dental bill or bouncing a rent cheque. So perhaps they just don’t get it. But most Canadians do.

People are going into debt for prescriptions. They are struggling with affordability of rents and mortgages. The cost of child care goes up and up. But there are known and proven solutions. And the Liberals even make political announcements about them.

In their 2017 budget the Trudeau Liberals made big announcements on two economic reforms that could make a big difference to affordability. That budget announced $5 billion for affordable housing and $7 billion for child care. They sound like big numbers. But only $500 million of the housing money was scheduled to flow in Trudeau’s term. And the child care money was spread out until 2028. It was a promise to make a promise.

Then, in fall 2017, the Trudeau Liberals even re-upped the housing plan announced just six months before, promoting a $40 billion Canadian Housing Strategy. But those numbers also shrank under inspection. The money was spread over 10 years, with 20 of the $40 billion investment claimed by the Liberals actually coming from the provinces. And all federal money was contingent on matched provincial investment.

This spring it was pharmacare. Both the Canadian Labour Congress and the New Democrats have been pushing for a drug plan that would provide universal coverage and reduce the total economic cost of fulfilling Canadians’ prescriptions. And in April, Trudeau was given headlines for stating his interest in the idea. But his only concrete act was to hire a retiring Ontario government Liberal to write another pharmacare report. It’s like a political game of extend and pretend.

In this fall’s fiscal update they dropped the entire pretense, not even promising to make a promise. When businesses tabled their problems, Morneau sent an aid package on overnight UPS express. But when it comes to fixing Canadians’ affordability of everyday life, he’s never even heard of your postal code.

Naturally, advancing reforms like child care, pharmacare and housing sometimes means picking a side in economic standoffs between Canadian consumers and businesses. The billions in lower costs of prescriptions possible under a single-payer pharmacare system, for example, don’t come from nowhere. They come out of Big Pharma. Addressing affordability requires political courage.

But lacking courage has economic consequences. Addressing Canadians’ affordability problems isn’t charity. And it’s not a bail-out. It’s fixing a chronic crisis that has been 20 years in the making and deeply affects the Canadian economy.

Our 20 years of ultra-low interest rates has created monstrous piles of household debt. It’s a threat that should far overshadow any concern about government debt, which today is half the size it was 30 years ago when compared to GDP—and trending further down. Despite this, Canadians’ household debt certainly receives far less political attention.

Canadian household debt has doubled in the past 20 years. We are near historic levels, at about 170 per cent of disposable income. And now interest rates are heading up.

Pressured Canadians need breathing room. And they need political leadership with the courage to act on their issues with the urgency they demand.