John Lorinc: What will Torontonians get from the Civic Innovation Office in 2020? Or is 'innovation' just another buzz word? 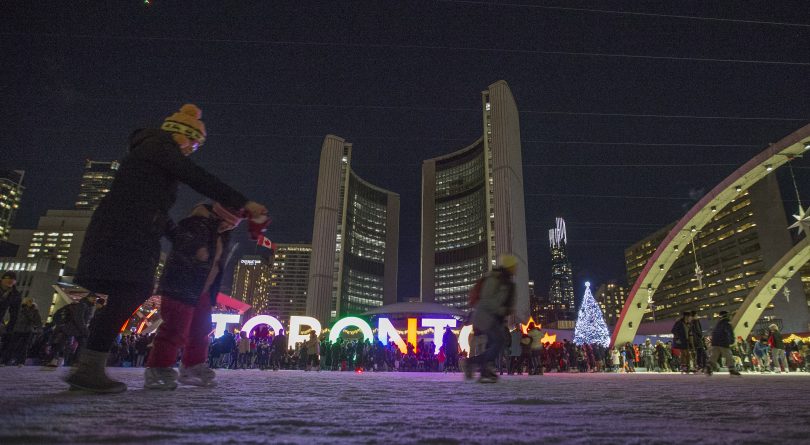 John Lorinc is a Toronto-based freelancer, who writes about urban affairs for Spacing, the Toronto Star and the Globe and Mail

As if to welcome the testy ‘20s, City of Toronto residents at some point this year will be given a new way to complain about municipal services.

Like many cities, Toronto—just over a decade ago—adopted a 311 system, which allowed individuals to phone one number with gripes about anything from potholes to non-functioning crosswalk signals to missed trash collection and so on. The 311 service, run out of a large downtown call centre, marked an improvement over what proceeded it (the whack-a-mole process of calling City Hall), but still left much to be desired. It became somewhat easier to lodge a grievance—via Twitter and a web portal with a profusion of options—but not so easy to figure out how or indeed when officialdom resolved it, if ever.

The new approach, once rolled out, promises to allow residents to not only submit their request but also see how it’s tracking, the way you can monitor how your e-commerce purchase snakes its way through the labyrinthine journey between distribution centre and your porch.

MORE: The woman who reimagined the modern city: The Power of One, episode 5

Eventually, city officials say, Torontonians will even be able to log in to a personalized account page to take care of all manner of municipal business, from summer camp registrations to parking ticket payments. At some point, this system will have the chops to push out information about city programs based on an individual’s previous requests. The holy grail is nudging a giant bureaucracy to view Torontonians as “customers,” and not just walking ATMs. “The new approach will be based on user experience, not individual departments,” says deputy city manager Josie Scioli. “It’s not the type of thinking we have across the organization.”

Part of the tale behind this outburst of user-friendliness can be traced to a term that has become, in recent years, a kind of coin of the municipal realm: “innovation.”

A growing number of local governments now fixate on innovation, with its tech industry connotations, as a cure-all, and it’s not uncommon to find civic officials slinging around phrases from start-up sector’s playbook—“rapid prototyping,” “agile practices” and “human-centred design.”

MORE: Canada is lagging on innovation—and the Liberals aren’t helping

Toronto—with its frothy tech sector and the presence of the 900-pound gorilla of municipal innovation plays, Sidewalk Labs—would seem like an especially receptive candidate for these ideas. But a less visible force has also been driving the municipal innovation agenda: Bloomberg Philanthropies, which provided operating grants for dozens of cities, including Toronto, to set up so-called “i-teams” (“i” for “innovation, get it?).

The deal was that Bloomberg would pay to set up these innovation squads, which would parachute, SWAT-team style, into the maw of the bureaucracy and somehow figure out how to do things more, well, innovatively. The Toronto grant, approved in January, 2017, was worth $500,000 annually for up to three years. Unsurprisingly, i-teams weren’t always greeted with open arms. As one City of Toronto veteran points out, many of the solutions they promoted were already in circulation in the municipal brain trust. Others simply couldn’t make heads or tails of the all the jargon.

MORE: Big money for innovation, but questions about the strategy behind it all

In governments that collect garbage, operate traffic lights and install playgrounds, it’s not difficult to understand why municipal bureaucrats may have found such ideas a bit, well, ethereal. Gabe Sawhney, the head of Code for Canada, a non-profit that provides programming skills to City of Toronto officials, is blunter: “Innovation is a bullshit word. In many cases, it’s deliberately not meaningful.”

As it happens, Bloomberg’s willingness to promote municipal innovation only goes so far; cities weren’t meant to rely on the funding. The grant ended last month, and i-team has been subsumed into the city manager’s office, with responsibility for innovative thinking (and user-centred design) handed off to various officials charged with making the city’s in-person and web-based services less utilitarian.

Scioli and the city’s new director of transformation Asim Hussain are now in the midst of putting meat on the bones of Bloomberg’s innovation imperative, which entails unsexy activities like purchasing a giant customer-relationships management (CRM) system and figuring out how to square all sorts of circles—e.g., creating a “standardized” app that is accessible to a highly diverse city, and not just the people who speak English, own smart phones and can navigate their way around a website.

They also speak earnestly about replacing all those joyless municipal service counters with library branch-based operations not unlike those found in the Apple Store, where easy-going employees wander around the floor, solving your problems and ringing up sales. Innovation, in other words, isn’t just about tech. Indeed, as Hussain stresses, the city understands that some people still prefer to transact municipal business in person. “Channel choice is a core aspect here,” he says.

How much city council is prepared to invest in all this remains to be seen. Scioli says the innovation budget for 2019 was about two-to-three million dollars,  and won’t reveal what’s proposed for coming years. (By way of comparison, the city’s 10-year information technology capital budget runs to $550 million for some 200 projects, many of which have little to do with improving customer experiences.) What’s clear is that the transformative ideas she and Hussain describe sound like they’re going to cost a whole lot more than a few million, and certainly way more than the $1.5 million in grants originally provided by Bloomberg to kick-start all this thinking.

The take-away for municipalities is clear, though not exactly breaking news: thinking up cool new ways to deliver services may be a great exercise for civic officials, but they’ll only work if city councillors can justify the return on investment to voters whose conception of innovative political thinking may involve spending less, not more.