The numbers are in: Canada’s COVID-fighting efforts are among world’s worst

Scott Gilmore: Every day 130 Canadians die. Our economy staggers. We are failing to properly respond to COVID and it may only get worse. 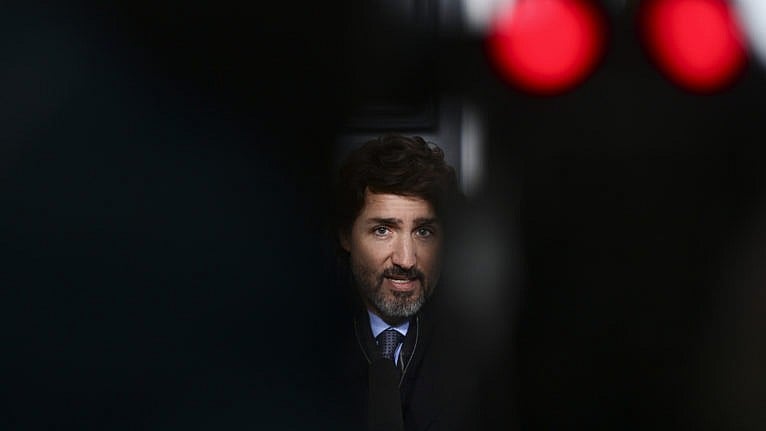 The first step is admitting you have a problem. So, let’s do that: Canada is doing a terrible job fighting COVID. How terrible? The Lowy Institute, one of Australia’s most-respected think tanks, is tracking pandemic metrics to gauge the performance of 98 countries as they respond to this global crisis. Canada ranks 61st. We are behind El Salvador, Belarus and Myanmar.

And the Lowy rankings do not yet take into account vaccination rates. Among nations which have access to the vaccine, and keeping in mind we were one of the first nations to get that access, we rank 35th with a per capita rate one fifth the United States’. It gets worse. Today it was revealed that even that low number is inflated because the Ford government in Ontario has been incompetently double-counting vaccinations.

It is an objective fact we are doing a terrible job fighting the virus. As a consequence, we are being robbed of our normal lives, our economy continues to stagger, and every day over 130 of us die. In fact, we will surpass 20,000 dead in the next few days—the equivalent of the entire population of Cranbrook, B.C., or Collingwood, Ont. If this was a war, it would be Canada’s third deadliest in history.

The only thing our leaders are doing well is blaming others. The premiers, who utterly failed to impose effective lockdown measures when there was still a chance to stop the pandemic in its tracks, and who are currently failing to distribute the few vaccines they do have, are blaming the federal government. The federal government is blaming the manufacturers. And, recently, both levels of government have been blaming international travellers, which is an interesting scapegoat.

The government of Ontario carefully tracks sources of infection. To date, there have been 265,000 cases of COVID in the province. Less than 5,000 or 1.8 per cent of those cases were due to travel—and even that includes domestic travel which is magnitudes larger than international arrivals. But, for premiers like Doug Ford (who not coincidentally has one of the lowest popularity ratings in the country) it’s easy to blame travel because that is not a provincial responsibility. And, for Prime Minister Justin Trudeau, it’s easy to agree because imposing new travel restrictions is one of the easiest things he can do—the rest of it is clearly too hard for him and his government.

I can only assume it is very tempting for Trudeau to create new travel rules, such as requiring arrivals to quarantine at airport hotels at their own cost. He (hopefully) knows that Canada’s COVID numbers are terrible—objectively worse than almost all peer countries, and heading in the wrong direction. He is also the only G7 leader who has not returned to the office and is still trying to manage a once-in-a-century crisis from home. So, understandably, he needs to be seen to be doing something more than just “set an example”. But other than announcing new travel restrictions, the levers currently available to him are few and frail.

Of course, he could acknowledge that given this is a once-in-a-century crisis, and given that the current distribution of responsibilities between the federal government and the provinces has objectively failed, the Prime Minister could invoke the Emergencies Act and implement a national response. (As a thought experiment, if a global crisis, broken economy and 20,000 dead Canadians is not a national emergency, what would be? An alien invasion?)

The current decentralized approach is ridiculous, since Canadians are still moving from province to province, largely unhindered. Unless we close all the provincial borders, it won’t matter if Alberta finally manages to implement an effective response, if B.C. or Saskatchewan don’t too.

If the Prime Minister did implement a national strategy, he could then hire some of the million Canadians currently unemployed, and finally launch an effective test and trace program country-wide. He could compel domestic drug manufacturers to retool and start producing more vaccines. He could, like U.S. President Joe Biden, use the national defence forces to set up regional vaccination centres.

But this would undoubtedly incur a significant political cost; the premiers and pundits would scream foul, and it would simply be hard. If there is one thing this government has proven, they don’t do hard (just ask the First Nations). So, sending a few travellers, who couldn’t even board their flights without testing negative first, to quarantine in an airport hotel instead of at home, is probably all we are going to get.

Canada is doing a terrible job fighting the virus. And, sadly, even if we finally admit this hard truth, it seems unlikely anything meaningful will change—until maybe it gets even worse.