May 11, 2018: Maclean's readers weigh in on Ontario's election, its NDP and Green Party, your Facebook legacy and more 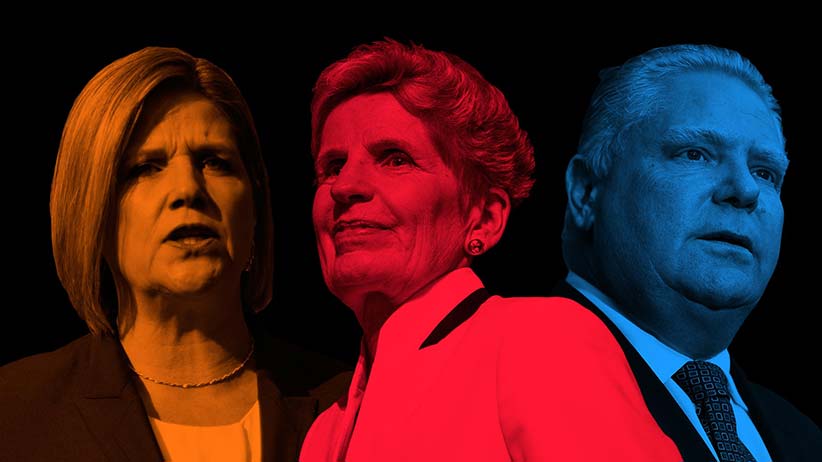 Ontario election 2018 platform guide: Where the parties stand on everything from hydro bills to taxes to transit

In May, Maclean’s provided a guide to the issues at stake in Ontario’s 2018 provincial election.

Very disappointed in the absence of the Green platform in the recent article claiming to compare all the parties running. I expect better. Are you afraid the Green policies make too much sense? Shame on you. The Green should be included in the debates as well. — Lynn Crowder, Port Sydney, Ont.

HAVE YOUR SAY: Want to respond to an article you read in Maclean’s magazine or on Macleans.ca? Write to letters@macleans.ca. Don’t forget to include your full name and where you’re from.

Frankly, I found your election guide to be somewhat insulting to Ontario voters. First, the article totally ignored the fact that the Ontario PC Party has entered into this election without any platform at all. Since the demise of Patrick Brown and his platform, Doug Ford has decided to wing it and give the voters only his verbal take on his interpretation of Ontario politics. Which, to date, has been shown to be poorly thought-out and expensive. But are any of these points explained to your readers? No! Instead, we are misled into believing that the Ontario PCs have a well-planned and costed-platform, which they don’t! Is this an example of good, informative journalism? In my opinion, it is simply poor reporting of the news and of the facts. Does Maclean’s believe in educating the public prior to voting day? Apparently not.

Secondly, the article also ignored the existence of the Green Party and their platform. Why didn’t your reporter investigate this? Then again, the article appeared without any writers’ names attached to it—so the public can’t point the finger at anyone. Is this accountable journalism? The Greens have a valuable role to play in holding the other three parties accountable, particularly on environmental issues. When it comes to a well-developed platform, they are miles ahead of the Ontario PC Party. I found that your article totally misrepresented the positions of the other three political parties and has for some odd reason placed the Conservatives in a favourable light, which it 100-per-cent does not deserve! Based on what they have presented to the public and to the news media (which is nothing!), Maclean’s should be taking them to task and insisting on real answers based on facts. — Dennis Fox, Picton, Ont.

You and other media are deliberately ignoring the other party in Ontario that receives the per-vote benefit paid by citizens, who therefore deserve to be given the information required to make intelligent decisions when they go to vote. As for the debates, why is Mike Schreiner denied participation? Over 20,000 Ontarians have signed petitions at fairdebates.ca and MikeAtTheMic.ca to advocate for Schreiner’s participation in televised debates. A Toronto Star online poll showed that 82 per cent of respondents agreed there should be a Green seat at the debate table. If Ontario elections awarded seats at Queen’s Park proportionally, the Greens would have at least a half-dozen seats, and likely more if people didn’t feel constrained by strategic voting. I find it disingenuous to ignore the party’s popular vote. In my opinion, this decision only serves to stifle debate and limit choices for the public. — Carolyn L. Herbert, Nepean, Ont.

From the editors: After consideration, Maclean’s has decided to update the party platform article to include the Green Party of Ontario.

More on the Ontario election:

Political commentator and former NDP staffer Tom Parkin argued that if the NDP wins the Ontario election, its plan to extend social programs could kick off a much-needed new era in co-operative federalism.

I read foreign media because it is somewhat more reliable and believable than anything in the United States, where journalism simply does not exist. What are considered by some people to be journalists in the United States are really propagandists for the state who are easily made very upset at the notion that maybe government is not always the answer and get very, very upset at the idea that perhaps government should be limited in scope. (That notion does not carry much weight in government circles: even your favourite villain, Donald Trump, believes in state intervention in many circumstances. The presidential election of 2016 indeed boiled down to who would lead statist America for the next four years.) Maclean’s is clearly no exception. Its reporters and journalists cannot conceive of individuals being permitted to make individual decisions because, well, of course, they need to have the state to make the right decisions for them. (After all, the state is exclusively populated by only the best and the brightest, and are completely immune to corruption, right?) Tom Parkin’s opinion piece is a textbook case of contempt for the individual.  Note: “Douglas’s universal single-payer model covered everyone and was more efficient than a hodgepodge of private plans and government assistance.” Freedom and liberty, concepts long abandoned by Canadians, are indeed messy. It isn’t supposed to be efficient. Not questioned here at all of course is how Mr. Douglas (and every premier and PM since) knows what is best for every single individual Canadian and thus is given the power to usurp the freedom and liberty to pay for their doctors as they see fit, as if the government is the parent and the citizens are merely children. Finally, this laughable sentence: “Horwath’s plans extend services to all and make everyday life more affordable.” Yet earlier in the magazine I read Ontario has a $300-billion debt—$12 billion a year in debt-interest repayments, the earlier article notes. And everything outlined here will be paid via taxation, one way or another. Yes, Ms. Horwath wants to punish individual achievement by restricting tax hikes to those earning more than $220,000 a year to pay for all these goodies. That money could go to investment and to the paycheques of other taxpayers, but this logic is lost on many, especially the author of this piece. I commiserate with the voters of Ontario on June 7, having been through a 2016 election that had me voting for Alfred E. Neuman. — Steven M. Thompson, Swisher County, Tex. 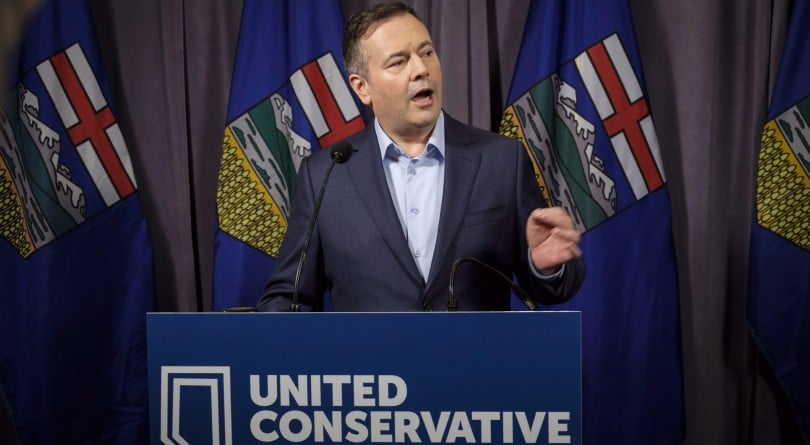 Jason Kenney speaks to the media at his first convention as leader of the United Conservative Party in Red Deer, Alta., Sunday, May 6, 2018.THE CANADIAN PRESS/Jeff McIntosh

In May, Jen Gerson wrote that the UCP leader is in a corner he designed, built and painted, shrugging off the wishes of members he drew to the party in the first place.

Though I appreciate Ms. Gerson’s attention to last weekend’s United Conservative Party AGM, her column has resulted in an unnecessary cloud of confusion surrounding the party’s “invasive medical procedures” policy. As the author of this policy submission, I think it is necessary to rebut two key points within her article to provide greater clarity. First, there has been a good deal of hand-wringing that, should it become legislation, this policy will result in children failing to receive life-saving medical treatment. But the policy reiterates, in accordance with Alberta law, that this principle is subject to “established emergency medical protocols, legal emancipation, or judicial intervention.” Thus, the insinuation that children will die because of parental consent legislation is deceitful. Second, parental consent for the majority of medical procedures is already provincial law and additional legislation would not be unconstitutional, as Ms. Gerson claims. This parental consent policy simply seeks to make an important piece of legislation applicable to all invasive medical procedures, including those procedures that are loaded with emotional weight—a weight that children should bear together with their parents rather than alone and in silence. — Josh Senneker, Calgary

Darryl Phaneuf on Facebook: Fact is no one knows how the May 2019 election is going to go. The polls were dead wrong in 2012 and again in 2015. What on earth makes anyone think they’re any better now? You’re absolutely right the NDP are polarizing… but are we going to pretend Jason Kenney is not? Door swings both ways guys. 2019 is not set… and the only thing I can guarantee you is whoever pretends it is will likely be the one with the most to lose.

Roz Avanthay on Facebook: What is becoming evident here is that Ford and Kenney are loyal to no-one but themselves. They catered to the SoCons who are very much interested in crafting policy and now they are trying to pivot to reach the moderate Conservatives. You have a divided party I’m afraid with many “haters” under that big umbrella and they will cause you grief. Should never have united … not going to work (Pallister pretty much a one-man show here in MB as well).

After you’re dead and gone, will your tweets and Facebook updates even be remembered? 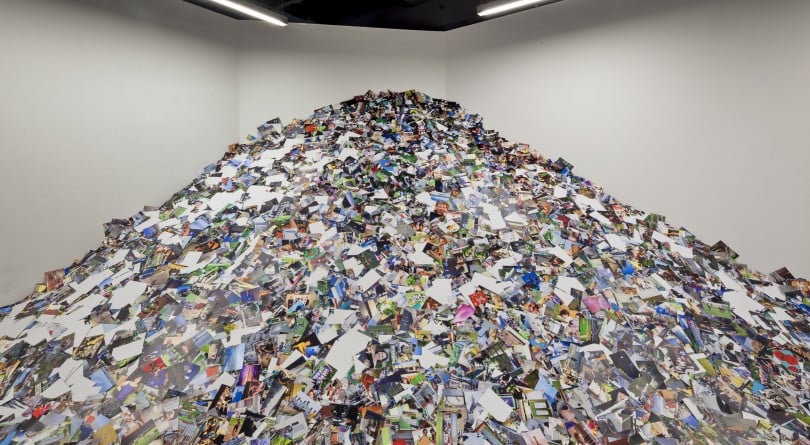 In April, Scott Gilmore wrote that while all of us will leave behind massive piles of digital information, only a tiny fraction will stand out.

As a history teacher, I feel compelled to point out an inaccuracy in Scott Gilmore’s otherwise excellent column, in which he mentions the pyramid built by “the mighty pharaoh Ramses.” It should be pointed out that Ramses or Rameses II (The Great), who ruled Egypt for most of the 13th century BCE, built no pyramids. By the time of Ramses in the New Kingdom period, pyramid-building was a distant luxury relegated to pharaohs of Egypt’s Old Kingdom, who had the resources to afford it. Ramses II is nonetheless known for his extensive building works throughout the country, most notably the grand temple at Abu Simbel. He has indeed cast a large shadow down the years, serving as the inspiration behind Shelley’s immortal poem “Ozymandias,” which Mr. Gilmore uses neatly to tie up his article. — Jon Kornelsen, St-Pierre-Jolys, Man.

How did good parenting become a crime? 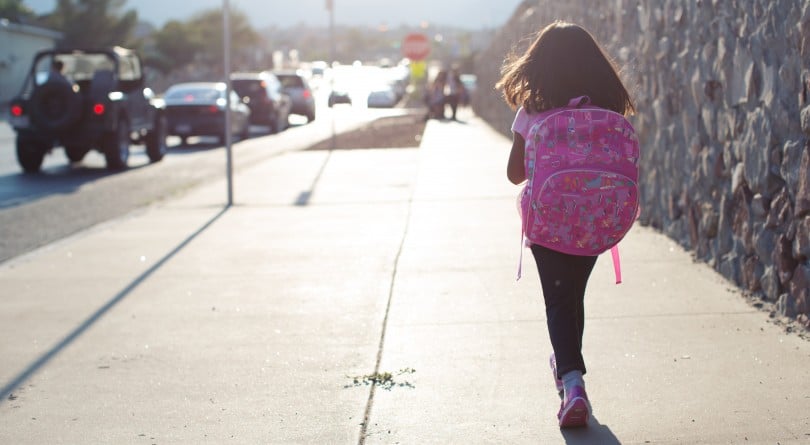 In April, Aaron Hutchins reported that parents who allow their children a certain independence risk disapproval or worse.

Adrian Crook, the Vancouver dad who is taking on our over-zealous and largely nonsensical child-protection authorities, deserves our strong support; surely it is  time to put an end to the “nanny society” before it takes over the lives of our children and our families! Let us call a halt to measures which, in the name of safety, actually decrease our children’s opportunities to grow into independent adults. Time to set limits so youngsters can grow into responsible, thinking young adults and surely time to put an end to the legal beagles who will sue, at the drop of a hat, when accidents occur. And, let’s face it, accidents do happen!  When I was a boy in England (long ago, I must admit), we played rough-house games like British bulldog and others that were even rougher—and we loved them; I don’t recall many injuries but I do have fond memories of those days. So, let’s send a clear message to our overly protective authorities: please, get a grip! — Eric Balkind, Guelph, Ont.