The political terms 'right' and 'left' are simplistic, damaging, and need to be retired

Anne Kingston: The binary labels have lost their way with blurred definitions, centrism and crumbling ideology 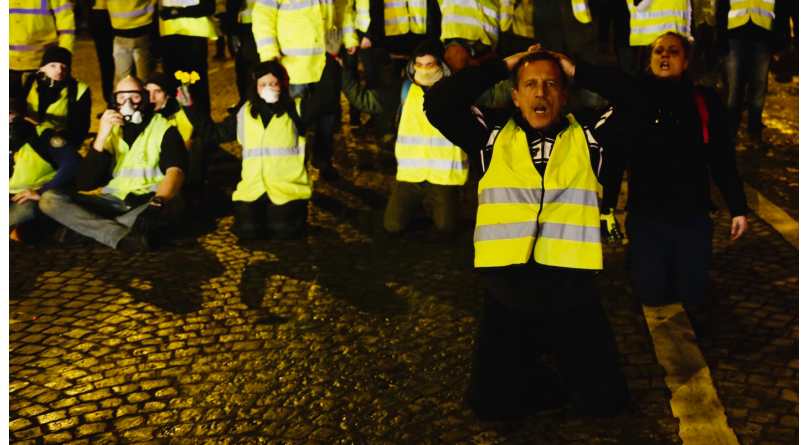 “Right” and “left” are useful words if you need to tell a driver which way to turn. Within the political realm, the binary descriptors are past their expiry date and should be deep-sixed.

If you want to blur, however, the words come in handy. Exhibit A: The “alt-right,” which sounds like a keyboard command rather than a catch-all for white supremacists. Protesters rallying under a “Unite the Right” banner in Charlottesville, Va., in 2017 weren’t talking Edmund Burke but Oswald Mosley.

The right-left axis is traceable to the most mundane of arrangements: seating, specifically in the French National Assembly after the French Revolution ended in 1789: royalists on the right, anti-royalists on the left. As a way to codify theories about the role of state, capital, individual rights and even human nature, the labels serve a purpose. In today’s polarized landscape—where situational microaggressions and name-calling prevail—they’re downright quaint. Now it’s “snowflakes” vs. “basement dwellers,” with feelings about Jordan Peterson providing the ideological line in the sand.

READ: This is what’s wrong with Canada’s Left

The utility of right-left and conservative-liberal labels was upended with the arrival of “neo-liberalism,” a retrofitting of early liberal theorists, such as 18th-century Scottish economist Adam Smith, into a laissez-faire capitalism avidly embraced by Margaret Thatcher and Ronald Reagan.

In ensuing decades, the political establishment, right and left, conceded authority to the rules of the marketplace, giving rise to a political spectrum disorder playing out in global violence in which right-left extremes form a kind of Möbius strip.

Given rising economic inequity, few “winners” and a legion of disenfranchised, the fracture is not between right and left but between those who have and those who have not, and between old-style mainstream politics and those rejecting it by voting for Brexit or supporting Donald Trump. Gilets jaunes protests in France have united ultra-left and ultra-right urban guerrillas in anger against fuel prices, the high cost of living and tax cuts for businesses and the rich. Ironically, French President Emmanuel Macron ran for office under the slogan “neither left nor right.” He’d cut taxes for the rich then attempt to appease the poor with tax cuts and Christmas bonuses.

READ: This is what’s wrong with Canada’s Right

In an era of nakedly transactional politics, the traditional ideological underpinnings of right and left have dissipated, notes Clive Veroni, author of Spin: How Politics Has the Power to Turn Marketing on Its Head. The American “right” as represented by the Republican party has become “a Frankenstein monster stitching together disaffected groups from leftover Tea Party types to Evangelicals to other odd groups that doesn’t have at its centre what the Republican party used to have, a set of principles,” Veroni notes. “Who could have predicted the GOP would be the one standing up for Russia and disparaging the FBI?” On the left, the U.K.’s Labour party is similarly advancing its own interests in the face of Brexit.

Polarized situational politics are amplified by social media, which rewards and encourages extreme, simplified opinions. Lost in the noise, as the middle is being vanquished, are the voices and sensibility of moderates.

Continuing to see politics in terms of a lateral left-right divide ignores wider and more dangerous chasms—most notably between facts and denial of facts. As Guardian columnist Jonathan Freedland wrote this year: “We are now in an era when the argument is no longer over our response to events, but the very existence of those events.” He cites Pink Floyd co-founder Roger Waters calling the Syria Civil Defence (also known as the White Helmets) “a fake organization that exists only to create propaganda for the jihadists and terrorists,” a claim that’s been repeatedly debunked. Other examples of “tribal epistemology”—the view that only one’s own tribe can be trusted—abound: denial of climate change, denial of the Sandy Hook school shooting, denial of the benefits of vaccines. The list goes on.

Thinking in terms of a horizontal right-left spectrum is not only outdated but contains implicit bias in ignoring how hierarchies and systems dominate politics, economics and social life. Shift the spectrum vertically to assess how politicians or parties further entrench hierarchies of power or dismantle them, and a new way of thinking just might emerge. And just when it’s most needed.