Pam Palmater: The election result is yet another sign that Canada is becoming fertile ground for far-right groups 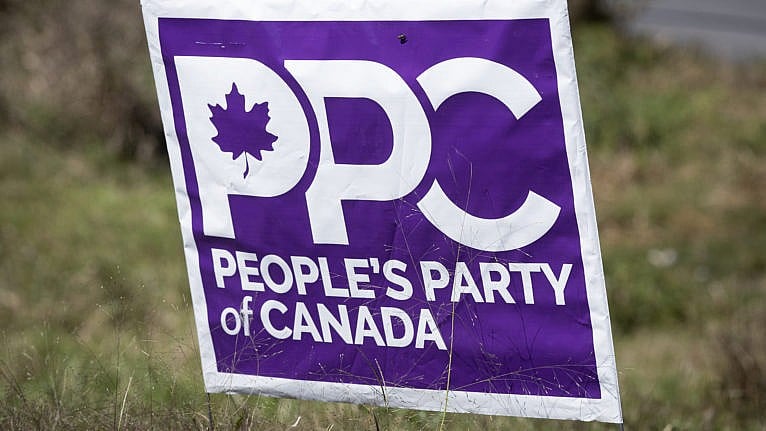 Pamela Palmater is a Mi’kmaw lawyer and the chair in Indigenous governance at Ryerson University.

The Liberals held a snap election in the middle of a pandemic, rolling the dice to gain a majority government, and they lost. Although the votes are still being counted, 320 of the 338 seats have been confirmed, and while the Liberals held on to their minority government status, they look to only gain one additional seat. At an approximate cost of $610 million dollars—which does not include the costs borne by Canadians to travel to their voting station or arrange child care while they stood in line for hours—this election, by any measure, cost far more than it was worth. However, the results did reveal a growing threat to public safety that has been largely unaddressed—the rise of far-right groups who have used the stress and uncertainty of the pandemic to gain support.

While most political analysts were focused on whether the Liberals would hold on to their minority government, something else was happening throughout election night: the People’s Party of Canada (PPC) popular vote count continued to rise. In fact, they more than doubled the votes for the Green Party. In 2019, the PPC had almost 300,000 votes. But this election, at last count, the current total is more than 800,000—more than double that of two years ago. While none of the candidates in the PPC—not even leader Maxime Bernier—has won a seat, the party has been able rally the angry anti-maskers and those opposed to pandemic health measures under their far-right umbrella. A closer look at some of those who’ve joined the party include those who were rejected by the Conservative party or gained some degree of notoriety from racist rhetoric, or are opposed to pandemic health protections. And almost a million Canadians support them.

Although the rise of far-right populist rhetoric and groups is not unique to Canada, the federal government has been largely silent about the public safety risk it poses to Canadians—especially Black, Indigenous, and racialized people and women. Hate crimes have increased by 37 per cent in the last year and the proliferation of online hate groups in Canada is of particular concern. According to recent international studies, Canadians are among the most active in online right-wing extremism, which includes spreading racist, white supremacist and misogynistic views, and plotting acts of violence. While the United States has received the bulk of media attention for the rise in far-right ideology and violence in their country, the disturbing fact is, that Canada produces more far-right online content per web user than any other country. The violent inclinations, and ability to wield social media to recruit and radicalize younger Canadians, must be understood more broadly than the current lens of trying to address individual hate crimes: this is a group mentality.

The PPC platform contained just the right combination of commitments to speak to those with far-right ideologies, anti-Indigenous views, pandemic gripes and pro-gun attitudes, including their promises to maximize freedom of expression (allow more hate speech); cut funding to universities if they silence those espousing hateful views; cut funding for CBC; cut funding for foreign aide; and lower the number of immigrants and stop the flow of refugees into Canada.

Beneath the surface of these promises are deeply embedded racist views against non-white people which would be bolstered by their plan to repeal multiculturalism laws and cut funding for multiculturalism with a view to forcing integration into Canadian society and culture. This together with the party’s promise to end the ban on military style weapons, is a recipe for disaster that appears to be gaining traction in Canada. While some may see individual incidents of Proud Boys and other white supremacist groups as one-off incidents, we know they are part of a larger phenomenon that is loosely rallying around the PPC. This Liberal minority government must look beyond the politics of the vote count and the fact that neither Bernier nor any of his candidates won any seats and consider carefully at what 800,000 votes for the PPC means in terms of far-right organizing and to public safety in the future.

Clarification: Due to an editing error, a hyperlink in the original version of this post referencing PPC candidates who’d been rejected by the Conservatives led to a story about Derek Sloan. Sloan did not join the People’s Party after being ousted from the Conservative Party caucus.