What the saga of a short story tells us about sex, lies and truth in fiction 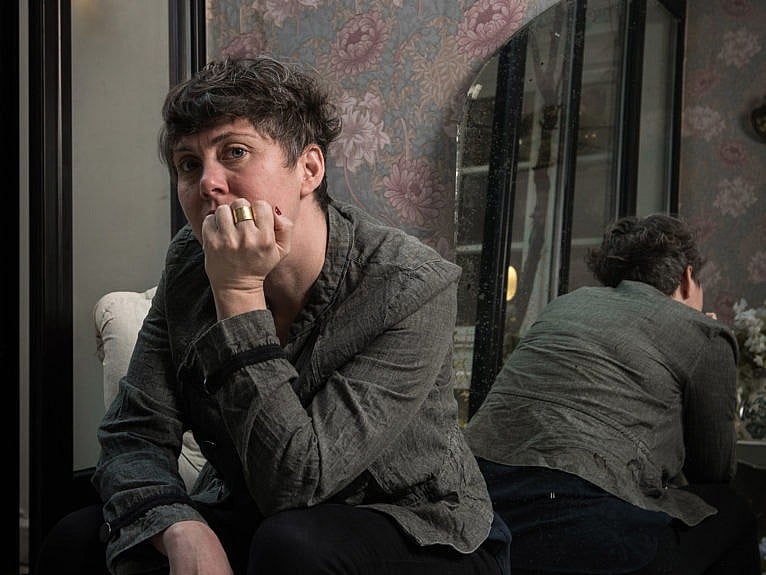 Years ago, at a reading at the Woody Point Writers Festival on Newfoundland’s west coast, author Michael Winter made a joke about the rather liberal use of real-life detail in his fiction. His own brother, he told the crowd, had threatened “to deliver a blow from which he would not soon recover,” if Winter included any more truth in future fiction. (I may be paraphrasing here, but the gist is the gist.)

The novel he was referring to was the cheekily titled This All Happened. I found myself thinking back on that moment a few days ago when, like fiction writers all over Twitter, I was blind-sided by an article in Slate that claimed a New Yorker story had stolen someone’s life.

The short story in question is Cat Person by Kristen Roupenian, about an 18-year old in a relationship with a man in his 30s. First published in 2017, the story hit the internet like wildfire and spawned a seven-figure book deal for Roupenian and an upcoming feature film, giving hope to fiction writers everywhere. This was at the height of #MeToo momentum. I think it’s a mistake to say the story’s popularity was only a product of the moment, but the moment made it more likely that women, especially, would share it. We shared it because it felt universal—brutally so. For many women, Cat Person was damn relatable.

Roupenian said at the time that the story came out of an encounter she’d had with a man she met online. She was an MFA student, and in her 30s. In last week’s Slate essay, writer Alexis Nowicki laid out her horror upon encountering the story and realizing that a number of the details—the girl’s hometown, the college she attended, the job she held at a rep theatre—appear to have come from her own life, and her relationship with someone who was recognizably the same man. She wasn’t comforted by her discovery that Roupenian knew the boyfriend, and had harvested the details from Nowicki’s social-media accounts. “I felt invaded,” Nowicki wrote. “I wanted to yell at her. But when I tried to imagine what I actually wanted to say, I wasn’t sure.”

Twitter went wild, with readers struggling to understand how a writer could justify using such real-life details, and writers rallying to defend themselves. Memorably, American author Lauren Groff tweeted: “I have held every human I’ve ever met upside down by the ankles and shaken every last detail that I can steal out of their pockets.” Same, girl. Same.

The entire weight of Cat Person, what made it resonate, was exactly the part that Nowicki says bears no resemblance to the truth—the dynamics between the pair, the bad sex, and the gut-punch ending, which “diverges completely from [her] reality.” It’s reasonable that Nowicki was taken aback to find the little details that matched. One wonders why Roupenian didn’t think to change them. In the end, do they even matter?

Maybe, as Roupenian eventually admitted, she never expected the New Yorker to take the story, or never expected it to spread like the wildfire it did? Yes, absolutely.

But there’s also something else. In my first novel, The Devil You Know, my character Evie refers to an anecdote about high school, in which her friend Larissa goes to a Grateful Dead concert and forgets to come home. It’s a backstory detail, incidental to the novel. But here’s the thing: this truly did happen to a friend of mine. When the book came out, another friend emailed me: “That story about Larissa…” she wrote. “But that’s just… that’s Lara. You didn’t even really change her name!” I was as shocked as she was. I’m sure I meant to change her name. I’m sure I meant to change part of the anecdote? But by the time I’d finished a first draft, I was so immersed in the world of that novel, in Evie’s world, that I no longer recognized the anecdote as having happened in real life.

I think this is what is so difficult about writing fiction and what makes it so important. Fictional stories are not true stories. Fiction writers do not transcribe the truth, but rather use elements from life to create stories that feel Deeply True— so deeply true that they become universal. That resonance is what made Cat Person a success.

It was not that an 18-year-old once worked at rep theatre near Ann Arbor, but that a different, made-up 18-year old found herself navigating the difficult power dynamic of a fictional relationship with a much older man, a kind of relationship that many women have grown to adulthood seeing reflected positively in novels and cinema— in stories largely written by men.

Perhaps my protesting comes a little from the fact that my new book, The Retreat, too, bears the stamp of real-life. Like my character, Maeve Martin, I went to a two-week arts residency in the mountains. Like Maeve, I had just come out of a difficult marriage and had to leave my kids with their grandparents and I, too, felt the stakes were so high—I had this one chance to invest in my career as an artist, to make sure that I valued my own momentum. So, some of the elements that make Maeve feel so real, do come from lived experience. Mine.

My first marriage was bad, but I don’t have a scar on my hand to prove it, as Maeve does. I am a writer, not a dancer; it’s salient that the most frequent question I have been asked so far is not about the suspense or the plot, but rather, “How did you get inside her head in the dance sequences?”

Simple: I asked two friends—both dancers— how they talk to themselves when they are working. Then I wrote down all their answers. And, like Roupenian, I put those details in the book. That’s what writers do.

When it first appeared, Cat Person was often referred to as an essay, or an article, or a “piece”. Readers were so ready to believe Roupenian’s authority they assumed the story was about her own life. I would go a step further and say there is a particular eagerness to decide that when women write, they are really writing memoir, or confessional, as it used to be called in poetry. Now, with Nowicki saying some details were hers, I suspect those same readers feel betrayed.

Regardless, there are at least three versions at play here: Roupenian’s fiction, Nowicki’s reality, and one that exists as a kind of friction between the two. But this friction always exists between writer and reader—as we read, we invariably insert ourselves in the narrative, with our own experiences as a filter, each of us understanding the story in a way that feels particular.

In writing Maeve Martin, I used real-life details to distill a character burning with ambition and self-doubt, a woman who has already survived a great deal by the time she arrives at the retreat. Will readers recognize themselves in her?

It occurs to me that some part of Nowicki’s reaction may stem from the fact that the story has forced questions about her real-life relationship that she would rather leave in the past. “I wanted to yell at her,” wrote Nowicki. “But when I tried to imagine what I actually wanted to say, I wasn’t sure.” A good story leaves us feeling not just entertained, but perhaps uncomfortable, wary—or, if the writer has done her job—compelled to reckon with ourselves and our own histories, too.