Scott Gilmore: They may be the only documents in any government's archives worth reading—being disarmingly frank, entertainingly worded, often shocking, and occasionally even funny. 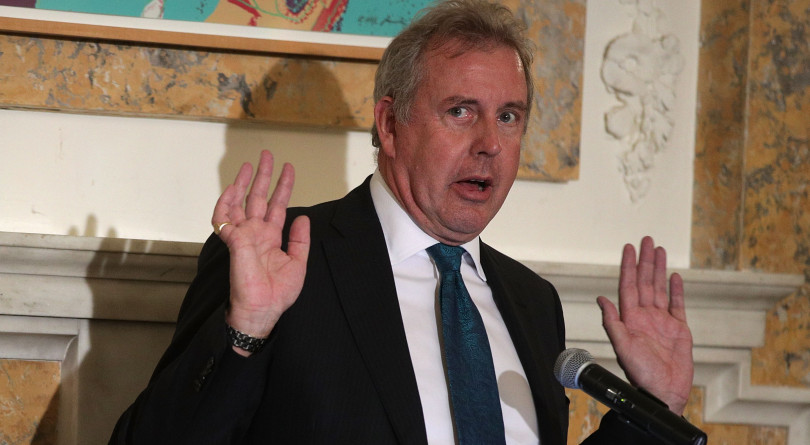 The (usually) secret world of diplomatic reporting is a fascinating one. We were given a brief glimpse of this when the cables of Sir Kim Darroch, the British Ambassador to Washington, were leaked to the press this week. They revealed a public servant describing the American president and occasional ally of the United Kingdom as “clumsy,” “inept” and “radiating insecurity.” Pearls were clutched. Heads shook in sadness and dismay. Sensitive men shouted angrily that they were not sensitive.

The secret diplomatic cable, as a bureaucratic artifact, a historical document, or a form of literature, is a thing apart. Governments produce literal mountains of paper, most of which is never seen by the public. This is a blessing, as almost every single piece of it is turgid nonsense. The files contain either the dullest mechanical recording of the mundane, or the most cautiously worded analysis, written to ensure no one could ever accuse the author of having anything resembling an opinion. Typically, in any government’s vast archives of official documents, the only thing worth reading will be the diplomatic cables. And they are very much worth reading—being disarmingly frank, entertainingly worded, often shocking, and occasionally even funny.

This is for a few different reasons. First, diplomats are unique among bureaucrats as they are typically recruited based on their ability to communicate. (Unlike actual “communications experts” who are hired for their capacity to deftly prevent the transfer of information.) And, once in the Foreign Service, diplomats are specially trained to write well. This includes an emphasis on being able to pour as much meaning into as few words as possible – an anachronistic virtue from the days when classified telegrams were encrypted by hand, a time-consuming process.

Second, diplomats tend to be extremely well briefed. Not only are they experienced in observing how governments really work, they have access to sources that journalists and academics can’t even imagine. Embassies are privy to all the gems of their intelligence services, and in the case of Canada and the other Five Eyes members, to the most interesting surprises collected by their closest allies. But they also get private and detailed briefings, directly from the mouths of foreign officials. A diplomat can literally walk into the highest offices in the land, ask the most frank questions, and expect reasonably honest answers.

More significantly, diplomats are masters of the dark arts of the late-night drink. For reasons I’ve never quite understood, regardless of the culture, the country, or the government, experts, politicians, military officers, and bureaucrats (my God, especially bureaucrats) are almost sexually thrilled to gossip with a foreign diplomat. It represents, I suppose, some sort of holy transgression, triggering a rush of endorphins that will literally make their hands shake with giddiness as they naughtily describe their leader’s last temper tantrum, or reveal which general is sleeping with his boss’s wife. As a result, foreign diplomats frequently know more about what is going on in their host country than the local government does.

But, perhaps the most important reason diplomatic cables stand out as truly fascinating reading is that they are genuinely private. They do not circulate around the bureaucracy. They are usually exempt from access to information laws. And even the government in power has limited access. This allows ambassadors to write that rarest of things—the truth—in the comforting knowledge they are safe to do so. In fact, they are not only safe to do so, the entire purpose of the job is explain to their governments the unvarnished reality of what is happening abroad.

Which is exactly what Ambassador Darroch was doing. And, I can assure Canadians, what our embassy in Washington also does. There is no doubt our current ambassador, David MacNaughton, has sent back similar reports to Ottawa—as every other Canadian ambassador has done, from every foreign capital, for every previous government. You can find cables in the National Archives describing (in lurid detail) inebriation, infidelity, idiocy, and incompetence, about all our allies and all our rivals. I even wrote a few myself.

In fact, if you are ever in Ottawa, I would encourage you to stop by the archives and snoop about. You will find it much more entertaining and informative than some of the local museums, Question Period, or, heaven help us, the tulips.

Scott Gilmore is a former diplomat and social entrepreneur who works in (and writes about) the United States, Africa and Asia.