The troubles in Thunder Bay should trouble all Canadians

Perry Bellegarde on the way forward in Thunder Bay, where seven Indigenous children have been found dead since 2000 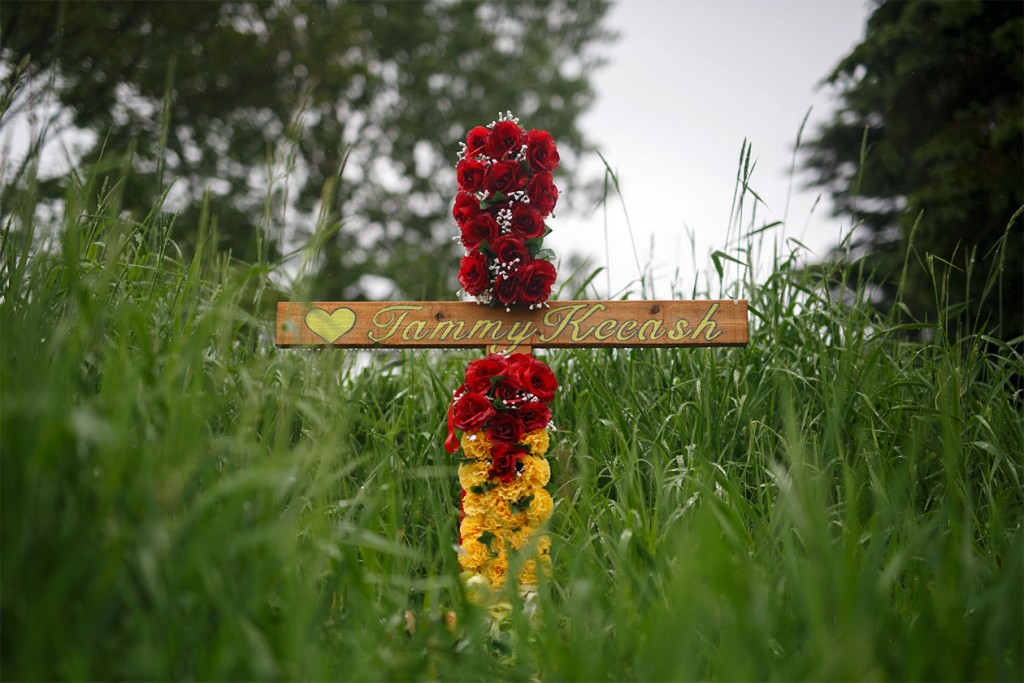 A memorial for Tammy Keeash is seen in Thunder Bay. (Photograph Cole Burston)

Perry Bellegarde is the National Chief of the Assembly of First Nations.

In the wake of several unexplained student deaths and an attack that took the life of a young Indigenous woman, First Nations chiefs, leaders, educators and parents gathered in a school gymnasium at Dennis Franklin Cromarty High School in Thunder Bay in early July to talk about a subject most Canadians probably prefer not to think about: racism.

In that city, as reported by Maclean’s and other outlets, seven First Nations children far from home seeking an education or medical treatment have instead been found dead in the local river since 2000. They were all teenagers. The loss of life and lack of answers in these cases led to an inquest and 145 recommendations. But relations between First Nations and Thunder Bay police have deteriorated as questions are raised about the force’s willingness and ability to conduct thorough investigations.

First Nations in the region are so concerned about the violence that they have organized a group of volunteers led by a council of mothers and grandmothers to patrol the city after dark. In that school gymnasium, chiefs reported that the tensions in Thunder Bay are affecting Indigenous students, and many parents are reconsidering whether to send their children away from home to attend high school in a city where the loss of young life has made headlines around the world.

This is not just Thunder Bay. This is Canada. On July 12, I walked the streets of Winnipeg’s North End with the Bear Clan Patrol, a community group that patrols the streets in an effort to keep their people and neighbourhood safe. That night alone, they cleared more than 150 needles off the streets where children play, handed out snacks and treats to residents, visited with them to build trust, and walked with women and children to make sure they made it home safe. It’s an amazing initiative that depends on tireless volunteers and much-needed government support. The fact that it is needed at all says a great deal.

While Canada prides itself on its diversity and openness, the reality is often very different for Indigenous people. Families suffering from the loss of their children or mothers or sisters have told me there are separate justice systems in this country: one for First Nations people and the other for everyone else. They’ve said that if seven non-Indigenous teenagers were found dead in the same waterway in a neighbourhood in Toronto or Montreal or Halifax, there would be a public outcry and immediate action by caring citizens, police and elected leaders.

The words of Nishnawbe Aski Nation Grand Chief Alvin Fiddler at a recent special emergency chiefs meeting have stayed with me: Our school gymnasiums shouldn’t be used for funeral services for our children. But in 2017, that is exactly what is happening in Canada. First Nations children are growing up knowing grief and trauma each and every day; pre-teens who have never left the north are being diagnosed with post-traumatic stress disorder. Children are hurting children. In Wapakeka First Nation in northern Ontario, the population of just over 360 people was recently devastated by the loss of three 12-year-old girls who chose to end their lives in a suicide pact.

Racism. Violence. Suicide. Tensions between police and citizens. These are not First Nations problems: these are Canadian problems. When a trailer hitch hurled out the window of a passing car leaves a 16-year-old girl without a mother—with someone from the car reportedly saying they “got one”—it is a devastating act of hatred. Racism kills. When a young First Nations boy or girl doesn’t live safely, or have proper access to education or even a basic right like clean drinking water, that is a damning indictment and a loss for the country as well as First Nation citizens. As Rainy River First Nations Chief Jim Leonard says, we are in this together. There is only one path forward, and that is to work together to build understanding and, through that, respect for one another.

I have served as a chief. We are elected by our citizens to stand up for our children’s rights, as well as those of future generations. No Canadian would deny a child’s right to a safe and healthy home and to grow up in a society where they are treated with dignity and respect and have the same opportunities as other children.

The way forward is clear. Awareness and education leads to understanding and action. We need forums where First Nations leaders, elders, women and youth can join with teachers, city councillors and other elected officials to not only talk about solutions, but also agree upon them. This must happen now – or, in Thunder Bay’s case, before the next school year begins. The justice and policing communities need to make concerted, sustained efforts at Indigenous hiring, recruitment and retention to overcome the mistrust that can poison a workplace and a community. Understanding can only improve when Indigenous and non-Indigenous people come together and learn about our shared history and different realities, but also see our shared future. Tensions will ease when police and the community in Thunder Bay join together with First Nations leaders to put support systems in place for young students forced by their desire for an education to live far from home.

It starts by acknowledging there is a problem, something that Winnipeg courageously did after Maclean’s named it the most racist city in Canada. In 2016, Mayor Brian Bowman launched an effort toward “building bridges, strengthening relationships and embracing diversity.” There followed a suite of initiatives, including mandatory training for all city staff, outreach to all Winnipeg high schools, public engagement on the subjects of racism, diversity and reconciliation and the impact of the residential schools system.

In contrast, when Statistics Canada reported Thunder Bay had the highest rate of hate crimes in the country last month, the acting chief of police was reported saying that it was “business as usual” for police. Failing to acknowledge the problem must end, and the building of bridges must begin.

And let’s all admit: this has to happen everywhere. Then perhaps we will see a future where our gymnasiums aren’t used for memorials, but for sports, graduations and celebration.