The world is watching, Justin Trudeau

Matt Gurney: The PM is taking fire from some unusual places, from the OECD to the NYT. These attacks will not be brushed off so easily. 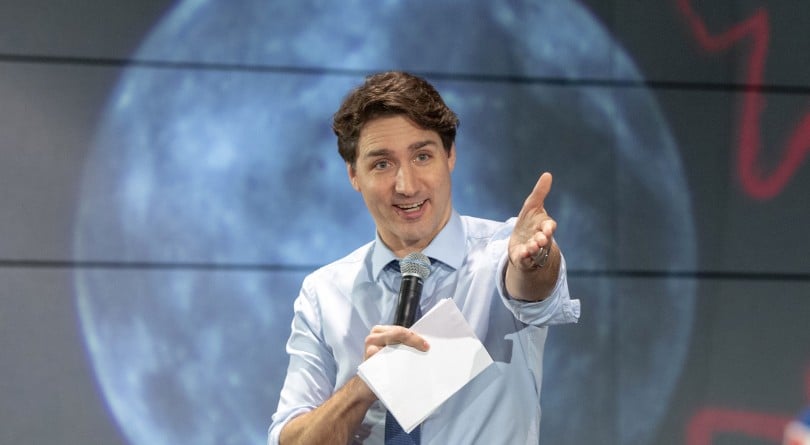 There was a brief window this weekend—maybe a few hours, a day, tops—when I thought that maybe, just maybe, the Liberals were going to be able to put the SNC-Lavalin affair behind them.

Nothing really new had developed in a few days—a long time in this unfolding controversy. The Prime Minister had made his statement Thursday morning, before jetting off to apologize to the Inuit for decades-old wrongs. The Globe and Mail had come up with another exclusive, recounting a pair of testy conversations between Justin Trudeau and one of his Toronto-area MPs, Celina Caesar-Chavannes, who claims she was met with anger and hostility after deciding not to run again (the Globe also notes that Trudeau apparently apologized after both encounters).

Other than some weird social media eruptions from former MP and cabinet minister Sheila Copps, who’s been out of political life for 15 years, things seemed to have settled down after a month of frantic activity and speculation.

That’s right—the Organisation of Economic Co-operation and Development. The OECD isn’t exactly a titan in Canadian political discourse. Maybe it will get a mention for producing a report that shows that Canada is doing great or terribly on some metric or another. But that’s about it. It’s doubtful that anyone had it picked as the group about to breathe a bit of air back into the entire affair.

But that’s exactly what it did. In a short statement, the OECD’s Working Group on Bribery put Canada on notice. It’s “concerned by recent allegations of interference in the prosecution of SNC-Lavalin that are subject to proceedings in the House of Commons Standing Committee on Justice and Human Rights,” the statement reads.

It adds: “[P]olitical factors such as a country’s national economic interest and the identity of the alleged perpetrators must not influence foreign bribery investigations and prosecutions.”

Gosh, it’s like it hadn’t even thought about those 9,000 jobs the Prime Minister and his inner circle keep going on and on about. And what about this year’s election? Does it even know what riding Trudeau represents in Parliament?

There’s more of the statement than that, but it’s mostly polite boilerplate about how the OECD recognizes the ongoing House justice committee and ethics investigations and will look forward to being kept up to date by Canada. The working group does, though, wrap up by saying that it “will closely monitor Canada’s updates, and has also sent a letter to the Canadian authorities confirming its concerns and next steps in this matter.”

Obviously most Canadians do not live and breathe waiting on what the OECD has to say. In terms of the meat of the controversy—the really exciting stuff—we’ve likely seen a lot of it already. Jody Wilson-Raybould has testified. Gerald Butts has testified. Jane Philpott has resigned. The Prime Minister has given a Very Serious Speech about leadership and learning opportunities. Short of another major resignation or Wilson-Raybould coming back to testify again (still to be determined), there might not be a ton left to play out here.

And that’s good news for the Liberals, or it would be, that is, if the entire affair hadn’t already begun to spread. It may not have gone viral, but it’s sure going global.

It’s relatively easy for the Prime Minister and his staff to brush off attacks by the opposition. There’s nothing new under the sun there. It’s easy for partisan Liberals—depressingly easy, just check out my Twitter replies of late—to write off critical coverage of the government’s performance as just partisan hackery by the usual media voices.

But the government is now taking fire from people who are not normally part of the same-old political song and dance. Last week, it was a Twitter account belonging to the Public Prosecution Service of Canada, which declared, “Prosecutorial independence is key to our mandate. Our prosecutors must be objective, independent and dispassionate, as well as free from improper influence—including political influence.”

Now it’s the OECD (Foreign Affairs Minister Chrystia Freeland, for her part, put out a statement that essentially thanked the OECD for its interest and reiterated that we’re looking into the matter). The international press, which once fawned over Trudeau, is now writing about the scandal, including a chiding editorial in the New York Times.

This is a problem for Team Trudeau. It’s one thing to dismiss Lisa Raitt and Nathan Cullen. It’s easy for them to roll their eyes at hacks like me. But the world is watching now. And in the face of that scrutiny, they can’t yell about how bad Stephen Harper was.

Normally Canadians crave attention from abroad—and our Prime Minister himself has certainly seemed to enjoy it over the years. It’s probably a less pleasant feeling now.