Opinion: Leaders of high-profile family foundations across Canada on the need for world-class research, for their work and for future businesses 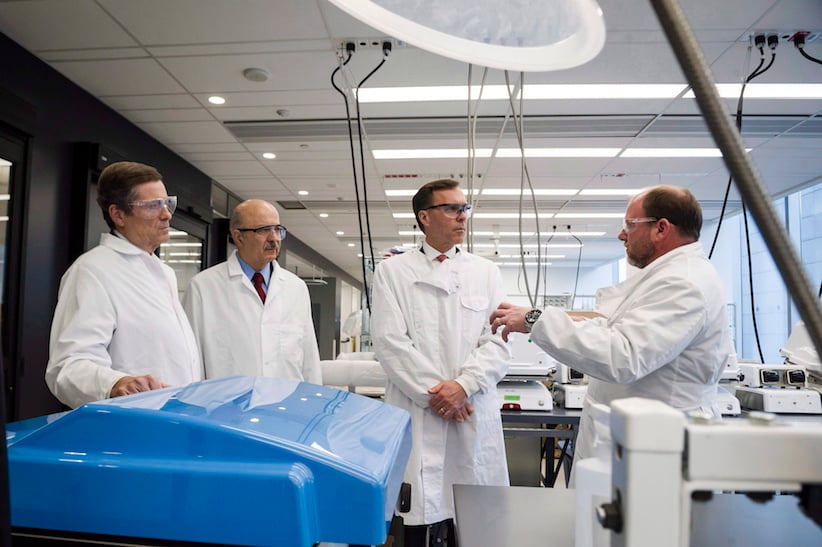 In recent years, a chorus of voices has affirmed that research is the lifeblood of societal well-being and that Canada’s federal government must ensure the capacity of scientists to carry out their work. Particularly since the 2017 report of the advisory panel on federal support for fundamental science, also known as the Naylor Report, many stakeholders in this country’s research system have spoken up in favour of the report’s recommendations for boosting stagnant funding levels and restructuring the Canadian research system.

When a policy proposal is supported by people who stand to benefit from that proposal, it may be easy to perceive self-interest behind their arguments. That is why we—a cross-Canada group of private foundations without direct ties to researchers or research institutions—see the importance of speaking up on this issue. We exist to fund important causes that help Canadians thrive and prosper. In supporting initiatives in science, education, environment, social innovation, health and communities, we know that cutting-edge research is vital to progress in all of these areas. For that reason, we believe that all Canadians have an interest in ensuring that our country has a world-class research system.

MORE: Innovative science in Canada is dying a silent death

The family endowments we represent are rooted in diverse industrial sectors that prospered because of excellent Canadian research. Our founding families’ businesses drew on Canadian innovation in fields from engineering and digital technology to business and finance. These enterprises succeeded in part due to the rich supply of talented researchers, both home-grown and attracted from outside our borders, who taught our founders and our workforce, and whose discoveries led to our companies’ technological strength.

Much of the science that built up many of our foundations’ endowments came from independent, investigator-led research carried out in the spirit of curiosity, which only later produced great technological and economic benefit. Canadian family foundations of the future will grow out of fundamental discoveries giving rise to industries exponentially more complex and multidisciplinary than the ones from which we grew.

For that reason, we believe that supporting fundamental research at higher funding levels and in better-coordinated ways is vital for Canadian prosperity. We cannot know what economic sectors and technological specialties will drive the national and global economy in decades ahead. However, we do know that other countries are investing vigorously in their research systems, with emerging economies challenging more established ones for leadership. Only by ensuring a truly world-class cadre of talented researchers and research facilities in Canada can we expect to keep up with the global competition and lead the way to the basic and applied research of the future.

In adding our voice to the many others urging more robust federal support of fundamental research, we know this terrain not only as beneficiaries of Canadian research but as funders of it as well. For years, our foundations have been “walking the talk” in funding higher education and research at institutions across Canada. Together, these foundations have supported research in diverse areas including health care and medicine, astronomy and physics, social innovation and environmental research. Combined, we have made grants in excess of hundreds of millions of dollars to a broad list of institutions across the country.

Our efforts to support research initiatives can have impact only in partnership with a federal government doing its part to set Canadian research on a stronger footing. The same is true of the many other societal, environmental and cultural causes we support, whose advancement also depends on the fruits of a research environment that enables talented people to make discoveries of all kinds. With substantial new federal investment, Canadian research will more vigorously foster innovation, economic growth, and the capacity for both governments and foundations to help advance societal goals that Canadians value.