To win the fight against AIDS, we must end the war on drugs

Opinion: Injection drugs remain a key driver of the global HIV epidemic—and to solve it, we have to reform drug criminalization 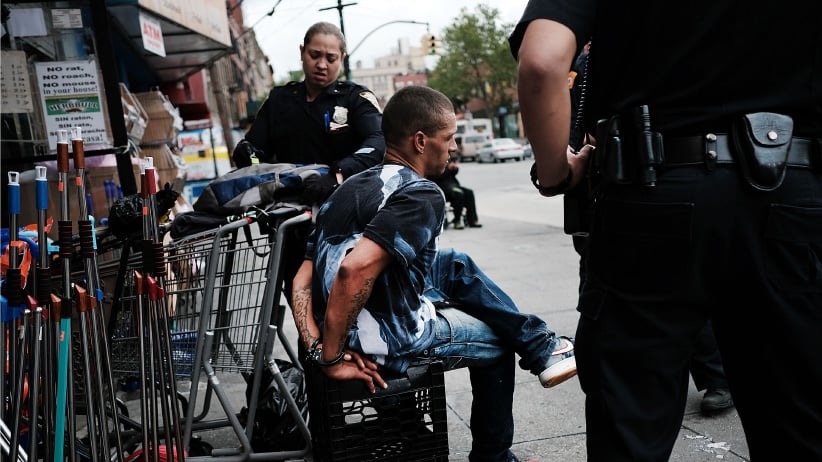 A man is arrested for drug use on a street in the South Bronx on June 7, 2017 in New York City. Like Staten Island, parts of the Bronx are experiencing an epidemic in drug use, especially heroin and other opioid based drugs. More than 1,370 New Yorkers died from overdoses in 2016, the majority of those deaths involved opioids. The Mott Haven-Hunts Point area of the Bronx borough of New York currently leads the city in heroin overdose deaths. According to the Deputy Attorney General, drug overdose are now the leading cause of death for Americans under the age of 50. (Spencer Platt/Getty Images)

Dr. Julio S. G. Montaner, OC, is a UBC-Killam professor of medicine and the UBC-St. Paul’s Hospital Foundation chair in AIDS research. Dr. Kora DeBeck is an assistant professor at Simon Fraser University’s School of Public Policy and a research scientist at the B.C. Centre for Excellence in HIV/AIDS.

There is much to celebrate: the end of AIDS may be in sight.

More than three decades into the global HIV pandemic, 18.2 million of the 36.7 million people living with HIV are on life-saving antiretroviral treatment. The UN’s 90-90-90 target for 2020—90 per cent of people living with HIV diagnosed, 90 per cent on treatment and 90 per cent with undetectable levels of the virus—has been declared “feasible.” And US $19 billion has been invested into fighting HIV in low-income and middle-income countries.

But we may be undermining the time, effort and funds spent on HIV prevention and treatment by ignoring a key factor contributing to higher incidence of HIV/AIDS: the global war on drugs.

The use of injection drugs continues to be a key driver of the global HIV epidemic, with 51 per cent of new HIV cases in eastern Europe and central Asia occurring in people who inject drugs, according to the Joint United Nations Programme on HIV/AIDS. But criminalizing the behaviour has not helped. And it won’t, either.

Criminalization is a barrier to controlling HIV/AIDS. The effect of criminalization, including incarceration, street-level policing, and drug paraphernalia laws and practices, negatively affected health outcomes for people who inject drugs. Needle and syringe distribution goes down, but syringe sharing goes up, and so does the possibility of contracting HIV and, in many parts of the world, dying from AIDS. And the unintended consequences of drug prohibition go beyond prison systems that are busting at the seams. We see it in persistent HIV rates, low access to treatment, poor health outcomes, sharing dirty needles and ultimately, the spread of a disease the world is trying to control. It’s a disaster for individuals, families and communities. 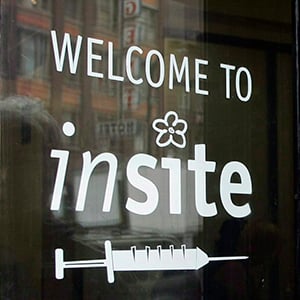 We systematically reviewed 106 global, peer-reviewed studies published between January 2006 and December 2014 on criminalization and HIV prevention or treatment among people who use injection drugs. The vast majority of studies consistently show that the so-called war on drugs does not work. We didn’t even find a single medium- or high-quality study that provided compelling evidence of any positive health outcome related to the criminalization of drug use. Not one.

UNAIDS identifies criminalization and punitive laws as a primary reason why the level of decline in HIV incidence and mortality taking place globally is not being observed in people who inject drugs. Getting caught with a needle and drugs can lead to incarceration and stigmatization, instead of receiving the health and social supports that help prevent HIV. Worldwide, the UN Office on Drugs and Crime (UNODC) estimates that 8.4 million to 19 million individuals inject psychoactive drugs. The public health concerns associated with the use of injection drugs include the spread of infectious disease, including HIV. About 13 per cent of people who inject drugs are thought to be living with HIV, which amounts to roughly 1.7 million people.

The evidence is clear. What is lagging is policy. 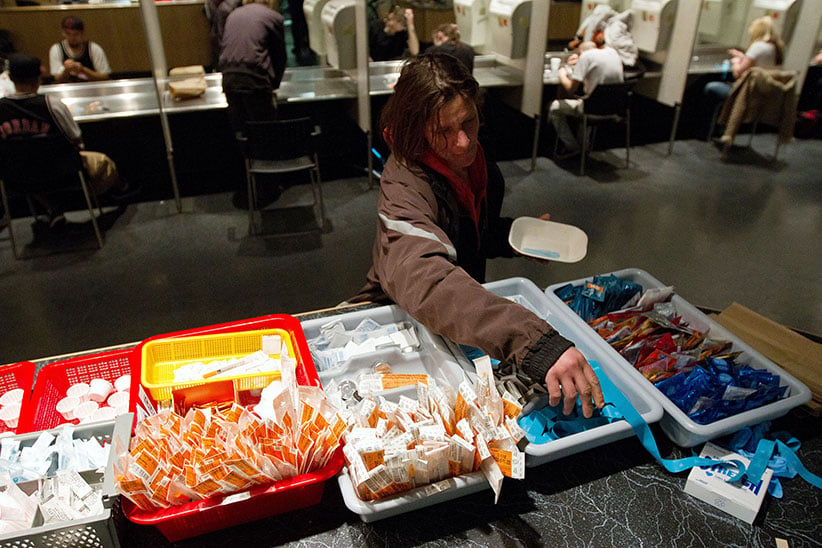 Why Canada has so few safe injection sites

The new research suggests that alternative strategies and policies like implementing harm reduction, including creating safe injection sites, providing opioid substitution therapy, and decriminalizing drug use need to be put in place to attempt to limit the harms associated with drug use; we shouldn’t be turning back the clock to reinstate the war on drugs, as U.S. Attorney-General Jeff Sessions has done. This misguided “war” only leads to more infectious diseases, overdoses and an inability among the most marginalized people to get work as the result of a criminal record. Drug treatment is very hard to come by, but it’s compounded by the fact that drug use is illegal. People who need help are often afraid to seek it, because coming forward can expose them to the risk of incarceration and the stigma of addiction.

Evidence should guide policy. And the evidence here is clear—the studies we looked at over a nine-year period allow us to say, definitively, that the war on drugs is baseless and useless. Criminalization pushes people who use drugs underground, driving risky behaviours like syringe sharing and distancing people from lifesaving interventions, including addiction treatment.

Criminalizing drugs takes a toll on those being criminalized and the communities in which they live. In order to finally achieve an AIDS-free generation and meet UNAIDS’s 90-90-90 target in high and low-income countries alike, the world needs to collectively reform existing legal systems and policies that criminalize drug use by people who inject drugs.

Until we do, a world free of HIV/AIDS will remain out of reach.