Too often, articles on Jordan Peterson 'take pains to pigeonhole him as alt-right'

Letters to the editor, May 25, 2018: Maclean's readers also weigh in on Katie Telford, Tim Hortons and Canada as a nation 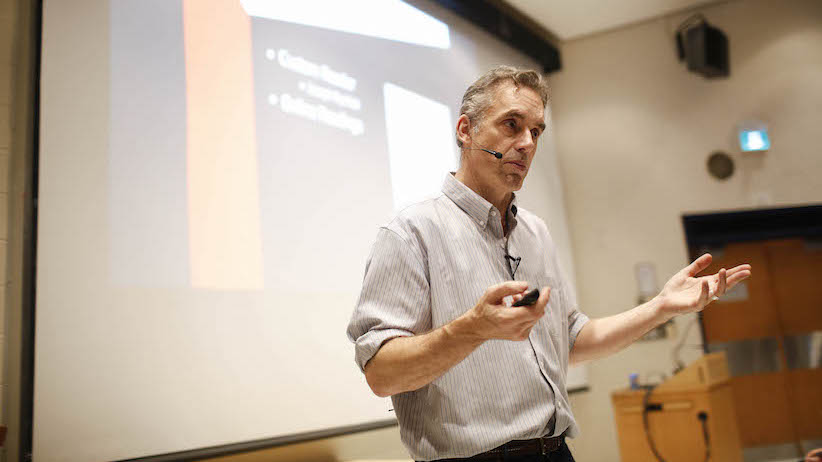 Jordan Peterson during his lecture at UofT. (Rene Johnston/Toronto Star via Getty Images)

Jordan Peterson’s people are not who you think they are

In May, Nicholas Köhler wrote that Peterson’s followers are, in reality, a diverse group of self-help junkies searching for meaning and letters have continued to pour in.

Jordan Peterson might find it difficult to substantiate his claim that Bible reading is “vital to proper psychological health,” with the implication that the more than 5 billion people who don’t read the Christian Bible are less psychologically sound than those who do. Bible-inspired behaviour has run the gamut from kidnapping of young girls by patriarchal men for sexual purposes to the killing of abortion doctors. The breakaway Mormon sect in the U.S. and Canada has used women like reproductive cattle to assure patriarchal men a place in Kingdom Come. Evangelicals support Zionist Israel in order to hasten Armageddon and the Second Coming, along with unimaginable devastation and suffering from which they firmly believe they will be exempt.

Got something to say? Send us a letter

Its claim to divine authorship (on which Peterson is not yet decided) notwithstanding, the Bible is no more a moral guide than the Odyssey and Iliad, or even Aesop’s fables. Aside from all that, Peterson seems to deal in obfuscating vagueness, and irreconcilable contradictions that undercut the claim to being philosophy or even good psychology: a patriarchal system without the psychological or physical force he condemns, or that doesn’t lend itself to extreme abuse, is counterintuitive and ahistorical. He exhorts young men to be “responsible,” but that misty term can translate into various types of harm unless defined within a viable world view, as, for example, Nazis were very responsible people. Likewise, Peterson’s peculiar belief in biological determinism, especially on the lobster model (!),  is at odds with the change and readjustments implied in democratic society, and the pitch toward, if not perfection, at least more equal participation, sharing and individual development. For this, free will is required, and the elimination of rigid traditional structures and categories that favour autocracies and the minority. What’s he so afraid of? He has nothing to lose but his prejudices. — Doris Wrench Eisler, St. Albert, Alta.

Just a word of congratulations on Nicholas Köhler’s courageous article on Jordan Peterson. Too often, mainstream media articles on Peterson take pains to pigeonhole him and his ideas as alt-right and worse. Whereas Peterson offers an intellectual/moral basis for dealing head-on—responsibly and truthfully for the betterment of all—with the challenges of life. The article does a good job of explaining/unpacking complex ideas in plain language. Very impressive. Thank you, Maclean’s. — Michael Botner, Vernon, B.C.

The more I read Jordan Peterson’s material, the more he sounds like a circus huckster calling out a few dozen memorized lines that he can fit into any topic. Lines that are full of carefully crafted psychological terms used to dazzle the naïve. His “pronoun ship” has sailed so he has moved on to religion. He can use that platform for a while until it too becomes boring. He argues that the Bible is “vital to proper psychological health,” which is not unlike what Malcolm Muggeridge wanted us to believe, claiming that the Western World would not exist except for a Protestant work ethic. To Muggeridge, work was man’s only form of sanity. Peterson’s book 12 Rules, in which he tells young men how to create purpose and confidence in their lives, could be a modern-day version of Dale Carnegie’s post-WWII self-help books. Why so many young people currently feel they need help (if it’s true) is a puzzle. Mr. Peterson must know a different set of young folks than I do because I find a great many of them to be self-centred and over-confident. But Peterson does, of course, connect with students who are attracted to psychology and maybe they are cut from different cloth. Every so often a new cultural guru like Jordan Peterson comes along to tell us what is wrong with society and what we as individuals must do to survive it. But surely he goes too far. As Carl Jung once said, “Show me a sane man and I will cure him for you.” — Robert Lawrence, North Bay, Ont.

SOUTHEY: The context of Jordan Peterson’s thoughts on ‘enforced monogamy’

I wish there had been a warning at the start of Jordan Peterson’s 12 Rules for Life about the tedious and multiple quotes from the Bible. Good grief! Nonetheless, Peterson credits much of his learning to white male philosophers, authors and psychotherapists from generations ago. He fails to mention the contributions of females in these disciplines. It seems Peterson often presents the dark side of his personality (from Carl Jung’s archetype the shadow) as super-reasonable. This unconscious aspect from a very intelligent man was in full view during Peterson’s interview with Cathy Newman of Britain’s Channel 4 news. However the article in your magazine was about what the modern man is to say and do while interacting with women. If that man is a partner and father, clean the toilet and play catch with the kids. A more universal message for men popped up on my Facebook feed. Advice to men, “Don’t say anything to a woman on the street that you wouldn’t want a man to say to you in prison.” — Barbara Leroy, Delta, B.C. 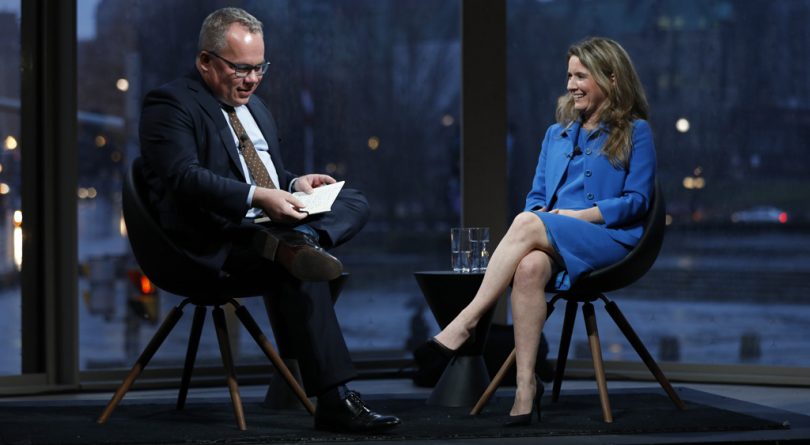 Maclean’s Live with Katie Telford and Paul Wells at the National Arts Centre in Ottawa April 25, 2018. (Photograph by Blair Gable)

In a May interview, Prime Minister Justin Trudeau’s chief of staff spoke about issues including gender equality and voters disappointed about having to sign attestations saying they support things like abortion and same-sex marriage before qualifying for the summer jobs program.

Finally, someone is questioning Trudeau’s forced ideology upon the Canadian people. The summer jobs program is funded by Canadian taxpayers and should be available to all Canadians and not just to those who believe in abortion. Abortion is not a right ,as Trudeau mistakenly repeats. What other federal programs are in the queue for which Canadians will have to sign attestations before receiving their cheques? This is an assault on true Charter rights and should disturb all Canadians…not something the Liberals should be proud of. These are the marks of a dictator. — Gladys Turnbull, Rossland, B.C.

Your Q&A with Katie Telford was weak (“The Interview,” June 2018). Two pages of words with nothing said. She answers questions like the PM, by talking about something else. And just like Justin, straight into politics with no real work experience. Most Canadians are either frustrated with this government or bored with it. — Gerhard Taves, Wheatley, Ont.

The Tim Hortons brand is badly broken. Here’s how to fix it. 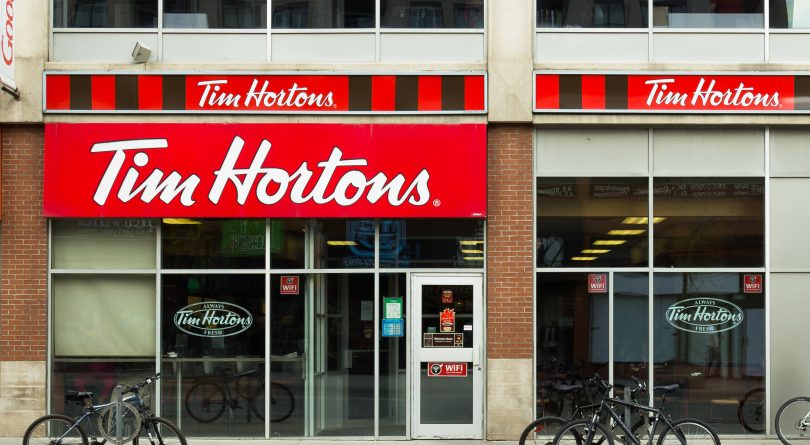 In May, David Thomas wrote that Tim Hortons needs to improve its stores, media coverage and coffee, and to stop fighting with franchisees.

I am guilty of getting and enjoying a coffee five days a week there but stopped buying sweets. They used to have low-cal muffins and doughnuts but they are gone now. I am diabetic, as are 4 million in Ontario. Not only for this reason, but if Tim Hortons would just make an attempt to help our health choices, it might help them stay alive. They are just not changing with our needs. I truly feel we will catch on as consumers well before they catch on at all. — Terrance Brown, Toronto

Laura Nash on Facebook: Garbage. Garbage everywhere! With Tim Horton’s name on it – in our waterways, our roadways, our farmers’ fields, and our forests you will find Tim Horton’s trash from coast to coast in Canada. The company is irresponsible.

Chris Vivian on Facebook: Laura Nash the blame lies with the consumers of the products not the company. While they do need to produce less waste and more eco friendly products, the trash gets to those place because we as people are irresponsible with our garbage. They definitely don’t spend money producing said products to just open the doors on a windy day and watch stuff go flying

Jason Marcy on Facebook: Fix it? NOSTALGIA. More focus on what the Hell it was all about back then: a great Hockey player starts up a coffee and donut shop for the working man. Bring back the stools and counter service. Every store needs to have THE “Tim Horton” in a place of honour. For years they tried to forget him. I’m still shocked they changed Store #1 in Ottawa Street in Hamilton into a Horton shrine.
Nostalgia, plus Hockey, plus menu simplification, May be a better success in the long run.

Canada is not a country. 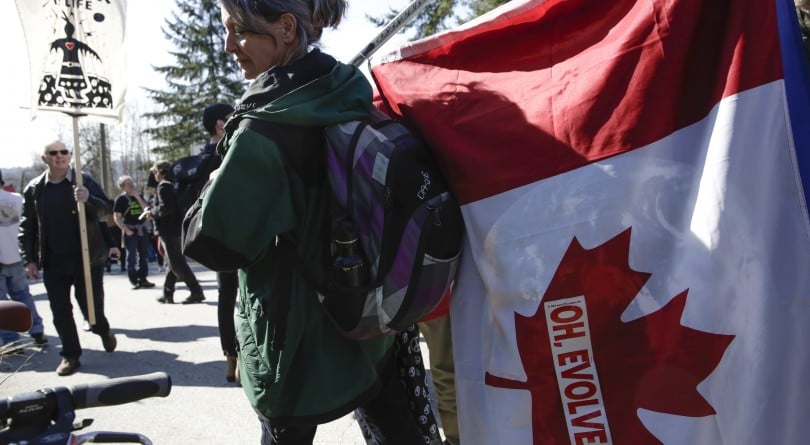 In April, Scott Gilmore argued that if our federation can’t build pipelines, move beer or find some common bonds, we may have a fatal problem.

I would really like to scold Scott Gilmore, I really would (“Canada is not a country,” Politics, June 2018). But I can’t be bothered. Too many people, too many places: an Inuk in Iqaluit who gave his people back their surnames; a Chipewyan artist who “dropped in” from Inuvik because he had heard I was in Yellowknife; a lunch in a Chinese home in Vancouver where the duck had been under preparation for days; an Oblate dying in an Edmonton hospital after a life of giving in Kugluktuk; a prairie grain buyer who liked to read me the Encyclopedia Britannica because I had gone to university and he had only Grade 8 but didn’t think I knew much; an elderly cook in a small Marathon, Ont., café who experimented with a soup recipe just to see “if he had it right;”  a car wash attendant in Baie Comeau who spotted my Bluenose licence plates and helped me with my atrocious French; a Newfoundland M.P, who treated me to breakfast in Marystown just to find out if there was something more he could do to be helpful. And so on through so many years. No, Mr. Gilmore, I can’t agree. We do have a country—such a wonder to live in, such a place to set an example for others. — Paul Robinson, Dartmouth, N.S.

Scott Gilmore’s article was a poignant critique and demonstrates our commitment to mediocrity in this country. If we’re going to continue to act like 13 individual states then why have a federal government? The cost of this extra level of bureaucracy is a burden to Canadians. Provinces in Canada maintain different laws, regulations, tax rates, health-care benefits and on and on. Relocate and even your driver’s licence and health card need to be replaced, generating wasteful expense and administration. If the emotional trauma of losing the giant pink map is too much for folks, then an efficient amalgamation of several provinces is in order. There are approximately 2.3 million people in Atlantic Canada supporting four provincial governments. That’s four premiers, four finance ministers, four education ministers, etc. It means four separate elections, eight opposition parties, expensive pensions, parliament buildings and incalculable infrastructure. There are less people in Alberta, Saskatchewan and Manitoba put together than there are in the Greater Toronto Area. All financially burdened from supporting three provincial governments. We are over-governed in this country, and there are only about 38 million people to share in this cost. With the tremendous wealth in this nation, weighed down by ubiquitous municipal, provincial and federal governing forces, we are incapable of building a pipeline, fixing bridges, building subways or even walking across an imaginary line with a case of beer. —Anthony Morris, Toronto