Touchscreens make life easy. Until they put it in peril.

Our editorial: Sometimes in our rush to adopt new technology, we inadvertently make things worse. And touchscreens might be Exhibit A. 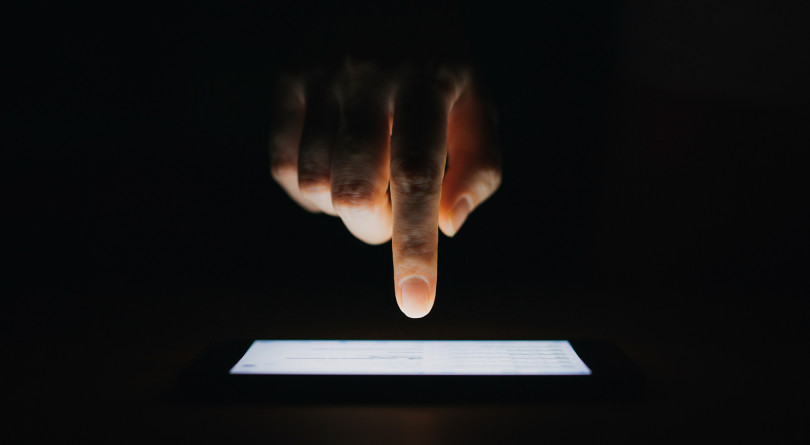 No one would ever accuse the U.S. Navy of being unmodern. Its aircraft carriers, planes and ships are packed with the world’s most sophisticated technology. And yet it recently announced a move that seems downright antique—it’s getting rid of touchscreens.

In 2017, the USS John S. McCain collided with a chemical tanker in the Singapore Strait, killing 10 sailors. An investigation pointed to a confusing touchscreen-based steering and propulsion system as one of several causes. “We really made the helm control system … overly complex with the touchscreens,” Rear Admiral Bill Galinis told the U.S. Naval Institute News earlier this year in explaining why the Navy is removing the widely used technology from the bridges of its destroyer fleet in favour of tried-and-true physical throttles. “Just because you can, doesn’t mean you should,” Galinis added. It’s good advice with application far beyond the ocean.

Maclean’s annual Year Ahead issue highlights amazing technological advances set to arrive in the near future. And the 2020 edition is no exception—with stories on exciting developments in quantum machines and smart grocery carts. But sometimes in our rush to adopt new technology, we inadvertently make things worse. And touchscreens—a technology that has become synonymous with sleek, modern design—might be considered a touchstone in this regard.

More than warships are turning their backs on the technology. Over the summer, Mazda announced it is removing touchscreens from its popular Mazda3 cars as well. New models will rely on buttons and knobs to control a screen set too far away to reach. The goal is to cut down on driver distraction, as research shows drivers often push the steering wheel as they lean over to press a touchscreen, causing the car to veer out of its lane. By rejecting this technology, Mazda is choosing a path quite different from many of its competitors, most notably Tesla, which boasts of its “expansive 17-inch touchscreen” taking up most of the dashboard on some models.

It remains an open question which touchscreen route the car industry will choose; the pursuit of modernity may well outweigh the safety shortcomings. “People seem to expect touchscreens in all their new technology; it’s become a symbol of the future,” says Will Odom, co-director of the Everyday Design Studio at Simon Fraser University’s School of Interactive Arts and Technology. “But cars are a really specific example of a situation where tangible, tactile controls like a button actually work better than a touchscreen.”

RELATED: A 2020 prediction: The end of the oven

In other contexts, such as smartphones, touchscreen technology is stunningly convenient and endlessly reconfigurable. It’s also intuitive; two-thirds of children under five know how to navigate a touchscreen unassisted, according to a recent U.K. study. But Odom’s point, backed by the recent U.S. Navy and Mazda decisions, is that technology shouldn’t exist for its own benefit. “The bigger message here is that we need to take a human-centric approach to design,” says Odom. “We need to ask ourselves: ‘What are the longer-term consequences of adopting this technology?’ ”

Odom also has misgivings about the current proliferation of app-based controls for many basic home functions, such as heating, cooling and security. “Everything is centralized and controllable, but not by a person who is actually in the building,” he points out. “So what happens when something goes wrong?” It’s no coincidence, Odom adds, that safety-critical situations such as nuclear power plants “are the absolutely last places to adopt new technology.”

As Canadians enter 2020, the appearance of miraculous new technologies will continue apace. And as this high-tech future unfurls before us, we must remember to temper our wonderment with a commitment to defend and respect the human factor at all times. New technology is always exciting—but it’s not always better.

This editorial appears in print in the January 2020 issue of Maclean’s magazine with the headline, “The human touch.” Order a copy of the Year Ahead special issue here. Subscribe to the monthly print magazine here.

FILED UNDER: Editor's Picks technology The Editorial Year Ahead 2020