Trudeau is off to a slow start

Andrew MacDougall: The PM calls it the most important election since 1945. So it seems odd to bunt instead of swing for the fences on Day One or Two of the campaign. 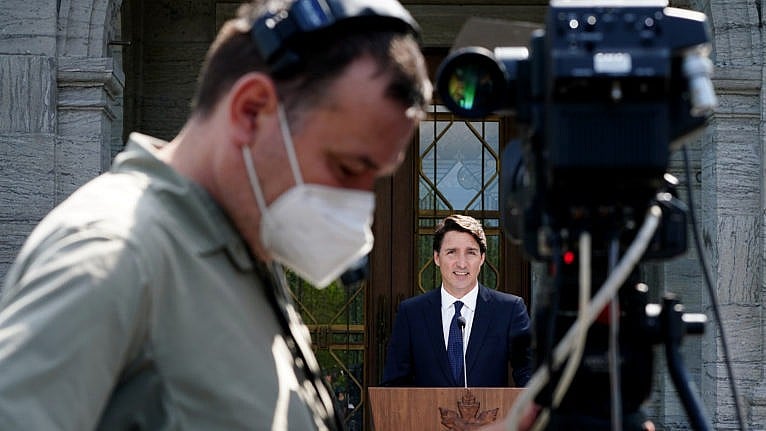 Considering the current election is “the most important since 1945” according to one Justin Trudeau, the Prime Minister seems to have forgotten to tell his campaign to get a move on. With the stakes (apparently) so high, making your first policy announcement a relatively low-wattage one about arts policy seems an odd choice. A bit more theatre doesn’t make for a much different Canada.

This isn’t to slight the arts. There are few sectors that have had it so bad thanks to this damned pandemic, and only the hard-hearted would begrudge a bit more relief until we can go back to packing ourselves into sweaty concert venues, lovely opera houses and vibrant art galleries. The announcement should also play well in Quebec (where it was announced), where many a campaign has faltered in the past.

But it’s all still a bit wet, isn’t it? If you’re going to call an election two years ahead of schedule when you can pass whatever you like through the House of Commons thanks to an supine and/or encouraging NDP, it seems a bit incongruent to bunt instead of swing for the fences on Day One or Two of the campaign. If you’re going to talk the talk, you had better walk the walk. And yet, Trudeau is (so far) choosing to crawl.

Meanwhile, over in Camp Conservative, Erin O’Toole and his team have done a most unusual thing (for Conservatives): burst into full sprint by releasing the entirety of their platform. Even better, it has some genuinely interesting policy on key questions like housing and innovation, two files which will have to see progress if Canada is going to grow at a rate to help it burn off the debts accumulated by the Trudeau government’s pandemic response. Housing in particular has hardly ever featured in recent federal campaigns but O’Toole has put his finger on an issue that is causing genuine distress for a huge (and growing) segment of the population.

Living in the U.K., as I do, where the housing market is squarely on the far side of insane, and having recently paid way too much money for way too old a pile of Victorian-era bricks and timber, I know the anxiety and stress housing in major conurbations causes for the ‘middle-class and those working hard to join it’. It’s hard to envision a future if you can’t afford a place to live (or afford to live once you’ve paid your rent or mortgage). Sadly, Vancouver and Toronto have now caught up with London on the question of real estate bonkers-ness and Montreal isn’t that far behind.

Most importantly, the Conservative housing plan aims to boost supply—not goose demand—in the areas where a lot of middle class families are currently struggling. These also happen to be the seat-rich areas around Toronto, Vancouver and Montreal. The trick now for O’Toole will be to find ways to get the policy into people’s WhatsApp chats, emails and mail slots. If he can, the Tory challenger will have a signature and novel policy equivalent to Trudeau’s pot and electoral reform from 2015.

Who knows? Perhaps the Liberals have one or two ‘gainsburgers’ lined up for the coming days, ones which would justify their grandiose rhetoric about the importance of this wholly unnecessary election. Then again, they might not. One suspects the Trudeau campaign scripting team has opted to keep the Prime Ministerial powder dry, in part, because they thought O’Toole would still be wrestling with the government’s surprise pre-campaign announcement of mandatory vaccines for all federal public servants and those travelling domestically on federally-regulated services.

And while O’Toole did slip with his initial response, the gaffe is now on Trudeau’s foot with word the O’Toole approach of mandatory daily testing for those unvaccinated actually accords with the directive recently sent out by a senior federal government mandarin. Sure, the public service has since clarified that it misspoke itself, but the political trap this announcement always was has now been exposed. It will now be interesting to see whether the mighty public sector unions row in for or against Trudeau’s plans.

Either way, O’Toole has now seized the initiative in “the most important election since 1945”. If Trudeau wants to convince people he’s not just an opportunist seeking to restore his majority in Parliament in order to avoid pesky opposition scrutiny in places like Parliamentary committees, he’s going to need to try just a little bit harder. Starting now.