Trump vs. Biden: How 'bro culture' has infiltrated U.S. politics 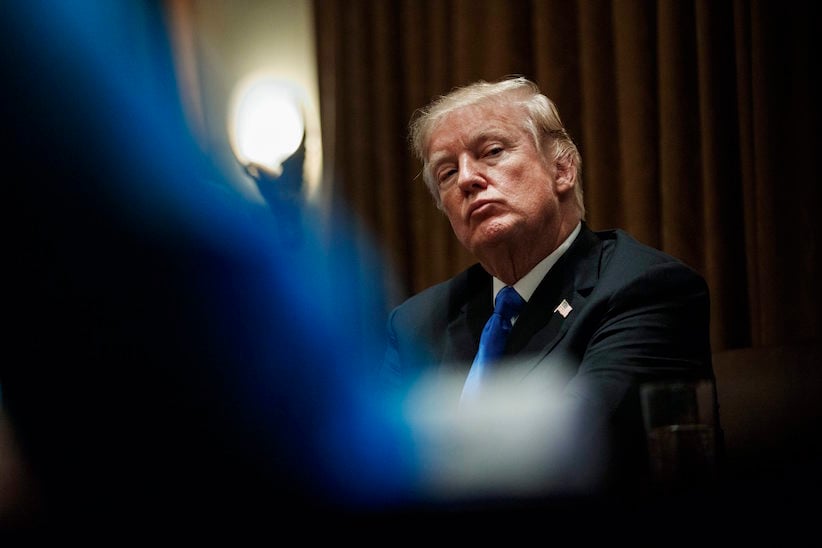 Last week, at an anti-sexual-assault rally at the University of Miami, Joe Biden, former U.S. vice-president and master of the gaffe, decided to put up his dukes. Speaking about President Donald Trump’s crude remarks and misconduct towards women, Biden told the crowd that his teenaged self would’ve taken Trump behind the gym and “beat the hell out of him.”

And the president, naturally, picked up the gauntlet with a 5 a.m. tweet: “Crazy Joe Biden is trying to act like a tough guy. Actually, he is weak, both mentally and physically, and yet he threatens me, for the second time, with physical assault. He doesn’t know me, but he would go down fast and hard, crying all the way.”

The silly spectacle of these two grandfathers engaging in a public beef was great material for comedians — Seth Meyers referred to it as “the Thrilla in Vanilla” and Jimmy Fallon rolled his eyes and pointedly joked that “women everywhere said, ‘Thank god we didn’t elect an emotional woman to lead the country.’”

READ: Welcome to a world no longer led by Moscow and Washington

But, if nothing else, Biden and Trump have definitively settled the question: Is there any subject that old white guys can’t find a way to make all about them? Because here we are in 2018, in the middle of massive women-led movement to stop sexual violence and harassment, and these two have turned it into a referendum on who’s the biggest he-man and who has the hardest punch. Biden has since said he regrets his remarks. That he uttered them at all is a reminder that there can be a bro lurking inside even progressive and well-intentioned men.

Trump’s bullying, his encouragement of violence at his rallies, his threats to punch protestors, his affection for capital punishment are central to his popularity among his base. But Biden’s brand of chivalrous swagger is more insidious. Implicit in his threat to Trump is the tired belief that women are helpless maidens who need male protection, as well as the retrograde notion that real men settle problems with their fists. By cloaking his comments in concern for women, he is using the very real crisis of gender-based violence to burnish his street cred. Isn’t addressing this exact kind of status-seeking, power-tripping male violence one of the main goals of #MeToo? (And where exactly was this scrapper when Anita Hill needed him back when she accused Clarence Thomas of sexual harassment in 1991?)

It’s clear that Biden, who has become an advocate for victims of violence, still hasn’t examined his blind spots, particularly his own desire to present himself as a bad ass. But manly chest-beating is a common political strategy, appealing to voters’ ideas about men and power and the sort of men who should be in power. Russian leader Vladimir Putin has been described as “a playground bully” and stages photos in which he’s shirtless on horseback, or hunting wild game. Ontario Progressive Conservative leader Doug Ford often plays the mean kid. He’s belligerent to reporters and opponents, and frequently took pleasure in humiliating his late brother, former Toronto Mayor Rob Ford, publicly ridiculing him about his weight. Trump has long used his predatory behaviour towards women as a signal of his clout and status, bragging in interviews about barging into changing rooms at the pageants he owned in order to ogle women.

READ: When Trump lied to Trudeau about trade stats, he was also telling the truth

Male politicians who don’t engage in this kind of alpha male mine-is-bigger-than-yours competition seem to pay a price. Tellingly, a new poll shows that Justin Trudeau’s Liberals, who are still popular among women, have lost a third of the men who supported them in 2015. Analysts think our feminist prime minister’s advocacy on women’s issues might be a turn off to male voters. Will the PM need to box another senator to get his numbers up again?

In throwing his weight around in the name of women’s rights, Biden compounded the problems with this dynamic. If men really want to make a difference for women, they should stop showing off and start listening.