Andrew MacDougall: Welcome to the world of political damage control where the main goal is finding any explanation that can stand up for a news cycle 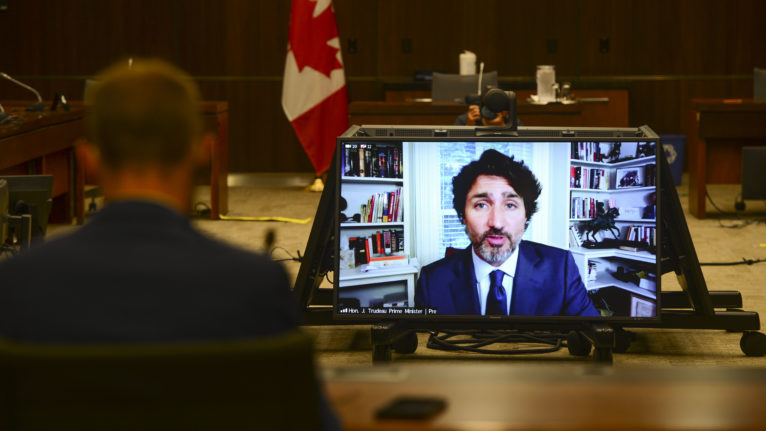 Who knew Justin Trudeau was a handbrake on the ill-fated WE deal, as outlined in his testimony at committee last week, and not the facilitator, as so many suspected?

A poor and conflicted handbrake, sure, given the deal went through unchanged only two weeks later on Trudeau’s say-so, but the only handbrake willing to stop a civil service hell-bent on giving a huge government contract—sorry, contribution agreement—competition-free to a charity with extensive ties to the Prime Minister and his family. Again, who knew?

Put differently, why did it take five long weeks into a scandal that’s eroding trust and support in his government for Trudeau to let slip that he was actually the hero in this sordid tale? One would think it’s the kind of information you’d put out early, to help douse the fire before it started raging. I mean, how could Trudeau’s office have misplaced this (seemingly) exculpatory nugget?

The answer is because it was most likely crafted after the fact. Welcome to the world of political damage control, friends, where the job is sifting through the embers of your failed spin to find an explanation, any explanation, that can stand up for a news cycle.

By this metric Trudeau’s committee gambit succeeded, as the single fact most people will have taken away from the Prime Minister’s testimony is that he ‘pushed back’ on the deal because he was worried about the deal’s perception given his public ties to WE. That he then waived through the deal without recusing himself was noted, albeit buried further down in the copy.

Well, the Prime Minister is certainly hoping so. There have now been so many twists and turns it’s hard to see where it’s all going. And that’s the point, at least for the PMO. But when you step back and survey what Trudeau is now asking us to swallow, it’s hard to see a mouth big enough for the job.

First, Canadians are being asked to believe that a Prime Minister who made himself his own Minister for Youth and repeatedly stressed his close personal commitment to youth issues during his testimony didn’t follow—or have anyone on his senior team follow—any of the work being done on the potentially $912 million Canada Student Summer Grant (CSSG) program between its announcement on April 22 and its consideration by Cabinet on May 8.

More incredibly, Trudeau is asking us to believe he didn’t do anything to steer the CSSG WE’s way in the first place, despite his April 5 conversation with Finance Minister Bill Morneau about helping students find volunteer opportunities, which in turn prompted Morneau to task his staff and officials with working up options for the next day, which arrived before Morneau’s April 7 call with WE Charity to get ‘input’ on potential programming (WE says the call happened on April 8), which then happened to prompt an ‘unsolicited’ proposal from WE to Trudeau’s office and the offices of Ministers Bardish Chagger and Mary Ng (a former Trudeau staffer) on April 9, which then led to Chagger’s officials mentioning WE back to Finance on April 16, which then led to Morneau’s office suggesting a partnership with a charity to deliver the volunteer program on April 18, which lead to one of Chagger’s officials calling WE on April 19, which came one day before Morneau’s call with WE on April 20 to ask if WE could deliver a volunteer program, which came one day before Morneau approved the concept of an outside body delivering the volunteer programme on April 21, before the entire programme was launched to the public by the Prime Minister on April 22.

You can see how the strategy is meant to work; just going through that timeline erodes the will to live. So here’s the condensed version: Trudeau chats volunteering with Morneau and Morneau rings WE;  WE spams Trudeau and Chagger’s offices; Chagger chats Morneau; Morneau duly suggests partnering with a charity; Moreau rings WE to see if they can do it; Morneau approves the concept of an outside partner; PM announces the CSSG; and PMO calls WE the day after the launch to see about partnering. Keeping in mind that, at this point, Morneau is secretly in hock to WE to the tune of $41,000 and no one knows Trudeau’s family has banked hundreds of thousands in WE speaking fees. But no, the fix wasn’t in and Trudeau knew nothing about WE’s involvement. And yes, he thinks we’re that stupid.

Ask yourself: what are the chances the two cabinet ministers with the most exposure to WE (financial and otherwise)—both of whom are past ethics violators—got together to chat youth volunteering, then chatted to WE, and produced a grant program two and a half weeks later that had nothing whatsoever to do with WE? And what are the chances neither man knew about the financial difficulties facing the charity, considering one’s wife donated $100,000 to it and had a daughter employed it and the other’s wife was palling around with the founders in the U.K. in early March? Is it any wonder Trudeau’s Chief of Staff didn’t want to detail any of the conversations her office had with WE, beginning on March 1 and continuing on throughout the spring?

The government is also counting on everyone losing sight of the fact that all of this happened before the details of the CSSG—including WE’s positioning as the only group capable of delivering this program—were approved by the COVID Cabinet Committee on May 5. And then Trudeau is asking us to believe that nobody in his office tracked that committee deliberations and briefed him until right before the Cabinet meeting three days later.

I suppose anything can happen, but having been around the Cabinet committee process and the PMO’s management of it, including sitting in on Operations Committee and Full Cabinet meetings, I cannot conceive of a universe in which senior staffers in the PMO weren’t aware of everything going on going into those meetings or coming out of them. And if your defense is that Stephen Harper’s PMO were a bunch of control freaks, you should ask Liberal ministers or backbenchers if anything has relaxed that much in the intervening years.

But in the Liberals’ telling, it was all the civil service’s idea. It was a binary choice between WE or no program at all. This might sound plausible to someone with no knowledge of the federal public service, but if you know Ottawa or the public service at all you are right now laughing through your tears. The only way the public service recommends outsourcing its work to a cult of one-eyed purple people eaters is if the political side asks it to consider only one-eyed purple people eaters.

And this is just the stuff they’re telling us. Or, I should say, the stuff that’s been extracted by a Parliamentary committee. There is more that needs sharing, starting with the communications between the PMO and WE prior to Trudeau’s April 5 chat with Morneau. This material will all, by the way, come out in the Ethics Commissioner’s eventual report; an office with nothing to hide would have released it already.