Opinion: The social-media network has come under fire, as some users start to abandon it—but despite its many flaws, it may still be the best thing on the Internet 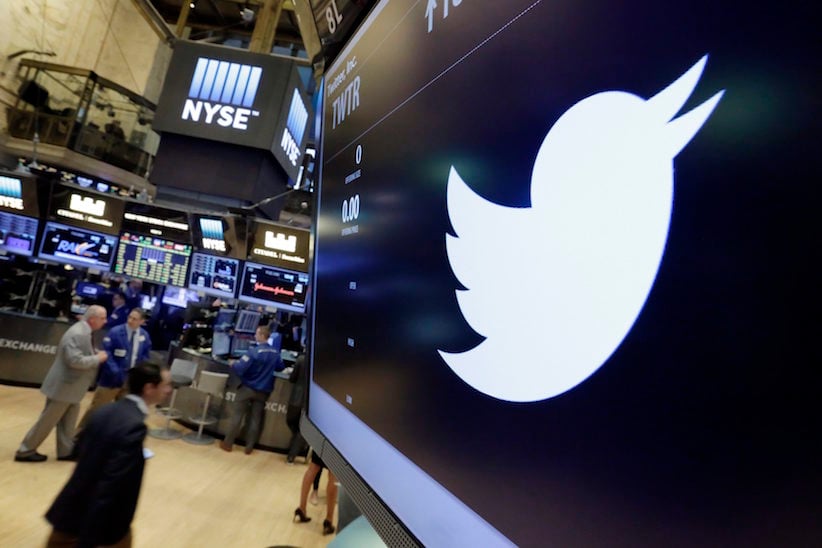 Earlier this week, comedian Joe Mande announced he would be logging off Twitter for good. Mande, a writer for the last three seasons of the hit NBC series Parks and Recreation, garnered a reputation on the social-media network for trolling celebrities, multinational corporations, and even President Donald Trump’s youngest son Barron. In his announcement, Mande noted that Twitter was “stupid as f–k,” and has “basically become a place we all go to scream about, and thereby indulge, the mental illness of a demented 71-year-old comic-book villain. If it’s not that, then we’re screaming at someone we don’t agree with, or screaming at someone we do agree with, because that person did something we don’t agree with enough.”

Mande isn’t wrong. For several years, Twitter has failed to deal with its most toxic elements. While its executive team equivocated with promises of transparency and struggled to balance unhindered discourse with a harassment-free experience for its users, user growth on the platform has flatlined. When Twitter floundered with inefficient fixes to improve user experience, a massive proliferation of trolls, creeps, neo-Nazis, and even Russian-sponsored bot accounts polluted the ecosystem to such an extent that a presidential election may have been compromised by them. Disney walked away from the opportunity to purchase Twitter, one of the largest social networks on the internet, reportedly because bullying and harassment endemic to the platform would stain the company’s family-friendly brand. And users appear to be taking note: In a 2017 earnings report, Twitter revealed it did not add more total users in the second quarter of the year, and the number of U.S. users actually declined from the previous quarter.

But despite all of that, Twitter is still the best thing on the internet.

“We are seeing seismic change within the entertainment industry (because of hashtags) on Twitter,” says digital media strategist April Reign in an interview with Maclean’s. Reign reached social-media prominence in 2015, after coining the Twitter hashtag #OscarsSoWhite (in response to an all-white roster of 20 actors and actresses nominated for lead and supporting Oscars). “We are seeing women (of colour) around the world celebrate themselves, and each other, in a way I’ve never seen before…to consider Twitter to be a cesspool alone, without acknowledging its benefits, is misguided.”

Since creating the #OscarsSoWhite conversation—which resulted in an internal diversity drive for the Academy of Motion Picture Arts and Sciences—Reign has used her influence to steer online discourse on race, gender, and the intersections therein. In addition to helping Twitter creatives of colour find meaningful work via the #ReignyDayJobs hashtag, she has continued to take Hollywood to task. When Game of Thrones producers D.B. Weiss and David Benioff announced their next project, Confederate, would be set in a world where the South won the Civil War, Reign created the hashtag #NoConfederate. It sparked conversations on the lingering socioeconomic effects of America’s slave economy—including the penal system, which allows for the labour exploitation of inmates—and became a globally trending topic.

Reign’s last widely trending hashtag conversation, #WOCAffirmation, was created to celebrate the achievements of women of colour who use Twitter, as well as a way of responding to the pressure by trolls, harassers, and even their employers, to remain silent in the face of injustice. For example, Ghostbusters actress Leslie Jones deleted her account after she was harassed by Twitter trolls and neo-Nazis to the extent that her phone was hacked and private pictures disseminated on the internet. ESPN anchor Jemele Hill, after her suspension by the network, has gone silent. And yet, no army rose for them the way they did for #WomenBoycottTwitter, sparked by the temporary suspension of actress Rose McGowan’s Twitter account. The #WOCAffirmation hashtag, celebrating the achievements of Women of Colour who use Twitter, trended alongside #WomenBoycottTwitter, and prompted Twitter’s CEO Jack Dorsey to introduce sweeping new rules, including account suspensions for glorifying violence and non-consensual nudity.

Outside of Twitter’s substantial role in facilitating grassroots activism, from Black Lives Matter to Occupy Wall Street, and even social revolutions like the Arab Spring, the platform has provided a long-needed online hangout space for marginalized groups to meet, collaborate, share their stories, and laugh at inside jokes. A Kickstarter campaign for male rompers found its way to Black Twitter, and the feeding frenzy of hilarious tweets pushed donations over $353,000, far above and beyond ACED Design’s original goal of $10,000. A wisecrack tweet by Twitter user @MFKAILLOU, riffing on an earlier Tumblr joke, got the ball rolling for an upcoming Netflix film starring Rihanna and Lupita Nyong’o, directed by Ava DuVernay.

MORE: It’s no surprise the Rihanna-Lupita movie is getting made

The sheer amount of toxicity with Twitter can’t be overlooked, by any means. For women (especially women of colour), users with high follower counts, and public figures, there’s a drastic diminishing return to be had when Twitter exposure often comes pre-packaged with rape threats, racial slurs, and doxxing. But to reduce Twitter to the worst aspects of its user experience misses the bigger picture. It’s also the place where diverse TV shows like Scandal, Insecure, and Queen Sugar find their fan bases, where West African users can sling jokes and egregious slander about jollof rice recipes, and where once-obscure Canadian writers like myself and Melayna Williams can find a foothold in an industry that’s previously been slow to change.

In his goodbye tweet, the writer Mande likened Twitter use to chronic drug addiction, in that users are “guaranteed to have a horrible, nightmarish experience every single time.” And it’s true that, absent an inordinate amount of work by users to clean up their feeds with filtering and blocking tools, logging on to Twitter can be a horrible experience.

But speaking as a certified Twitter addict, one can find bullies, creeps, and racists in almost any walk of life. Finding friends, like-minded fans, collaborators, and allies, on the other hand, takes much more sustained effort. There are, for instance, anime and comic book clubs in schools and universities across North America, but Black nerds still face ostracism and outright bigotry from their peers; on Twitter, accounts like heavyweights @BlackGirlNerds and @FanBrosShow are there to fill the gap. Film and TV has been glaringly monocultural for decades, with diversity barely extending farther than token characters and cultural stereotypes; with Twitter, creatives like Shonda Rhimes, Issa Rae, and Jordan Peele can cultivate a massive social-media following so they can charge into the fray and shatter expectations. Wherever a marginalized community finds itself shut out of mainstream discourse, there is a corner of Twitter for them to find support and camaraderie.

Perhaps a competitor with a more proactive stance on preventing harassment and bullying will eventually knock Twitter off its perch. In fact, if there was ever a time that a Lyft could arise to threaten Twitter’s Uber, now would be that time. But as flawed as the platform is, it’s not arguments, call-outs, and President Trump’s latest horrid stream of thought that bring Twitter’s users back. It’s the knowledge that our voices, when raised in solidarity, can help change the world around us. Scream about politics if it suits you—and when you’re ready, you can join the rest of us while we joke about catcalling men who wear rompers outdoors.