Shannon Gormley: Putin has perhaps never been more insecure than he is at this moment. Naturally, he has just made a grab for lifelong power. 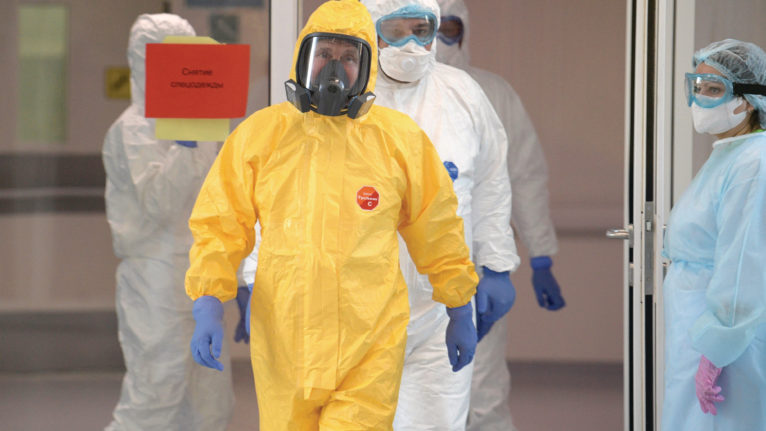 Vladimir Putin inspires many thoughts (“He is an evil man,” thinks John McCain in his memoirs; “Will he become my new best friend?” thinks Trump in a tweet), but none so common as two competing ideas of the Russian president’s power, each ruminated upon by his adversaries but each seeming to oppose the other: “Putin is weak,” think some; or, think others, “Putin is strong.”

And Putin has perhaps never been more insecure than he is at this moment; naturally, he has just made a grab for lifelong power. As his popularity has declined, he has held a referendum to extend presidential term limits that could allow him to rule into his 80s. It is out of weakness that he has attempted to ensure he can rule as a strongman for life.

The “Putin is weak, not strong” belief is compelling: under him, Russia is suffering from grave and obvious problems. There are the economic problems: oil prices are down; the ruble is very down; sanctions are up; sanctions are staying up; young people are leaving. Old people, his political base, have threatened to leave him, particularly over an abortive proposal to raise the retirement age. The country is spending too much money supporting separatists outside its borders, and within its borders not enough money keeping people above the poverty line; people living below the poverty line—one in every four families with children—watch angrily as the president’s allies and the president’s son-in-law and the president himself become multi-billionaires. Some of those allies have been targeted by sanctions.

In addition to the economic problems, there are the health problems—rather, there is the health problem, made worse by all the economic problems and making the economic problems altogether worse in turn. Russia—in which half of all medical facilities have no hot water and half of all hospital beds were cut between 2000 and 2015, according to the Wall Street Journal—has the third-largest number of confirmed COVID-19 cases in the world: over 650,000. Though it is not known precisely how many Russian people have died from the virus, Putin could have certainly done more to curb its spread, which might have curbed the decline in Russia’s GDP.

Although the Russian president’s weaknesses may go unreported due to the Russian media’s weaknesses, Russian people cannot help noticing that under the present system they suffer manifold intolerable weaknesses of their own. In the past few years, some of Putin’s own allies have spoken out against his policy failures; some of Putin’s own party members have run as independents. Putin’s approval rating is lower than it has been in three decades.

Within its borders, Russian media is largely under Putin’s thumb, Russian institutions are largely dwarfed by Putin’s control, Putin is Russia’s longest-ruling leader since Stalin, and though his popularity is low compared to his past self, it is high compared to many past and present Western leaders.

Beyond Russia, the country can appear even stronger. Russia has invaded Georgia. It has invaded Ukraine. Nordic countries are afraid it will invade them. It has quite possibly swayed a civil war in the Middle East in favour of a dictator who has murdered, tortured and displaced millions of his own people, swayed an American presidential election in favour of a serial sexual assailant whose businesses have had to declare bankruptcy several times, and swayed a British referendum in favour of ruining that country.

The danger Putin poses amplifies and obscures the state of endangerment in which he lives. And now, when Putin’s power is threatened—by pandemic, by economics, by the disillusionment of Russian people—it is shored up in a move animated by a spirit of fragile fortitude that Russian-American journalist Julia Ioffe once described as “classically Putin, and classically Russian: using daring aggression to mask weakness, to avenge deep resentments and, at all costs, to survive.”

This article appears in print in the August 2020 issue of Maclean’s magazine with the headline, “The weak strongman.” Subscribe to the monthly print magazine here.