Opinion: We need to tackle all our different challenges, and not pretend we all have the same ones—and identity politics help achieve that 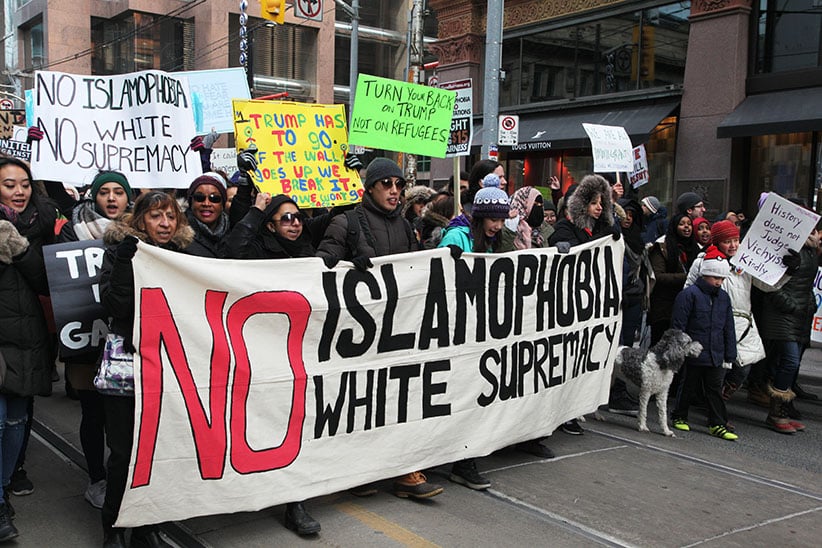 It’s become one of the most ire-raising terms by what has become an outrage-driven society: identity politics. Often deemed incoherent and vicious, angry columnists and commenters decry it when, say, the Prime Minister of Canada acknowledges that the country has failed Indigenous people, when leaders praise immigrants, or when corporations endorse diversity in their workforce. It’s accused of being inflammatory, fostering censorship and conflict, race-baiting and man-hating—a “poison” infecting the body politic, according to the Wall Street Journal. The rising alt-right, and even violent white nationalism, has been excused or diminished as an understandable reaction to it. Identity politics, opponents say, is itself the problem.

It’s become a punching bag for some progressives, too. Bernie Sanders has asked post-election Democrats to “move beyond identity politics.” The socialist magazine Jacobin has argued that “the frameworks of liberal identity politics and ‘alt-right’ white nationalism are proving curiously compatible.” Mark Lilla’s new book The Once And Future Liberal: After Identity Politics urges the left to reject “a pseudo-politics of self-regard and increasingly narrow and exclusionary self-definition.” Bill Maher attacked the “cult of diversity” on his HBO show on the same night tiki torch-wielding neo-Nazis were chanting “you will not replace us.”

Critics on both sides of the political spectrum claim such talk is divisive, but ignoring inequality only maintains the status quo—it doesn’t make inequalities go away. Identity politics alerts us to the distance we have to go to equality. And in the wake of the Charlottesville violence, the “free speech” debate over former Google employee James Damore’s memo questioning women in tech, and increasing anti-Islamism across Canada, it’s clear that we actually need more identity politics—not less.

But what is it exactly? Well, consider this joke from the sitcom Friends. After Joey encourages a lovesick Ross to “go to China, eat Chinese food,” Chandler deadpans back: “Of course there, it’s just called food.” Along those lines, identity politics for straight, white (mostly) men is just called politics. That’s the bonus of being dominant—you don’t have to “identify” what you are when you are the default.

For everyone else, identity politics merely addresses political issues particular to their subgroups. So it’s just politics for people who are also Indigenous, female, black, brown, Muslim, LGBTQ, Jewish, disabled or members of other marginalized communities facing unique challenges. It is a request to allow other lenses on political life to be seen as holding equal value. It is, as Samantha Bee once put it, “what we used to call civil rights.”

But civil rights has positive connotations, so identity politics has been weaponized as a term—like political correctness before it—to make it easy to ignore these identity-specific concerns. Semantics have long been one of the right’s preferred tactics, after all, having turned socialism into a slur so effective that when Sanders became the first major-party U.S. candidate to describe himself as such, he was seen as “reclaiming a term that was used to discredit his political ancestors,” according to political historian Samuel Goldman. Ronald Reagan turned liberal into “the dreaded L- word” so effectively Obama was still avoiding it in 2014. “Social justice warrior” or “SJW” has become a mainstream insult online.

Before identity politics also became a pejorative, it was used innocuously in academic circles for decades regarding civil rights movements. American anthropologist Vasiliki Neofotistos defined it as a tool to “stimulate and orientate social and political action, usually in a larger context of inequality or injustice.” British political philosopher Sonia Kruks further explained that it does not seek “respect ‘in spite of’ one’s differences. Rather, what is demanded is respect for oneself as different.” In other words, equality—not assimilation.

Inequality and assimilation, however, was Canada’s initial modus operandi, a nation founded by white men who considered minorities and women inferior. During my parents’ lifetime, Indigenous and Asian citizens couldn’t vote and women had only recently gained the franchise. It was legal to ban blacks and Jews from beaches and businesses, but illegal for gays and lesbians to have sex. The last segregated black school in Canada closed in 1983, the same year that raping your wife became illegal. The last residential school closed in 1996. Same-sex marriage wasn’t legal until 2005. Transgender rights became enshrined just this summer.

Democracy has a systemic vulnerability: tyranny of the comfortable majority. People vote in their own self-interest, but many do so without even being aware of what others deal with. Stephen Harper echoed many Canadians’ own thought processes when he admitted in 2015 that an inquiry into missing and murdered Indigenous women “isn’t really high on our radar, to be honest.”

Progress has obviously been made since my parents were born, thanks to the identity politics putting these issues on that majority’s radar. But inequality remains, and that’s why identity politics still matters. It is not about ensuring, as the National Review claimed in their article about Damore’s Google memo, that “the white male must lose.” It’s about ending the funding discrepancy for Indigenous children because there’s a suicide crisis and because way too many kids wind up in foster care. It’s about police reform because more than half of Greater Toronto’s black population has been stopped in public, and both black and Indigenous Canadians are overrepresented in prison. It’s about protecting Muslim and transgender Canadians from hate. It’s about reducing the gender pay gap and increasing diversity across society. It’s about making sure the playing field gets levelled, and that power gets shared.

Trump has shown us what happens when anti-identity politicians take over. They play their own kind of identity politics—but, for them, it’s just called politics. After all, he’s called for a ban on transgender people in the military, a travel ban from some Muslim-majority countries, and a dismantling of affirmative action policies because he claims white people are the ones being marginalized despite the data to the contrary.

That’s why some progressives want to focus on class and stop talking about identity issues, in the hopes that the left can attract more straight white working-class voters who believe they’re threatened by social change. Former White House advisor Steve Bannon’s recent boasts about his advantage over the Democrats captured this dilemma: “The longer they talk about identity politics, I got ’em. I want them to talk about racism every day.”

The Republicans’ grand trick—making white Americans feel like an oppressed minority—isn’t new. The white-race card has been a Republican ploy from their Civil Rights-era southern strategy through the Obama-era Tea Party; Canada, meanwhile, has seen less successful efforts with the Conservatives’ barbaric cultural practices hotline and the Parti Quebecois’ Charter of Values.

As counter-protesters in Vancouver, Boston and most recently London, Ont., stand up together to marginalize white supremacist demonstrations, it seems clearer that identity politics, bringing issues of marginalization to the fore, are as important as ever, semantics be damned. We need to tackle all our different challenges, and not pretend we all have the same ones. Class matters, of course, but if you try to address, say, poverty without dealing with racism, the primary beneficiary is the majority group. That’s how “working class” became synonymous with “white working class.” Trickle-down theory doesn’t work any better on the left than it did on the right.

Despite conservative claims of pandering, every subgroup deserves a government and society that intervenes on its behalf as much as for the dominant group—one that reclaims, rather than rejects, this movement.

And if the point of identity politics is to decrease oppression by increasing equality—a slow but steady process that has been ongoing for a century and must continue, despite the current pushback—it is the way forward to genuinely uniting a nation.