We must have our beef

Corey Mintz: Plant-based alternatives cannot curb climate change. Why? Because we keep going back to beef. 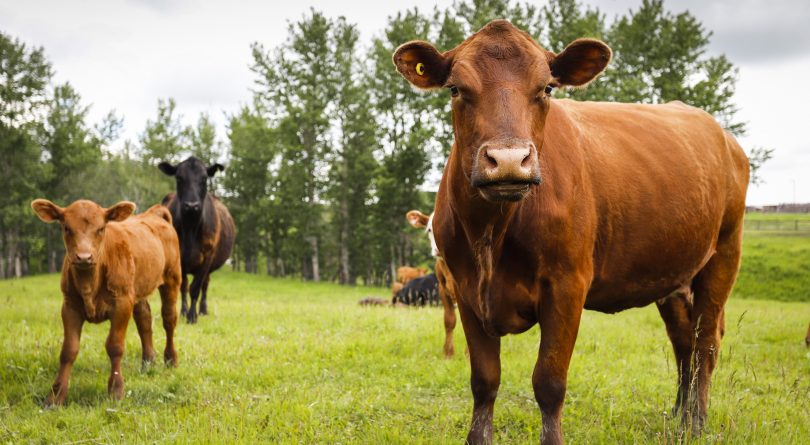 As I watch the Brazilian rainforest burn, largely due to president Jair Bolsonaro’s “open-for-business” invitation to the cattle and logging industries, my inbox continues to flood with press releases for plant-based products that promise to save the planet.

In the last year, “plant-based” has become the new “gluten-free.” That was the last empty buzzword used to sell us stuff we don’t need and to simplify the complicated choices about what we put in our bodies. Previous iterations were “local,” “organic,” “craft,” “small-batch” or “superfoods” like pomegranate and acai berries, all promising to make us healthier and benefit the environment.

Part of what makes the term plant-based so magical is that it doesn’t have to mean anything; everything is made out of plants. Our cotton clothes are plant-based. Our cardboard boxes are plant-based. Even gas for our cars are plant-based, having been formed by fossilized plants treated to heat and pressure over millions of years. So “plant-based” means as much on a package’s label as “molecule-based” or “made in the Milky Way.”

MORE: What the skyrocketing popularity of Beyond Meat means for our planet

The products that launched this plant-based trend are the Impossible Burger and the Beyond Meat burger. And they did it brilliantly. First, these companies sunk huge funds into developing products with the flavour and texture of beef. Next, they partnered with the fast-food chains that have deep connections with consumer taste.

In the U.S., Burger King now serves an Impossible Whopper. Last year, the Beyond burger became available at A&Ws in Canada. This primed consumers for supermarket retailing of these products. It has created a peripheral market demand for plant-derived protein alternatives that closely mimic animal meat—like New Wave Food’s plant-based shrimp or Right Treat’s omnipork (not yet available in Canada)—rather than their veggie burger ancestors. And it has opened the floodgates for the wave of imitators looking to cash in on the trendiness of the term.

Every week I get a new pitch about a “plant-based” product or restaurant. This week it was a vegan ice-cream company that now uses plant-based containers. Were the previous pints wrapped in schnitzel? A just-released trailer for the plant-based extreme athlete documentary The Game Changers features Arnold Schwarzenegger exposing a pro-meat conspiracy in the world of bodybuilding. The movie posits that meat is bad, not out of compassion for animals or the environment, but that it’s just not as good at building muscle as we think. What a strange reason to join this bandwagon.

Hucksters are going to huck. There’s no stopping that. But while they’re busy diluting the value invested in plant-based research and marketing, we should stop to ask what value this has to begin with, and to what extent we are watching another boom-and-bust trend like with quinoa and “clean eating.”

The purpose of these products was supposed to be to provide an alternative for people who care about the environmental impact of beef production or the welfare of animals but aren’t ready or willing to give up meat. And as far as becoming the methadone of our cattle problem, they’re successful.

Currently, the retail cost of plant-based burgers is about double the price of good ground beef. In a recent Toronto Star article, a Beyond Meat spokesperson committed to a five-year timeline for lowering the price of at least one of their products below the cost of meat. To achieve that, and to continue the pursuit of replicating beef’s flavour, smell, texture and cooking properties, they keep tinkering with the recipe. Which is good. Because when we say that these things successfully taste like beef, we mean mediocre beef.

No one is claiming that they taste like a good burger. Reaching for the quality level of an A&W burger means you’re still on the bottom rung of the culinary ladder. Presently, the Beyond burger closely replicates the texture of beef much more than the flavour. The products are constantly being revised, but changing the formulation makes it difficult to stabilize the supply chain through commitments to growers.

Meanwhile, the UN says that our window to do something about the looming threat to the earth’s food security is closing. If we could eliminate our use of land to raise cattle for beef (and replace pastures with forests) we would have the time we need to solve climate change. And while these burger substitution products provide a market-demand solution, the massive undertaking in R&D and marketing is a long drive around the block to find a parking space that was right in front of the building—we could simply stop eating beef.

Obviously, that’s not going to happen.

MORE: The European Union can help save the Amazon

Our addiction to burgers reminds me of the guy with the rash on his arm. His skin is flaking off, all the way up to his elbow. His doctor can’t help him. And a series of dermatologists can’t figure it out. Finally he gets an appointment with a brilliant doctor in Sweden. He travels there to see this expert. The doctor looks at his arm and asks if he uses it for work.

“Sure, doc. I work in the circus,” says the man. “My main job is giving enemas to the elephants. For that I have to get my whole arm up the elephant’s butt.” The doctor shakes her head and tells the man that he just needs to quit his job and his arm will be fine. Outraged, the man asks, “You want me to give up show business?”

Politicians wasted a decade pretending they didn’t believe the science of climate change. Since then, they’ve hidden behind economic defenses for their inaction. And the fools that we are, unhappy merely with chicken, pork, fish, tofu, beans, nuts and the plentiful sources of protein available to us, yet we’ve got to have our burgers. And if we can’t have our burgers, we’ll science our way to replace them. Anything but abstinence.

Even the most optimistic growth of the plant-based meat market projects sales of $27.9 billion by 2025. That’s huge. But it stands in the face of the $383.5 billion beef sales expected in the same time frame. Meanwhile the Amazon rainforest, which produce so much oxygen it is known as “the planet’s lungs,” burns. And as the middle class in China grows, with it comes an appetite for beef. So the displacement of beef by plant-based meat is not happening fast enough.

There’s no point arguing against incrementalism if you end up advocating for doing nothing. A product that enables consumer choice to displace one-tenth of a destructive practice is great. That still leaves a lot riding on policy change.

Yes, we should absolutely stop eating beef—and immediately. Plant-based meats are a step in the right direction. But we need to do more than replace beef with a product that is merely adequate, high-cost, and available only to a minority.