What a letter about a pipeline taught me about ageism

Opinion: You can’t build a strong present or future by tearing down young or old people—a needed reminder after the backlash to a letter from the Prime Minister's Youth Council 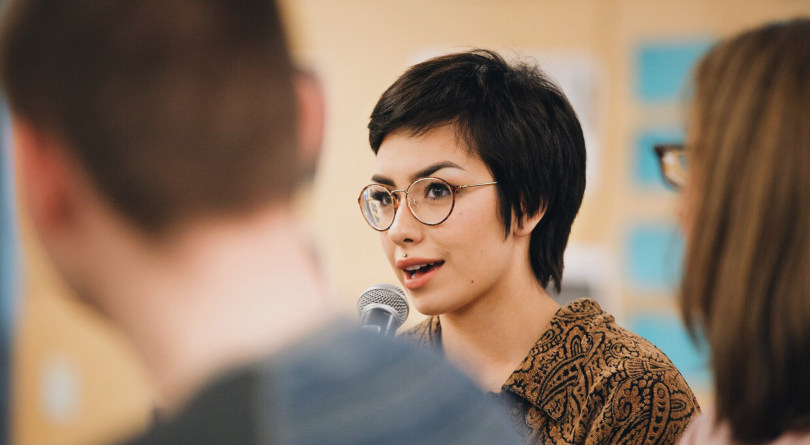 Riley Yesno is a 19-year-old Toronto-based student from Eabametoong First Nation and a member of the Prime Minister’s Youth Council.

Earlier this week, I, along with more than 16 other members of the Prime Minister’s Youth Council and other young Canadians, released an open letter and online petition to the public. The letter detailed our opposition to the government’s decision to purchase the Trans Mountain pipeline from Kinder Morgan and called on Justin Trudeau to reverse his decision to support the Trans Mountain pipeline expansion. The letter expressed our “immense disappointment” in the Liberal government’s decision to move forward with this project, highlighting environmental risks, violation of Indigenous rights, and lack of youth consultation as primary issues of concern.

I expected the letter would be controversial. The conversation around Kinder Morgan remains divisive, with the sides both for and against it now firmly entrenched. But I also expected dialogue—discussions around the economy, job creation, environmental risks, and Indigenous communities and consent. I did not expect the way so many Canadians would take to social media to discredit our work on the basis of our age: We were dismissed as naive, inexperienced, lacking intelligence or understanding, and self-absorbed.

Rhetoric like this may seem rather insignificant when it’s contained to online forums. And it may seem ridiculous for me, a young person who has been afforded numerous privileges in my life, to cry ageism at some online backlash. But the response to the letter is just one small example of age-based prejudices making already hard-to-access places, like the political arena, even more daunting for young people, and it’s a troubling reflection of the genuinely harmful way young people are negatively perceived and talked about. There are real-world repercussions—and it’s ultimately a disadvantage to a society as a whole.

READ MORE: Why we should give children the vote

This kind of age-based prejudice, or ageism, can be explicit and intentional, or subconscious as a result of societal prejudice that’s involuntarily ingrained in each of us. It hurts both the youth and the elderly: Older people are often seen as less valuable as they age, while alternately, young people aren’t seen as valuable until they age into the ideal window of acceptability. Ageism marginalizes our voices and limits our access to opportunity; from a youth perspective, the inherent belief that all young people lack experience, maturity, or competency to express valid opinions or complete tasks means that doors are locked before we can even try to open them. How are we ever meant to find meaningful employment if we are always seen as inexperienced? How are we supposed to share and develop our voices if we aren’t given platforms to share and develop them to begin with? How are young people, so often mocked for failing to show up at the voting booth at election time, supposed to get politically involved if those who do get involved are simply dismissed out of hand? When you exclude young voices, you exclude the potential for differences of opinion, insight, and talents to be brought to the table—and exclusion has never been a best practice.

READ MORE: Why some are arguing that older people should lose the right to vote

According to the United Nations, almost half of the world’s population is under 30 years old, yet less than 6 per cent of all parliamentarians are under 35. You can find this kind of poor representation of young people in every facet of social, institutional, and economic life. As previously mentioned, a great deal of this stems from a lack of opportunity to begin with, but a great deal of underrepresentation also comes from our society’s tendency to tear down and diminish what little youth representation we do have.

After all, we’ve seen it happen over and over again with high-achieving young people around the world. In the case of the letter submitted by the Prime Minister’s Youth Council for example, calling Simone Cavanaugh an “uneducated young person” won’t negate her achievements as a law graduate and champion for accessibility; insisting that Donovan Taplin is inexperienced doesn’t invalidate his work as a town councillor at just 19; leaving a comment that Nmesoma Nweze is “too young to have an opinion” doesn’t change the fact that she has shown more initiative by creating this one letter than many people ever do. However, what it does mean is that another young person will see hordes of haters trying to invalidate their voices and potentially feel too discouraged, frustrated, or scared to try to accomplish something similar. We cannot solely point to the youth who do manage to thrive despite prejudice as meaningful representation, because for every glass ceiling that is broken, we forget that shards of broken glass fall on those who are still rising below. In a world where young people already have to navigate so many obstacles to thrive, ageist prejudice is just one of innumerable shards.

READ MORE: It’s time to face up to old age

It is important to note where there have been incredible victories for young people and anti-ageism advocacy. We are seeing more youth representation on boards and in decision-making processes. The Canadian government has both a minister of youth and a newly appointed minister of seniors. The number of young voters who came out on election day has been deemed “unprecedented.” And movements such as #NeverAgain in the U.S. prove that the power of young voices is being recognized not only in Canada, but globally. This is something to be proud of. But just because the problem is becoming arguably less pervasive, doesn’t mean we should stop pointing out our shortcomings or advancing an inclusion-centred agenda.

READ MORE: Here’s why we, America’s youth, will prevail in the fight for gun safety

I am not saying that we shouldn’t value lived experience; I’m only saying that we shouldn’t always be correlating experience or usefulness with age. Yes, young people may sometimes need educating, but we should provide them with the space to gain that education that is free of judgement and scrutiny—good advice for most people, to be sure. We should advocate for amplification, not marginalization, because you can’t build a strong present or future by tearing down young people.

So don’t tell me that I have no right to talk about this pipeline because I’m young. Tell me why you agree or disagree with me with real justification. And more importantly, next time you’re unjustly judging someone because of their age, consider this: invalidating young voices won’t silence them. They will only shout louder.