What Canada needs now is some positive conservatism

Ahmed Sahi: A dangerous form of nationalism is taking root on the right. It's time to refocus on nation-building and a movement that loudly rejects Islamophobia and fear. 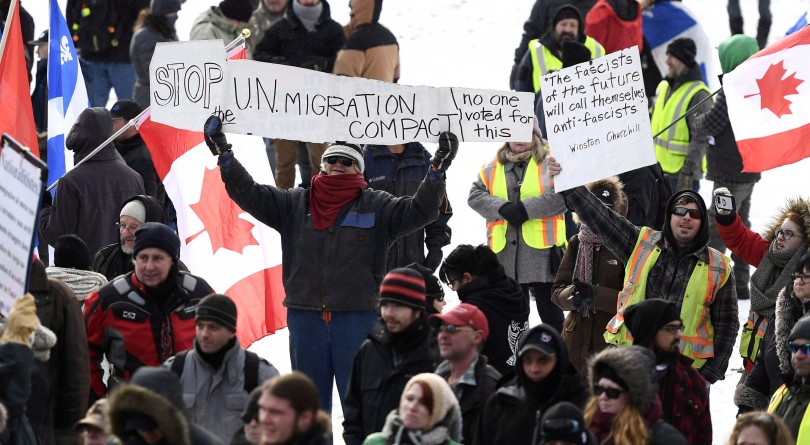 The ghastly attacks on two mosques in New Zealand recently show that the rise of far-right extremism has not only proven itself to be a major global threat to peace and security, but also an existential threat to conservatism itself, which has come under heavy fire for breeding, or at least tolerating in its ranks, xenophobic elements.

In a way, the New Zealand attacks may prove to become a pivotal moment for the right-wing.

Though the racism of far-right extremism has long been identified as something real and dangerous, it has also, to a large extent, remained under the radar; something ugly simmering under the surface.

But after 50 people (nearly all visible minorities) were slaughtered at a house of worship, in a modern western nation deemed to be one of the safest in the world, that ugliness has boiled over for the world to see.

What’s now clear is that it’s past time for conservatives to utterly separate themselves from any notion or any segment of their membership base that ascribes even remotely to xenophobic or Islamophobic views. It should go without saying that conservatism is a movement in which racists are not welcome. Unfortunately, this is a message that must now be shouted by conservatives across the world, including here in Canada, where anti-immigrant views have, as of late, begun to stain the brand.

READ MORE: When terror strikes the populist leaders cash in

After the New Zealand mosque attack, the leader of the People’s Party of Canada refused to offer comment (even to denounce it). Similarly, the leader of the Conservative Party’s first statement focused on how “freedom” had come under attack (not Muslims), needing a second try to get it right. The delay left the impression that the Conservative Party feared alienating a kind of voter who may hold anti-immigrant views.

Both parties have also been skeptical of Canada’s signing of the UN’s Global Compact for Migration. The Conservatives have argued that it will erode the sovereignty of our borders, while the PPC says it will open the doors to masses of migrants from poor countries. Both claims seem geared toward stoking fear among anti-immigration voters, and contrary to the reality of the massive value of immigration.

Of course, south of the border, the president of the United States has openly fraternized with far right and white supremacists while routinely raising fears about immigrants, whether it’s about building a wall to keep out Mexicans or imposing a travel ban to keep out Muslims.

It’s as if an element of the right has forgotten, or perhaps has simply not truly understood, that there is a huge difference between “nationalism” and “nation building”.

“Nationalism” as we understand it today, is increasingly a movement based on bigotry and fear-based racism—one that’s often associated with populist far right movements in Europe that have ridden a wave of anti-migrant sentiment.  “Nation building” however, is a very different and noble cause; one that is about wanting to make your country great—it is not to be associated with the pettiness of racism, bigotry or Islamophobia at all.

There needs to be a refocus on positive conservatism, a movement that embraces immigration and minorities. After all, immigration is what made the U.S. the dominant power in the world, by welcoming and nurturing the best minds to fuel technology and ingenuity. (Immigrants contribute 10 per cent of America’s annual GDP and are, according to the Brookings Institution, more likely to become Nobel laureates in physics, chemistry, and physiology or medicine.)

We’ve seen the immense benefits of immigration here as well, but there’s a lot more potential we have yet to tap into. And conservative thinking should be obsessed with wanting to build Canada up to reach its true greatness.

Conservatism at its best is a movement that champions individual liberties and fiscal responsibility; small government and social values. Campassionate conservatives also believe in helping others, be they refugees or fellow citizens. It’s also important to remember that in the Conservative Party of Canada’s recent past, during the time of Stephen Harper, Canada recorded record high immigration and was focused on winning over immigrant communities.

So at this critical juncture, what is stopping Canadian conservatives from building a party that embraces open doors and offers a safe haven to the world’s most needy, while making Canada an economic powerhouse? Nothing. Because most right of centre voters in Canada are welcoming to refugees and immigrants and would welcome the economic growth and innovation they bring.

This is what the new conservatism, a positive conservatism, can look like. It’s got to be about nation building, not nationalism. It’s got to be about achieving the best for Canada, in a way that includes everybody, and cuts at the root of far-right extremism. It’s time to make a separation between racist nationalism, and the positive, inclusive patriotism of nation building.