What does Conrad Black see in Donald Trump?

Stephen Maher: The things that trouble many conservatives about the U.S. president seemed to genuinely pose no problem for the now pardoned Black 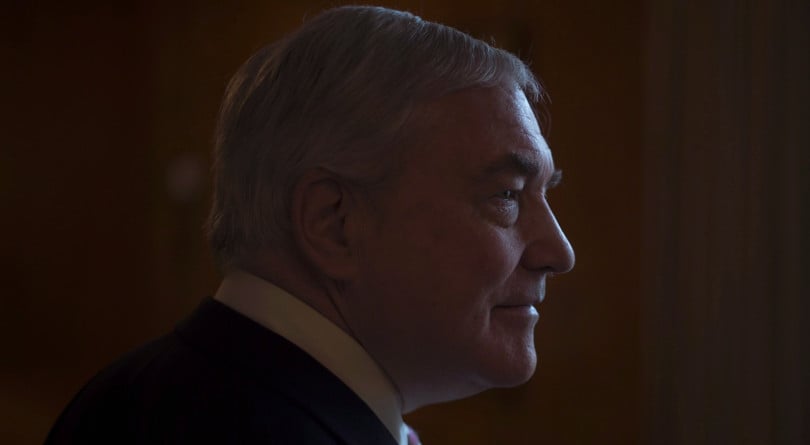 Black poses at the University Club in Toronto on Nov. 11, 2014. (THE CANADIAN PRESS/Darren Calabrese)

Last June, in an interview on TVO, Conrad Black seemed taken aback when Agenda host Steve Paikin asked him about gossips who thought he was praising Donald Trump in the hopes of winning a pardon for his crimes.

“I think that would be a mealy-mouthed and almost a dishonourable thing to do,” said Black, who has a knack for the mot juste.

You have to agree with him.

If Black did write a book and a number of columns praising Trump, for the purpose of influencing him, that would indeed be mealy-mouthed and dishonourable, and Black would be a sad, pathetic figure, a tycoon who once sat in the House of Lords reduced to sycophancy in a desperate attempt to flatter the narcissist-in-chief so that he can once again travel to the United States, and glide through the gilded rooms where the one-per-centers drink their Moët and complain about all the tax they pay.

But Black seemed surprised that Paikin even suggested that he might be motivated by a desire for a pardon.

“I haven’t applied for a pardon,” he said.

Any excessive kindness to Trump, he said, was just for dramatic effect.

“I will admit that sometimes I … just turn it up a bit, to make it a little louder, I do that occasionally, in a miniature Trumpian tendency just to épater la bourgeoisie a bit, get a bit of a reaction, but in fact, no, I call it as I see it. I think he is in fact what the country needs and I think he is a very good president.”

In the course of the 37-minute interview with the courteous but insistent Paikin, Black made a convincing argument, not that Trump is admirable, but that he honestly admires him.

After Trump’s pardon was announced, with much of the coverage linking his praise of Trump to Trump’s decision, Black wisely decided not to comment.

“To people who say it was once only a back-scratching operation and it’s only a payoff to me for being a supporter, I might decline to touch upon that,” he said.

I don’t believe Trump, who told Black that the pardon had nothing to do with all the praise, but I do believe Black when he says that’s not why he praised him.

I watched the Paikin interview again after the pardon, and come away inclined to agree with Black’s friend and former employee, Jon Kay, who concludes that Black’s admiration for Trump is genuine, because it is “entirely consistent with Black’s other intellectual fixations”—a penchant for “the rehabilitation of autocratic historical figures,” like Maurice Duplessis and Richard Nixon, strongmen about whom Black produced admiring biographies.

I would posit also that the things that stick in the craw of many conservatives who might otherwise like Trump—his open racism and perpetration of various frauds—may pose less of a problem for Black than for they do for others.

When Paikin challenged Black with evidence of Trump’s racist politicking—his repeated false allegation that Obama was not a U.S. citizen, for instance — Black parried, defending President Trump and attacking his critics.

Curiel is the judge who presided over the class action suit against Trump University, which ended with a $25-million settlement in favour of students who alleged they had been defrauded.

On the campaign trail, when pressed about the lawsuit, Trump repeatedly referred to Curiel as Mexican, although he is from Indiana, complaining that he could not get fair treatment from him because of his heritage.

Black, under pressure from Paikin, repeated Trump’s false assertion about Curiel, suggesting there is something untoward about his membership in the San Diego La Raza Lawyers Association, a professional group, not a militant organization.

“I suspect that what Donald said was actually true, that the man had a bias against him because he was associated with hispanic organizations that tended to take public policy positions about illegal immigration that Trump opposed.”

Black, who is courteous and learned, scornfully rejects accusations that he is racist, but it is fair to note that he does not see racism when it is obvious to most people.

I find Black interesting, in part because his commentary reveals the id of the WASP anglo-Canadian ruling class, the old prejudices of the starchy but proper Upper Canada College set, like a character from a Robertson Davies novel confronted with the Canada of Drake and The Weeknd.

Like that old ruling class, Black would see open expressions of racism as vulgar, but has never seem troubled by even its most oppressive forms.

He opposed the end of South African apartheid, for instance, and has repeatedly defended attention-seeking white supremacist Faith Goldy.

In his writing about Canadian history, he is insultingly dismissive of Indigenous history, providing an important voice for those who think that governments go too far in seeking to reconcile with communities damaged by colonialism, giving intellectual encouragement to those, like Senator Lynn Beyak, who refuse to acknowledge the crimes of the past.

So I am inclined to give Black the benefit of the doubt on the question of what motivated him to write so many kind things about Trump, and take his word that he didn’t do so out of a dishonourable desire for a pardon.

I believe he is sincere in his admiration of the wretched racist running the United States, which, when you think about it, is not a particularly kind conclusion.