What does the graphic nature of Black death in film say about us?

Opinion: Black people being beaten bloody and mutilated shouldn’t be a necessary tool for enlightenment 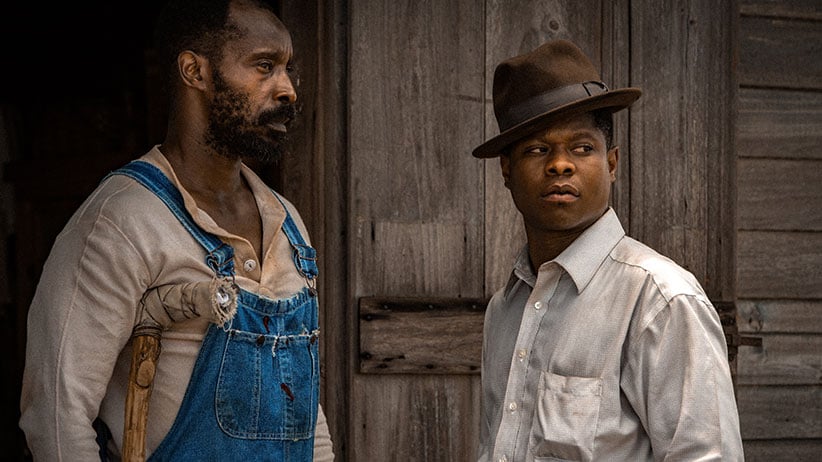 Last week at the Toronto International Film Festival, I watched Netflix’s acclaimed Mudbound, a meditative drama based in the post-WWII south. The film had already picked up wide acclaim after its premiere at the Sundance Film Festival, and it is mentioned as a possible Oscar contender. Upon seeing it, I believe Mudbound could very well be the first Netflix-distributed fictional title to do so. The chance of an Oscar certainly moved Adam Sandler, who reportedly convinced Netflix’s Chief Content Officer Ted Sarandos to purchase distribution rights to the film for $12.5 million. It also excited producer Cassian Elwes, who exclaimed to Marketwatch that he and his team built a shrine to Sandler and recite a daily prayer for his generosity in recommending the film.

But Mudbound, while powerful and arresting, left me with a sickening emptiness in the pit of my stomach that almost always accompanies period films that explore America’s racial dynamics (that is, before the Civil Rights movement supposedly dragged the country into a more enlightened age). I felt it during a particularly brutal lynching scene in the film, in which a Black character is kidnapped, beaten, and mutilated. I looked away as the character screamed, and the audience around me, most of them white and dressed for an evening of high film at Roy Thomson Hall, were held in rapt attention.

After the film ended, while the credits ran, a Black woman got up from her seat and sat next to me. “You’re here by yourself?” she asked. I answered that I was. “I can’t believe you could just sit here, watch what we just watched, and have no one to talk to about it.” So we talked about it, and agreed that while the realities of the Jim Crow era had yet to be fully reconciled with our present, in which Black lives can be snuffed out without consequence, Black people being beaten bloody and mutilated shouldn’t be a necessary tool for enlightenment.

Later on, I encountered a friend in the lobby—also a Black writer—and I asked his thoughts. “I liked it,” he said, “Until I didn’t.” Not much needed to be said after that; the lynching scene had unsettled both of us. And we agreed this wasn’t just a flaw with the film we’d watched; it’s a visual staple within the genre of racial drama, and to some extent a staple of mass media itself. That is, Black people dying.

There’s no polite way to put it. Black people don’t just die on screen. Whether in fiction or in breaking news, our bodies are lynched, butchered, and snuffed out with regularity. The graphic nature of their deaths may be intended to shock white audiences into understanding the lived reality of Black people, but this is a reality with which Black audiences are already familiar.

As Poussey (a character from Netflix’s prison comedy Orange is the New Black) is asphyxiated under the weight of a prison guard’s knee, the camera lingers on her face until the moment she expires. In the film 12 Years a Slave, Lupita Nyong’o’s character Patsey is tied to a tree and scourged with a whip until the skin of her back is flayed loose. These brutalities hardly need to be imagined or recalled—we see them regularly on our tablets and smartphones. We’ve seen officer Daniel Andrew straddle Marlene Pinnock and beat her face with his bare fists; we watched Eric Garner’s last moments, as he was chocked to death by NYPD officer Daniel Pantaleo.

This conversation, about the necessity of graphic violence in service of the greater narrative, has already been settled elsewhere. Game of Thrones, for example, came under fire several times for its brutal depictions of rape, and for its use of “sexpositions”—hiding otherwise boring backstories and information dumps behind graphic sex scenes. Audience discomfort with the show’s depictions of rape and its near-exploitative use of consensual sex reached a tipping point in the fifth season, when thousands of viewers and even U.S. Sen. Claire McCaskill took to Twitter to denounce an episode that ended in the brutal rape of main character Sansa Stark. “It was a rocky ride,” tweeted the senator, “that just ended.”

Later in the year, director Jeremy Podeswa (who helmed the episode in question) addressed the criticism, stating, “The show depicts a brutal world where horrible things happen. (The producers) did not want to be too overly influenced by that (criticism), but they did absorb and take it in, and it did influence them in a way.” While the show has featured dozens of brutal deaths since then (including a child being burned alive), it has veered away from the type of base sexualization that it was criticized for in previous seasons. The reality of rape culture needs wider awareness, but should women viewers have to sit through the brutal rape of female characters in order for men to be better acquainted with it?

READ: Into the abyss of black deaths in America

About halfway through Mudbound, Laura McCallan (played by Carey Mulligan) remarks on the way life as a farming landlord family is intertwined with death. Dead mice, dead insects, dead possums in the fields, freshly dead chickens ready to be plucked and gutted. One gets the sense the McCallan family’s dreams also died somewhere on that farm, among the dirt and the cotton bolls, leaving behind only the bitter struggle, lust, and loathing that exemplified the Southern underclass. But there is also an unspoken death present, catalyzed by a society whose pillars are rooted firmly in the mass of Black bodies sacrificed to the doctrine of white supremacy. It is a death of humanity, where the cultural blind spot towards Black death is so wide, that it must be held before our faces, in all its gruesomeness, in order to be acknowledged.

A world in which Black boys are still lynched by white teenagers and off-duty police officers, and in which Black girls are manhandled for having smart mouths, isn’t one that needs this pornographic level of violence to make a point. Because if we are indeed human, and our lives do matter, we shouldn’t have to die before your eyes before you start believing us.