What I learned as a first-time cabinet minister

Jane Philpott: Ask intelligent questions and truly declare your mind and your opinion, as you swore you would do 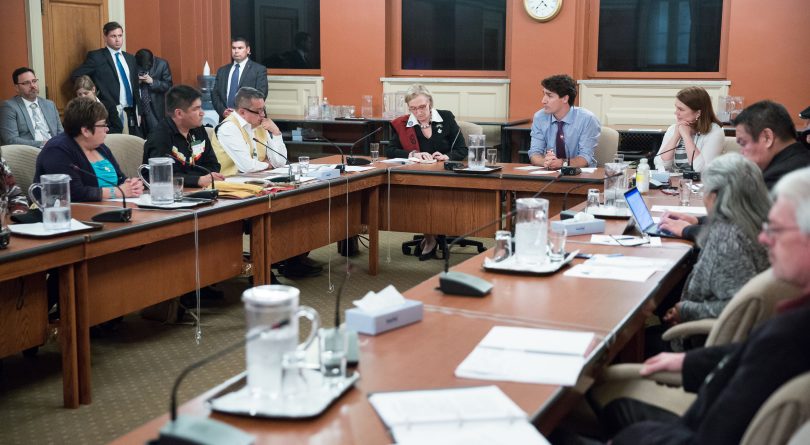 Jane Philpott is a medical doctor and former Member of Parliament. From 2015 to 2019, she served as federal Minister of Health, Minister of Indigenous Services and President of the Treasury Board.

Congratulations to the cabinet ministers of the 43rd Parliament. You’ve reached one of the highest pinnacles of prestige in the government of Canada. The job comes with serious responsibilities. Some of you continue in a position you’ve held for up to four years. Others are entering a whole new world, and the pressures will come at you quickly.

I’m thinking of Anita Anand and Steven Guilbeault, both newly elected MPs who were immediately assigned a cabinet post. The same thing happened to me four years ago, so I can imagine what your world looks like now.

You’ve probably already met your deputy minister (DM), though some ministers in newly manufactured portfolios may share a DM for some time, until the high-ranking public servants are rearranged according to the new ministries. I worked with three exceptional DMs, who gave me fearless advice and unwavering respect. They each conducted a huge department like a well-tuned orchestra. They are the unsung heroes of Canadian democracy.

MORE: Jody Wilson-Raybould and Jane Philpott on the power of one

Perhaps you’ve already been assigned a chief of staff. These are usually hand-picked by the Prime Minister’s Office. Along with the DM, the chief of staff is an indispensable person in your life now. I had four, and I owe them a debt of gratitude.

The chiefs of staff have the task of hiring bright, ambitious people, who will work unruly hours as your political advisors. They also establish procedures for your minister’s office. Having clear protocols is vital. For example, a Minister’s Office needs solid procurement policies. I learned this the hard way after our office paid too much for a car service. You need to know what’s happening in your office. Don’t be too quick to delegate tasks that seem routine: you’re accountable for everything that happens on your watch. The more pitfalls you can avoid, the faster you can do the hard work of governing.

You’ll quickly discover the extraordinary organization of the public service. Teams of policy experts and writers have been preparing your briefing decks for months, and they’re ready to inject all that information into your brain.

When I became Minister of Health in 2015, I was handed four very large binders with an overview of the priority files of Health Canada, including one binder labeled “hot issues.” Every new minister will find their schedule filled with regular briefing sessions about the critical issues that you need to understand. I loved those sessions. It’s part of the privilege of the position—having some of the best policy brains of the country dump years of their own expertise and experience in front of you in an organized, comprehensible format.

Expect to do a massive amount of reading during your time in Cabinet. Get ready for some very early mornings as you read Memoranda to Cabinet (MCs). Each document can be over 100 pages. You’ll get 10 to 20 of these per week. You can’t read it all,  but make sure someone in your office does, and reports to you. Read the high-risk MCs in full. Pay attention to the spreadsheets within. They hold hidden messages including how the budgets get profiled over several years. They include other important details, like where new jobs will be created—most of which have a habit of appearing in the National Capital Region.

The most sensitive MCs don’t get handed out ahead of time for security reasons. For those you must show up in the cabinet room early in the morning, ahead of the meeting. Some of the most important decisions for the country are made based on sensitive documents. You have a grave responsibility to know the background for every legal or policy decision so you can ask intelligent questions and truly declare your mind and your opinion, as you swore you would do.

This appointment is one of the most significant leadership opportunities of your life. Every minister receives a mandate letter, but you breathe life into that document.

Use wise judgement to prioritize the tasks you’ve been assigned. As Minister of Health, everyone knew that I was obsessed with two things: the well-being of Indigenous peoples and the number of people dying from opioid overdoses. Let your team know what keeps you up at night.

A minister of the Crown has the tools, the obligation and the authority to get to the bottom of the biggest problems facing the country and the planet. With all the dignity and integrity that the position requires, don’t let anything get in the way of succeeding on behalf of Canadians.