What if Donald Trump told his personal story honestly?

Opinion: Tabatha Southey rewrites 'The Art of the Deal,' except a little more accurately—because after all, his childhood wasn’t all fun and creative accounting 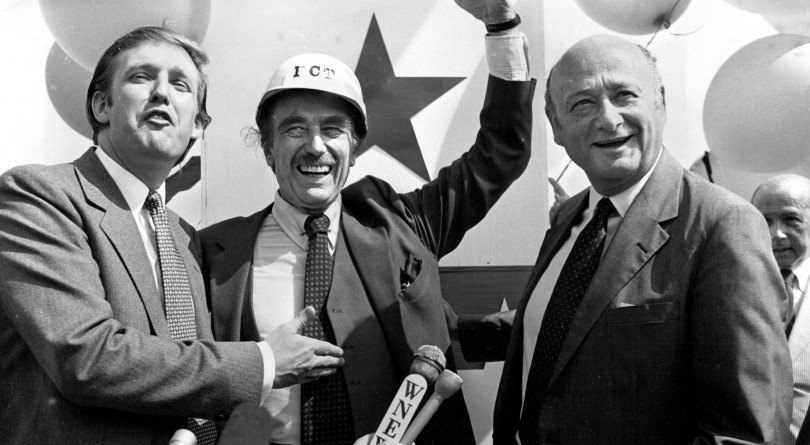 This week, the New York Times published an exhaustive investigative report into Donald Trump’s financial ties to his father. Using more than 100,000 pages of documents and interviews with a number of sources close to the events and circumvents, the Times’ team of reporters show that the Trump family embodies the motto “The family that cheats together, keeps together.” The Times has put the receipts together.

It appears that during the 1990s, the not-yet-45th President of the United States participated in a number of what the Times calls “dubious tax schemes,” some of which were “outright fraud.” Among other things, the story puts to bed-with-a-paid-off-adult-film-actress the myth that Trump is a financially savvy self-made billionaire who took a measly million from his pop and built an empire.

But the real story has yet to be ghostwritten. And so I give you: The Art of Being Born into a Family With a Hell of a Lot of Money and Very Few Scruples, by Donald “Sarcastic Air Quotes” Trump.

I started work on paper, in Brooklyn, at an early age. Not delivering paper, you understand, just on paper. By the time I was three, my name—totally disconnected from my physical person—was already slaving away in the family tax-evasion business. Day in and day out, my name worked as my father’s landlord, earning the equivalent of $200,000 annually in today’s U.S. dollars.

The hours were long, I guess, for whoever did the paperwork involved in claiming a toddler was heavily invested in real estate, but I never complained. The amazing human-shaped tax shelter known as “Donald John Trump” was a dedicated, hard-working young legal fiction, and by the age of eight, it was the equivalent of a millionaire.

Later, while other kids my age were doing the normal things that 17-year-olds do, I was doing the normal things that 17-year-olds who co-own a 52-unit apartment building do. It was only as a bright young university graduate that I was able to leave my paltry $200,000 allowance behind in order to rake in the equivalent of one million dollars per year, working as one of Fred Trump’s sons.

I was just like every other young man in America back then: full of dreams, and the heir to a massive real-estate empire his father built while inflating the cost of constructing taxpayer-subsidized housing to bilk the U.S. government out of millions of dollars. But still, my father was only mortal. As much as everyone in the Trump family wished otherwise, we would sometimes catch a glimpse of our old dad’s now-gaunt face in certain lights and be forced to reflect upon the fact one day, ol’ Fred Trump’s fortune would be subject to a 55-per-cent estate tax.

There comes a time in every child’s life when we realize that no matter how much we love our parents’ money—no matter how close we hold those great piles of cash—one day, the grim figure of the Internal Revenue Service will have his estate-tax due.

Well, not all his due—not if we and our morally flexible accountants could do anything about it.

We Trumps got up to all sorts of capers back them, hiding that proverbial swimming pool of gold from unsavoury sorts who might want to use it to serve the public good. We’d commission assessments that grossly undervalued Trump-owned properties. Our properties would magically come out worth one-half to one-fifth as much per square foot as much older less luxurious buildings in the same neighbourhood when Dad was transferring them to us to minimize gift taxes. Good times. Sometimes we’d just leave blank spaces on tax returns. We’d take millions of dollars in “consulting fees” for signing off on sales on his behalf.

It’s hard to recount all the ways we legally and illegally avoided paying our fair share back the country that helped make the family rich in the first place. But there’s one scheme that’s as clear in my mind as the day it was hatched.

I can still picture our old All County Building Supply & Maintenance today, which is odd because it never really existed. Dad would contract out all sorts of things to that sweet little shell corporation, and it’d dash off and subcontract right back to the same contractors dad had been working with for years. Then All County Building Supply & Maintenance would invoice Trump businesses for the costs plus a markup ranging from 20 to more than 50 per cent, passing the “profits” on to us young Trumps, safe from inheritance or gift taxes.

But I think what made All County so special was that it wasn’t just another tax-avoidance scheme. It was a real part of the Trump family, by which I mean it shared our love of finding ways to wring more money out of people living in our rent-controlled properties.

When dad came home from work, he could count on All County to bring him a grossly inflated building improvement or maintenance expenditure—a ridiculously expensive new boiler, for example, or whatever a landlord needed to justify greater rent increases than would otherwise have been permitted.

Some days, my ol’ dad and I would take a break from doing our best to illegally refuse to rent to Black people and bond over our shared love of stock manipulation—the old Trump pump-and-dump, we’d say! I’d leak that I was planning to invest in some company, then just sit back and watch as my entirely undeserved reputation as a financial genius led gullible people to buy that company’s stock. I’d drive up prices just in time for me or my father to sell and make bank on the backs of the kind of people who base their investing decisions on rumours about the future purchases of short-fingered celebrity vulgarians.

But it wasn’t all fun and creative accounting. We had tough times too. But I always knew if I massively overspent on tasteless renovations to the point my casino couldn’t make a bond payment, I could count on my father to have one of his bookkeepers come by, purchase USD$3.35-million worth of poker chips in that casino, then turn right ‘round and walk out the door. Say it with illegal unreported gifts.

And you know what they say: when the going gets tough, as it did for me 1989 to 1992, the tough’s dad uses the four entities created to support his kids to pay his favourite tough the equivalent of USD$8.3 million.

READ MORE: In the heart of America, Trump is the only politician they know

There were rough patches in our relationship. There comes a time in every ambitious young dealmaker’s life when he attempts a haphazard, indeed comedic opera-worthy stunt aimed at orchestrating eleventh-hour changes to his dying father’s will to strengthen his  position as sole executor of his estate. And boy, did my dad get mad! It was almost like he didn’t want to see his life’s work he’d fought and frauded so hard to keep in the family used as collateral for one of my failure-prone business ventures.

Dad sure showed me. In true Trump fashion, he avoided a direct confrontation and relied on my sister and a new set of estate lawyers to strip me of sole control of the estate and ensure his assets were protected from me and my creditors. That was a valuable lesson for me. I had forgotten the first rule of being a Trump: Never risk having to properly pay your debts.

Dad’s gone now, but his empire keeps that silver spoon safely in my mouth. Back in 2003, my casinos were inches from bankruptcy (again!) when my father stepped back up, from the grave, to save me for old times sake.once again. With creditors breathing down my neck, I went to my siblings and convinced them that  now was the time to seize the opportunity to hurriedly sell of our father’s empire for hundreds of millions of dollars less than it was worth.

I know it’s what the old man would have wanted.