Opinion: Madeline Price on how her gender-equity bake sale in Australia provoked conversation—but 'it is a lot harder to create social change' 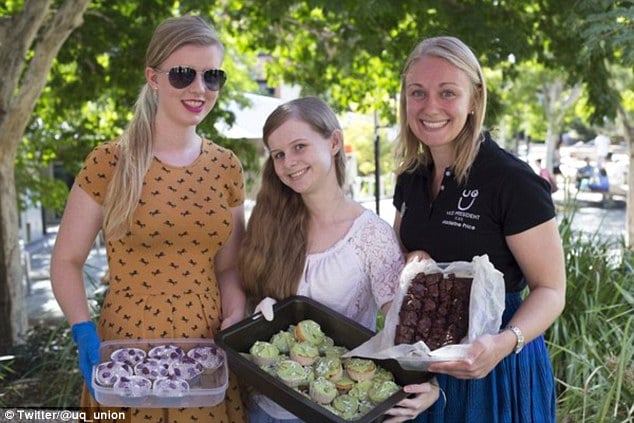 Madeline Price is the national director and founder of the One Woman Project.

If someone had told me that, two years after I hosted a simple bake sale aiming to educate students about pay disparity in Australia, people would still be talking about it, I would have told them not to be silly; no one cares about a bake sale.

I would also have been wrong.

When others reflect upon the 2016 bake sale that riled up the University of Queensland campus by charging men more for cookies and pastries, they may recall the media storm from as far afield as the U.K. and the U.S., or the ensuing mainstream discussions—from students to political leaders—bringing the conversation on employment inequality into our parliaments, our workplaces, and our classrooms. I, meanwhile, recall the worst week of my life: balancing studies for my last year of exams with midnight phone calls of heavy, wordless breathing, falling asleep on a Sunday night as a 22-year-old local activist and waking up Monday morning to death threats to my personal email and Facebook accounts, and constantly wondering how something so small and innocuous as a bake sale during a week of feminist-themed events could have turned my life upside-down.

But while the bake sale started a much-needed conversation about pay inequality, little has actually changed at an everyday level.

Pay disparity in Australia is still at the same rate as it was two decades ago, an average of 15.3 per cent, with our financial and insurances sector showing the largest disparity at 29.6 per cent. In consideration of like-for-like roles—where the industry, role and responsibilities are comparable, like senior managers within the advertising and marketing industry—the pay gap is 18.7 per cent.

However, the influence of gender coupled with an additional identity—such as race, class, age, LGBTIQA+ status, Indigeneity, or disability—demonstrates a starker picture of the gender pay gap and employment inequality in Australia.

As the age of women increases, the disparity between their pay and that of a man of equivalent age also increases, resulting in lower, long-term earnings and less superannuation upon retirement. Women with disabilities in Australia are less likely to be in paid employment than men with comparable disabilities, 51 per cent of women with a disability earn less than $200 per week, and only 16 per cent of women with a disability earn more than $400 per week. Indigenous women in Australia are less likely than non-Indigenous women, non-Indigenous men and Indigenous men to be employed, with Indigenous women aged over 55 having the lowest participation rates in the labour force.

Upon reflection, what this torpor shows is this: it is easy to create a stir, and to ignite the flame of misogyny within the souls of online trolls. It is a lot harder to create social change.

Social change not only requires a national—or international—conversation starter, it also requires a movement of people taking grassroots action in the social, educational and political sphere.

Following the bake sale, I was contacted by a number of organizations and local political leaders asking me to host “another bake sale” to draw attention to their issue of social justice, from same-sex marriage, to climate change, to reproductive rights. To all of these I said no: the conversation about pay inequality had been started with this bake sale and the focus should be turned towards making it a reality—through the political space (with the Workplace Gender Equality Agency raising the profile of companies with unequal employment practices), the educational space (with my organization, the One Woman Project, delivering in-school workshops on barriers to leadership and employment equality in Australia) and through the social space (with high-profile leaders revealing the disparities in their industry).

In 2017, we saw these conversation starters rise again: sexual assault and harassment globally was brought to light with the #MeToo social media movement; more women in positions of power were brought into the political space; violence against women has become a talking point for national leaders across the globe.

And these conversations are starting to turn into offline, grassroots action. The #TimesUp movement has established a fund for women survivors of sexual assault. An estimated 5 million people in 673 Women’s Marches from all seven continents rallied in 2017. There will be more than 400 Black women running for office in the United States in 2018, inspired—or perhaps infuriated—by the fact that a mere three per cent of Congress identifies as a Black woman, or that only seven per cent identifies as a woman of colour. And every day, organizations are working to create social change on a local, national and international scale.

The conversation has been started. Now is the time to empower, assist and support the activists on the ground to create tangible change.