Scott Payne: From Ed Stelmach to Rachel Notley, Alberta's premiers have attempted to address our over-reliance on oil and gas and the impact it has on the province's economic health only to find themselves rebuffed 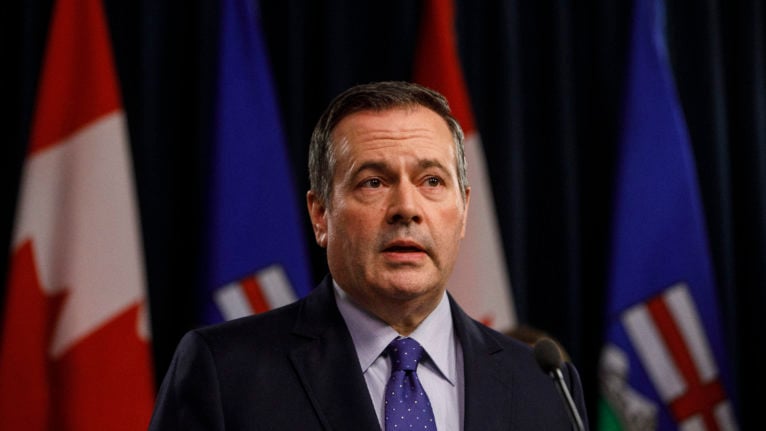 Scott Harold Payne is a political writer and organizer based in Calgary. From 2016 to 2019, he was the Southern Alberta director for the NDP caucus.

Hours after the announcement of what Jason Kenney touted as a “bold and ambitious plan,” to get the province’s economy back on track, rating agency Fitch downgraded Alberta from a AA to a AA- status. Pointing out that the province’s debt-to-GDP ratio was no longer consistent with an AA rating, the agency added, “the province has neither formally detailed the extent of its current fiscal challenges nor provided firm details on a path toward an eventual recovery.” Fitch’s concerns are hardly new.

For well over a decade, Alberta premiers have been warning us about the challenges facing our province. From Ed Stelmach to Rachel Notley, each leader has attempted to address our over-reliance on oil and gas and the impact it has on Alberta’s economic health only to find themselves rebuffed.

In Jason Kenney, Alberta voters may have finally found a premier willing to say all the right things. Steering away from dire predictions, Kenney premised his commanding victory on a return of the “Alberta Advantage.”

“In 27 days, a bright new day will dawn in this magnificent province,” extolled Kenney on the campaign trail. “We will send the message to the world that Alberta is open for business again,” he concluded.

Jason Kenney’s message may have been music to Albertan’s ears. But as Fitch noted, the tune has yet to bring jobs and the businesses Kenney promised marching back to Alberta.

Reflecting on his four-year term, Stelmach noted, “I put the foot down a few times. I had to apply some discipline. That wasn’t easy, but it had to be done.”

MORE: The ground is shifting beneath Alberta’s feet, and Kenney still wants to build walls

The first came in October 2007 when he unveiled tweaks to the province’s royalty formula that steepened the province’s share. Stelmach’s decision was met with significant prostration from Alberta’s energy industry. And while the 2008 financial slowdown forced Stelmach to reverse course on royalties, it also provided him with a new opportunity to showcase his trend-bucking character.

“You develop a long term plan, and you stick to it,” admonished Stelmach. That long-term plan included billions in infrastructure spending while the province weathered the financial storm. It was another move that was met with intense pushback, this time from Stelmach’s caucus. Ultimately that pushback fomented into a revolt, which brought an end to Stelmach’s leadership.

Replacing Stelmach, Alison Redford wasted no time charting her own path for the province. A month after her victory, Redford publicly conceded, “it’s clear Albertans are being hurt by the province’s image in the U.S. as the ‘Texas of the north.'” The concession came in response to the Obama administration’s decision to delay Keystone XL.

Redford said she wanted to tell “a much different story” that focused on being “very bold about what is going on with respect to our environmental policy in Alberta.” The shift marked a substantive change and was a unique strategy at the time and Redford went on to champion a national energy strategy. Seeking consensus that framed Alberta’s energy ambitions in a national context, Redford was explicit in acknowledging that “we all need to support each other on our infrastructure objectives, on our goals with respect to greenhouse gas reduction and our environmental stewardship issues.”

She not only acknowledged the environmental dynamics at play in moving an energy strategy forward but also recognized the need to bring opponents to the table. Addressing environmental groups, Redford offered an invitation to work together toward better outcomes.

However, there wasn’t much chance to have that conversation. In 2014, the same fate that beset her predecessor engulfed Redford.

Alberta’s next premier wasted even less time getting down to brass tacks with Albertans.

“I could terminate the employment of every single employee of the Government of Alberta, leaving aside health care,” remarked Jim Prentice in January of 2015, “and it would not fill a six- to seven-billion-dollar hole.”

Prentice was also explicit about Alberta’s over-reliance on the energy sector, noting that industry volatility made planning for the future impossible. And unlike previous premiers, Prentice welcomed discussion about a sales tax, though it was not his preferred choice.

But after introducing an unpopular budget and making his now famous, “look in the mirror” comment, Prentice quickly found himself bested on the hustings by Rachel Notley.

In many ways, Rachel Notley was a potent culmination of the three leaders who came before her. Like Stelmach, Notley resisted calls to cut her way out of a financial downturn and instead embarked on an ambitious program of investment. Also like Stelmach, Notley fulfilled a campaign promise to review the province’s royalty scheme. On the campaign trail, she had been critical of Alberta’s royalty system, claiming that, “The PCs have refused to implement realistic oil royalties that the people who own the resources—all of us—deserve.”

Once more like Stelmach, she reversed course on her original position concluding that while changes were necessary, the current formulation was fundamentally fair and that the middle of a recession was not the time for a “money grab”.

Similarly to Redford, Notley understood the importance of framing Alberta’s energy projects within a national context. The premier spent the better part of a year crisscrossing the country having difficult conversations about why the Trans Mountain project was of national interest. She also saw the importance of tying environmental issues into energy discussions.

But it was perhaps Jim Prentice’s warnings that Notley most vigorously addressed—she was an ardent advocate for diversifying Alberta’s economy. The Notley government reduced the small business tax rate by a third, created the Alberta Investor Tax Credit to promote further business development in the province, invested heavily in renewable resources, Alberta’s tech sector, and growing the province’s film and tourism industries.

But as we’ve seen, Alberta politics is a tricky needle to thread. By 2019, a reunited Conservative Party led by Jason Kenney brought Notley’s premiership to an end.

If he fails to revive the economy, will Kenney suffer a similar fate? Time will tell.

One thing that’s clear, Albertans can scarcely call the economic challenges besetting our province a surprise. Premier after premier has tried talking to Albertans about solutions to the issues we face.

The question is: When will we be ready to listen?