What Stephen Hawking taught us about the importance of uncertainty

Opinion: At a time when assumptions and fake news have become too common, it’s crucial that scientists communicate the field's wonder and doubt 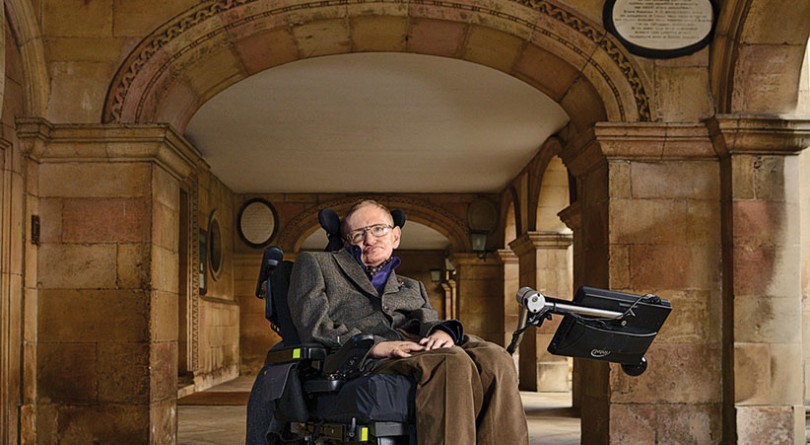 Stephen Hawking, who passed away last month at the age of 76, is remembered both as a brilliant physicist and a cultural icon who inspired us all with his insights into the mysteries of the universe. Despite the complexity of theoretical physics and cosmology, Hawking never sacrificed nuance or oversimplified the science; Hawking lived by and articulated the scientific method.

Hawking’s famous research on black holes, for instance, relied on the tried and true scientific method. He created a hypothesis about the effects surrounding black holes, but his calculations revealed something unexpected: quantum effects and explosions. So, he presented a new theory that came to be known as Hawking radiation. When confronted with conflicting research, he embraced criticism and shifted his own ideas. Research and debate in this area continues to this day.

For a process so fundamental to our way of knowing almost anything, it is surprising that the scientific method, and the results it produces, are facing an unprecedented crisis of confidence. Much of the public’s skepticism is fuelled by interested parties who intentionally sow confusion for selfish or malicious reasons. But some of it is caused by a misunderstanding of how science works, and about how scientists come to scientific consensus.

One reason for this is the way that scientific disagreement is presented to the general public. To understand this better, it is important to know that at the heart of science is uncertainty. This is why Hawking’s voice was so important: he articulated both the wonder and the doubt inherent in the science of the universe. And some of his greatest advances began with a disagreement.

The goal of science is discovery. All scientific discoveries are arrived at via the time-tested cycle of the scientific method. This cycle is necessarily rife with disagreement, reinterpretation of data, design of new experiments, and so on. The method is naturally incremental such that a discovery may take many years and rely on hundreds or thousands of scientific reports. The incremental and cumulative nature of the scientific method allows scientists to be more certain about their results and discourages jumping to hasty conclusions. This means that a radical new idea must be better at explaining all observations, not just the newest one, in order to be considered or accepted as a viable alternative.

But high-profile “sound bite” science ends up ignoring most of the history that delivers today’s modern marvels. When appropriate context and nuance is missing, you only hear that “drinking one glass of wine a day is good for you” (or bad for you, depending on the news cycle). Unfortunately, important subtleties of many of today’s scientific discoveries fall prey to sensational headlines and tweets. Spreading new interpretations of data without accounting for the complexity and scientific history of an issue can lead to unqualified people making false statements. When incorrectly presented as “scientific,” such statements can have dire consequences; take, for instance, the rise in measles cases, prompted by the perception that vaccines are dangerous. Compounding these issues are the emergence of deliberately misleading “alternative facts,” which fly in the face of the tried and true scientific method, further eroding public confidence in science.

This is why the communication of science—in all its complexity, nuance and doubt—is so important today. The problem here is that uncertainty doesn’t usually make headlines. “Sound bite” science jumps straight to the conclusion, ignoring the uncertainties inherent to any research. Language associated with uncertainty, particularly on an issue that does not match our perspective, is instinctively viewed as weak. This typically leads to instantaneous rejection of an idea. The scientific enterprise is forever caught between its essential uncertainty and the perception of that uncertainty as a source of weakness. What can be done?

Uncertainty should be embraced and discussed. In the scientific community, uncertainty has its own definition, but here we are most concerned with how it’s understood broadly by society. As Hawking taught, we should all nurture our inner scientist, the child-like zeal to constantly ask “why?” Simply asking “why” embodies skepticism and the need for uncertainty and should embolden the knowledge seeker. But let’s get this clear: Skepticism that does not take into account the history of scientific evidence is not the kind of skepticism we’re advocating for. Bold knowledge seekers will find an answer only by considering their own observations together with mountains of prior evidence.

To encourage this critical thinking, we need to work together to get scientific messaging right, and to assertively rein in unsupported speculation. Moreover, we should focus on telling the story of a scientific discovery, rather than just the end of the journey. The pathway to discovery is as important, and often more entertaining, than the discovery itself. For Hawking, that included a bet with Neil Turok on gravitational waves which, win or lose, helped spur ongoing discussions that sparked more theories to help understand the Big Bang. By telling the scientific tale in a transparent and non-sensationalized way and appreciating all the steps that go into a new result, it will help everyone have faith in the finding.

No scientific results should be believed without many independent observations, under many conditions, and through replication and consensus of interpretation. In this framework it is absurd to think that every observation or interpretation would be identical. Rather than undermine science, reasoned arguments and justified uncertainty improve the quality of a conclusion, acting as a call to action for further proof and better theories. Scientists are trained to disagree with each other, to poke holes in theories, and to examine results from all angles. That’s what makes it such a big deal when a large number of experts do come to a consensus. In these cases, the scientific method has produced a mountain of evidence, built toward one conclusion that is nearly irrefutable.

Now more than ever, there are useful and essential takeaways from the scientific enterprise. Scientific consensus remains the best option for making actionable, evidence-based decisions. More broadly, science is our portal to marvels such as the “quantum internet,” a vastly more secure way to transmit encrypted information, the return of sensation to amputees via advanced prosthetics and neural interfaces, and meeting our energy demands by harnessing sunlight. However, these wonders will only be realized if uncertainty is viewed as an essential strength of discovery. Our understanding of what constitutes the truth, of knowing the world around us, increases only through the uncertain and iterative scientific process. That is why it’s so important for policymakers and individuals to pay attention when a scientific consensus is reached.

“There is no prescribed route to follow to arrive at a new idea. You have to make the intuitive leap,” Hawking once told the New York Times Magazine. “But the difference is that once you’ve made the intuitive leap you have to justify it by filling in the intermediate steps. In my case, it often happens that I have an idea, but then I try to fill in the intermediate steps and find that they don’t work, so I have to give it up.”

We should trust science. After all, it’s not a leap of faith: It’s a series of steps to the best understanding we have of our world.