What the ceasefire in Syria really means

The Syrian ceasefire, brokered by the U.S., Russia and Jordan, reveals the shifting positions of the countries involved in the conflict 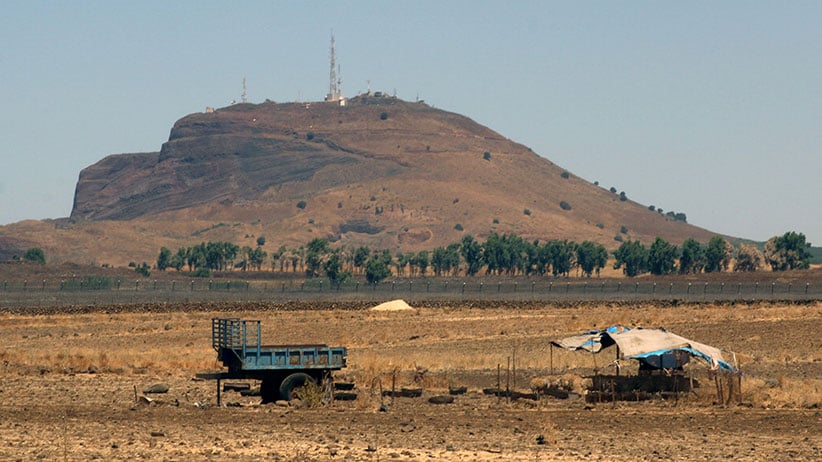 A herd of sheep is seen near the border between Syria and the Israeli-occupied Golan Heights in Quneitra, Syria July 10, 2017. (Alaa al-Faqir/Reuters)

There is, at least for now, a measure of temporary calm in southwest Syria. The recent negotiated ceasefire, brokered by the U.S. and Russia, has been in effect since July 9, and it represents an important point in the evolution of the Syrian conflict. It does not mean that we are headed for a negotiated peace soon, but it can be used as a barometer of how all the interested parties—Russia, the United States, Iran, Jordan, Turkey, Israel, and of course Syria itself—are doing in this seven-year conflict that feels like it has no end in sight. To a large extent, the stalled Astana talks for peace in Syria between Iran, Turkey, and Russia have been tied to the success of the superpower-brokered agreement to implement this ceasefire in three southern provinces of Syria—Deraa, Sweida, and Quneitra. According to most recent reports from the Syrian Observatory for Human Rights, the ceasefire is being respected for now.

Despite the failures of the four ceasefires that came before it, this one has a better chance of success. The area is, however, not devoid of armed combat. The city of Deraa has often been called the birthplace of the Syrian rebellion, and it has seen active combat throughout 2017 between regime and opposition military units; the Assad regime had to send reinforcements to Deraa earlier this year to help repel a rebel offensive, which nevertheless achieved some limited success. The armed Syrian opposition also occupies some of the territory in Quneitra. ISIS, however, is nowhere in sight in the region under the ceasefire’s purview, and the province of Sweida is home to the Druze, a small religious minority that has not chosen sides in the conflict, allowing its territory to remain fairly untouched by the war. Compared to other more war-torn parts of Syria, this area would be one of the easier places to conduct a successful ceasefire.

The Russians have characterized the ceasefire as a diplomatic triumph, as if trying to present the United States as a “Johnny-come-lately” to what was really a Russian initiative. However, this narrative fails to bring us closer to the events on the ground, which reveal significant shifts in the Syrian conflict—particularly in how the United States has evolved from a minor player to a major one in the conflict. 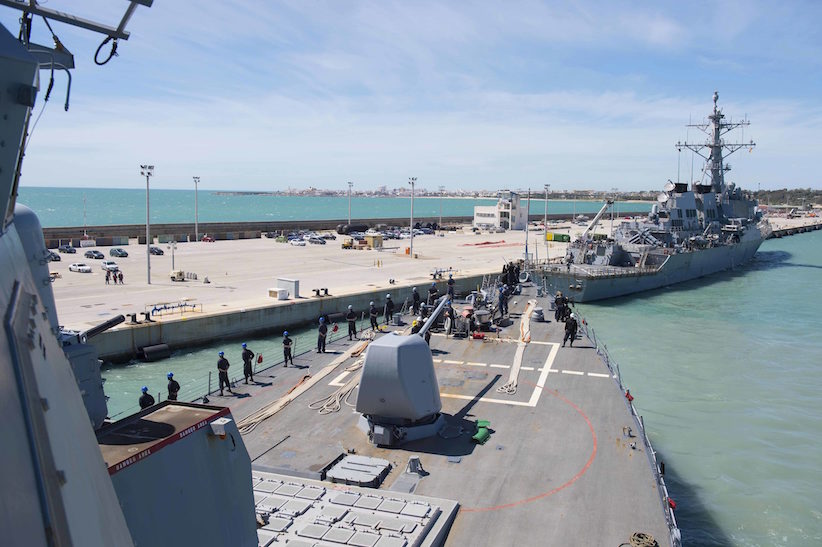 The ceasefire agreement shows that the Obama administration’s failed Syria policy of “leading from behind” is a thing of the past. More American military personnel, arms and equipment have now been complemented by a show of power in Syria. In April, with a strike on the Shayrat airbase in response to reports of chemical warfare by Assad’s forces, the U.S. has shown itself ready to use force to back up the formerly espoused U.S. policy against the use of chemical weapons by Assad’s government, and willing to take the offensive against ISIS in Raqqa with their Kurdish allies. And the ceasefire now provides space for American diplomacy to move in, which could be bad news for Russia and Iran. Whatever might be said about the accumulation of mistakes made by Donald Trump’s administration at home and abroad, Syria is beginning to look like a rare strategic success for the United States.

MORE: Why America’s strikes on Syria are a good thing—and hardly enough

The ceasefire’s placement in southern Syria is also suggestive of the growth of America’s intervention in the country—and a blow to Russia’s ally, Iran. Israel and Jordan, close U.S. regional allies, have voiced strong concerns regarding the presence of Iranian fighters like Hezbollah operating on behalf of the Bashar al-Assad regime near their borders with Syria in the south. Moreover, when Israeli Prime Minister Benjamin Netanyahu observed the formation of a diplomatic Syrian peace front composed of Turkey, Iran and Russia in the summer of 2016, he expressed his concern over the Iranian presence in Syria during his trip to Russia in March. The ceasefire—which would seek to neutralize Hezbollah military forces along the Israeli and Jordanian borders—is thus meant to blunt the presence of Iran. On top of that, Russia now has to reckon with a rising American presence, too. It all sounds more like an American victory than an America lamely following Russia’s lead in Syria.

Indeed, Russia appears to be slowly learning that the backing of their Iranian allies is a poisoned letter, as other regional actors begin to reject the presence of Shia Hezbollah forces in Syria. This is not good news for Assad, who depends on these and other paramilitary forces to shore up his top-heavy Alawite army and air force. Believing that somehow Turkey would provide cover in exchange for obtaining the defeat of the Syrian opposition was a key Russian miscalculation; Turkey played the Russians masterfully, and got what they wanted. The incompatibility of Russian and Turkish interests in the region has a long history, and Syria is just another example of it.

The ceasefire agreement also represents a check on the Russian presence in Syria despite brave assertions to the contrary by Russian President Vladimir Putin. Since 2015, Russia has virtually occupied the Syrian stage, both militarily and diplomatically. Now they are being outflanked by the Turks, who were given a free hand in northern Syria by the Russians, and the Americans, who have quietly built up their material presence. Their renewed diplomatic presence cannot be viewed lightly by either Tehran or Moscow.

MORE: How an army of Kurds are beating back ISIS

As for the Kurds, all is well—for the moment. Their fighters are being trained and equipped by American advisers, and the war against ISIS is going well both in Syria and Iraq. But while YPG Kurdish fighters are liberating places like Raqqa, it remains to be seen if they can convert these military victories into political gains. After all, Raqqa is not a Kurdish city; it is an Arab city. As such, its political administration in the post-ISIS period cannot be organized by the Kurds. Meanwhile, Turkey is using all its diplomatic resources to convince the U.S. to stop arming the Kurdish military wing, whose brothers and sisters under the PKK continue to fight a costly war against the Turkish state.

In the entire region, there is no nation championing the Kurdish cause and calling for the establishment of a Kurdish state. The Kurds themselves, not of one mind on the Syrian conflict, are hopelessly divided along generational, ideological and tribal lines. The multiplicity of Kurdish political parties is a reflection of all of the above.

But after their defeat in Aleppo, many observers believed that the Syrian opposition was almost dead. The view was that once Assad had eliminated the northern enclave of Idlib, the job would be done. Then, the jubilant and overconfident Assad made the error of orchestrating a chemical weapons attack on opposition strongholds in early 2017, prompting almost unconditional condemnation from the international community. Russian and Iranian excuses that the Syrian opposition was responsible rang false, and the U.S. intervened with a military strike. The sands were beginning to shift. As for the Turks, they were unwilling to see their Sunni allies eliminated and their territorial enclave in Syria overrun.

To borrow from Mark Twain, the news of the death of the Syrian opposition has been greatly exaggerated. They remain a resilient and motivated force which, as part of the ceasefire, will gain confidence and encouragement from this diplomatic blow directed against Iran and its military presence in Syria.

Whether or not the new ceasefire holds is, in one sense, immaterial. The fact that it was negotiated by the U.S. and Russia, though, is an important bilateral exploit: It is a blow to the Iranian presence in Syria, a blow to Russia, and a warning to Bashar al-Assad’s regime that the American card is now fully in play.

Some in the Kremlin must be asking themselves whether inviting the Americans to negotiate a ceasefire did nothing more than present a golden opportunity for their hemispheric nemesis. On the other hand, given the continuing stalemate in the Astana peace talks thanks, in part, to Turkish blocking, perhaps playing the American card was the only way forward.