What the first ads say about the election campaign

Dennis Matthews: The ad war can win or lose an election. We now have a good sense of where the attack lines are being drawn by the Liberals and Tories. 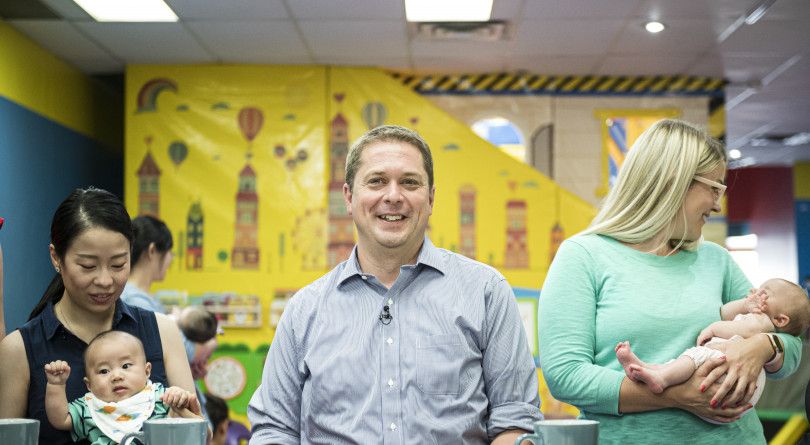 Dennis Matthews is a conservative strategist and commentator who is a vice president at the national communications firm Enterprise Canada. He served as an advertising and marketing advisor to former prime minister Stephen Harper.

The first ads of the election campaign didn’t just reveal flashy campaign slogans, they’ve set the stage for a contest where the ad war will yet again be the difference maker for the winning team.

This week, we learned some of the slogans. “Choose Forward” for the Liberals and “It’s time for you to get ahead” from the Conservatives. That we don’t know Jagmeet Singh’s is likely equally telling. You can learn a lot from a campaign slogan. They’re the ultimate distillation of the modern campaign for a tl;dr (too long, didn’t read) world. They boil down every event, speech, social media post and ad into just a few words that are then slapped on everything from the side of an airplane to a podium.

The best slogans tee up what campaign insiders call the “ballot question”. By that, they mean it’s what they want voters to be asking themselves as they cast their ballot. And if they’re asking the question you want them to, chances are they’re voting for you. That’s why you’re going to be mighty sick of “Choose Forward” and “It’s time for you to get ahead.” Mighty sick, indeed.

So what do they tell us about the Conservative and Liberal campaigns? First, they’re going to be very different but they will share one important thing in common. Attacking each other is a key piece of the puzzle for them both.

The Tories have gone all-in on a cost of living and affordability message. It’s not about grandiose promises or a sweeping vision for the future. It’s about putting money into your pocket right now, and responding to a top concern for many voters that they’re just not getting ahead. A recent Abacus Data poll found 56 per cent of Canadians say that’s one of their top issues.

READ MORE: If I’m listening to Justin Trudeau it means others are too

The Liberals are more vague, but their slogan acknowledges that elections are often referendums on the future. Voters rarely reward past performance. Instead, they look forward to what’s next. If you wonder whether a record matters, consider that months after leading Britain to victory over Nazi Germany in the Second World War, Winston Churchill was sent packing.

But back to what they both share: a not-so-subtle attack message. Implicit in the Conservative slogan is that while you might not have gotten ahead, others have. The insiders at SNC Lavalin or Justin Trudeau taking vacations on a billionaire’s private island.

The Liberals, conversely, make a not-so-subtle jab at going back to the Harper years. And after having broken his promise on changing the electoral system, Trudeau’s banking that progressive voters will fall in line simply to prevent a re-run of the decade that was. As for the NDP, their invisible slogan only makes that easier.

So what’s going to be different this time? First and foremost, how they are advertised will change even from just four years ago. This is important because advertising is usually the largest single expenditure of an election campaign, about half of the budget. Or about $12 million.

And thanks to the sweeping change in a media industry disrupted — and in some cases destroyed — by social media giants, more and more of that $12 million will go to digital advertising, which matters more than ever. In the 2011 election, it played only a role. In 2015, it made a difference. Now, it’s the biggest playing field. Not to mention the new frontier of paid text messaging this cycle. Hi, Sarah!

What this means is in place of a few dozen radio and television ads, voters will be bombarded by hundreds—maybe thousands—of ads. Most, with micro targeted messages customized and tweaked for every imaginable demographic and geographic consideration.

And if you live in the suburbs, look out. Especially if you’re a mom. You’re going to be very popular. If there’s going to be a ground zero for this campaign, it will be the mom of three in Whitby, Ont., or White Rock, B.C.

Which argument will win? Time will tell on that front. Will the Greens finally make a breakthrough they’ve threatened to so many times before? Too early to say. What we do know is that in a close election, ads can make all the difference.

But only if they cut through the clutter, which is why it’s important to remember that creative truly is king. Watch someone scrolling through their phone one day. That’s how long an ad has to make an impression. So expect them to be loud and in-your-face because ads only work if the slogan sticks with voters.