What's missing in the debate over Ontario's minimum wage

Opinion: Political debates are fundamentally about how we want to live together—and if we ignore the human element, we threaten our democracy 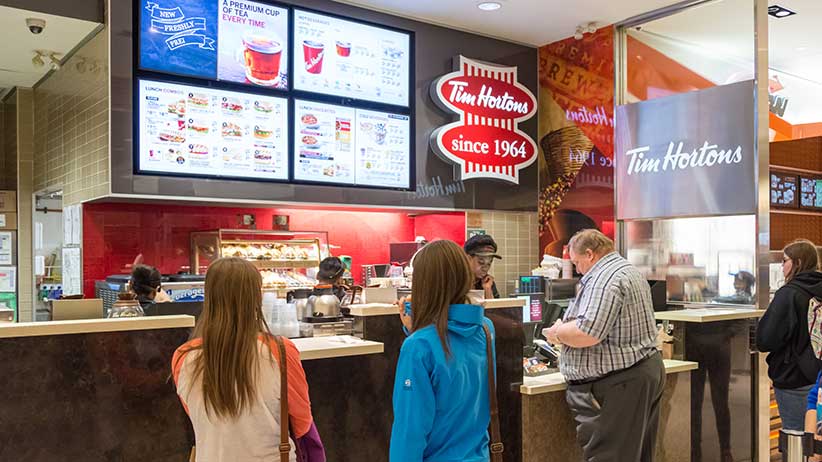 This month, the government of Ontario raised the minimum wage to $14 an hour, up from $11.60. Wages will rise again, to $15, in January 2019. The Liberal government announced the changes months ago and immediately provoked a debate over how much workers should be paid, how much businesses can afford to pay them, and whether the policy itself was effective at redistributing income or, at least, helping vulnerable workers make ends meet. This week, the debate was given a couple of faces and names when the owners of two Tim Hortons coffee shops in Cobourg sent their employees a letter informing them that they would be passing along the increased operating costs. Paid breaks were done for. Employees were now required to pay half of the cost of their medical and health benefits.

The move by Ron Joyce Jr. and Jeri Horton-Joyce, the owners, became a flashpoint. Two restaurants do not a revolution-in-waiting make, nor are they necessarily a harbinger of what is to come from other business. But there was symbolism at work: This was two wealthy bosses sending a cold, semi-apologetic letter to their minimum wage employees, informing them of an effective pay cut—from their winter home in Florida. It had a rather “Let them eat Timbits” air to it. More to the point, the letter brought the debate’s human element—and thus its political element—into plain sight.

That was appropriate. The minimum wage debate is first and foremost about human beings. It is a debate about what we owe one another, what we expect from one another, what we value about one another and how much we value it, and what we are okay taking from and doing to one another. These questions comprise the moral or ethical bit of what is sometimes imagined as merely a technical debate about which levers to pull or buttons to push to make the free market work—cold conversations about the economy, just the facts. But debates about economic policy are political debates. They are bound up in social relations, which is to say, relations of power and authority.

MORE: In a fight over minimum wage at Tim’s, the worker loses

The late Marxist historian Ellen Meiksins Wood reminds us that at some point in our history we separated the “economic” and “political” spheres from one another. We granted the former, as capitalism, special status as untouchable received wisdom—and then we forgot that we’d done so. It all became rather obvious to us that this was the ways things were and the way things should be. But the economic sphere is political, not just technical, or worse, an extension of natural philosophy.

We cannot and should not try to separate economic expertise—theories, models, evidence, facts, and figures—from the debate about the minimum wage. But in a democracy in which we have scarce resources to divide and in which we disagree about who the experts are, what the theories, models, evidence, facts, and figures imply, and what we ought to do, there is no right, wrong, good, bad, accurate, inaccurate, or anything before the political process by which we decide what we agree on and how we want to live together. As my former doctoral supervisor, Mark E. Warren, would put it: “science has no pre-political authority.” No matter what the external status of facts and trust—what experts say, what data suggests—political discussion and debate are how we establish our shared reality.

So, public debates, to begin, include two important sorts of considerations. First, there’s values, morality, and ethics, which we must consider when deciding on public policy if we want outcomes to reflect our preferences. And second, there’s expertise or technical knowledge, which we must consider if we want to produce effective policy that achieves the things we want. But each of those considerations takes place in the real world of politics.

There’s a third bit of public policy debate we must keep in mind: politics. Sometimes, political reality places constraints on what is possible despite what the “best” policy may be. Perhaps a guaranteed income is a better way to redistribute wealth than a minimum wage increase. But what if we can’t get a guaranteed income? Limits to political capital, public appetite for that sort of change, and other issues can make the “second-best” policy the right choice in some cases. In fact, this happens all the time; indeed, often, we’d be lucky to get second-best.

Economies exist to serve people. The people we talk about when discussing the minimum wage aren’t mere abstract units of analysis. They have agency, they have dignity, they have a right to self-govern. On top of that, the market system we live in is neither natural nor the perfect and spontaneous effect of “the invisible hand.” The market is a space of power, not some abstract, neutral platform, and sometimes what we as a people want or need comes into conflict with the economic orthodoxy that assumes otherwise. When it does, we have a right to decide to re-evaluate our priorities, challenge the experts and the data, and proceed to get the best policy possible.

Not all values are or should be established and measured through a single lens. When we forget that—when we treat debates as merely abstract or technical problems to solve rather than as moral or ethical challenges to manage in the real world of politics—we undermine our democratic authority as a people. When we do that, we further cede our collective right to self-govern to technocrats and organized interests.

Our debate over how little a business can pay a worker is a debate about how we want to live together. It includes questions about what our values are, how we should organize our economy, how we expect markets will respond to changes, and how the political realities on the ground enable or constrain action. If we forget that there are layers to this debate, we risk forgetting one of the central purposes of democracy: protecting the dignity and equality of each citizen by letting the people decide how they wish to live together, whatever form that might take, based on whichever considerations they decide matter most to them.