End-of-year columns are supposed to be an easy gift. And this year, that's been taken away from our writer, Tabatha Southey. Is nothing sacred? 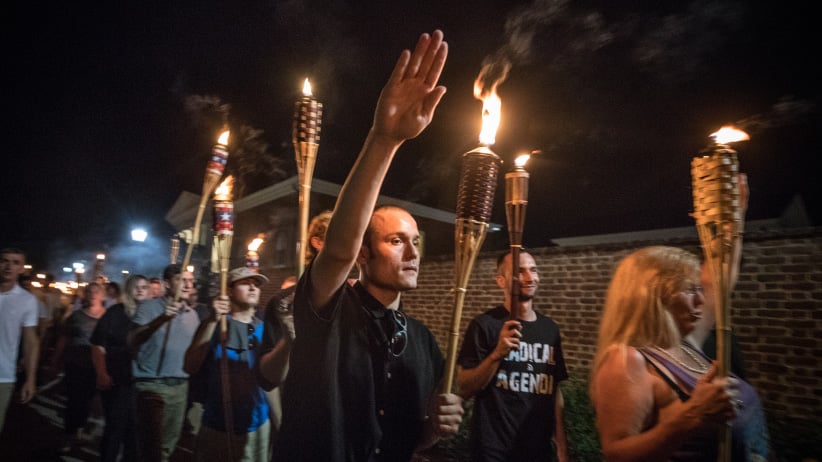 Columnists owe a lot to the Gregorian calendar, which places New Year’s Eve on Dec. 31, the seventh day of the Christmas season. It’s a busy and exhausting time. In many countries, New Year’s Eve is a holiday traditionally celebrated with fireworks, festivities, and phoning it in.

Okay, that last one is just for columnists.

Columnists live for New Year’s. Once every 365 days, that beautiful four-digit number we call “the current year” increases by one, and this simple act of incrementation gives us license to dedicate a column to some of the things we’d already written about in the previous 365 days. Then we muse about what we expected to write about in the next 365 days. Then we go for drinks.

It’s as if, once a year, Santa came and filled our word counts. It was practically a paid vacation. The New Year column was the closest we, in this unglamourous profession, ever got to putting out a greatest hits album.

“2018 will be the year of…” I’d have begun, while calling out, “Set ‘em up bartender!” Because once, that column would have written itself. Not long ago, I could have gotten away with somewhat dramatically announcing that a trend I don’t like is over: “Goodbye, Nutella-as-a-grown-up-food. I’ll find you in the spreads aisle, shelved lowly, if I want you—and understand, I don’t want you,” I would have written.

Then I would have predicted that this year something will be the “New Nutella.” I would have announced that henceforth, if people want to wreck a perfectly good flakey pastry by dolloping a children’s food of European origin into its welcoming and buttery centre, they’ll use Yop.

“2018 will be the year of the Yoproissant,” I’d have banged out before walking you all back though some “pivotal but overlooked moment” in the past year that was in fact a column I started back in September that I never finished. Done!

READ: Can goat meat hoof its way to the culinary forefront?

Unfortunately, 2017 is not really a year anyone really wants to look back on. Oh, sure, story-wise, we had our monthly new superfoods, our quarterly stories about how new technology is going to save and/or kill us all, our apparently daily features asking, “Have we become addicted to A Thing You Almost Certainly Cannot Become Addicted To?” But mixed in with these old favourites were some truly unpleasant surprises.

Sure, I could take you back through the summer of “swastikas are out, say hello to the tiki torch. Just kidding! These guys have swastikas too!”

We could revisit the hot new Russian intelligence operation that’s all the rage with leaders of the free world and do a “Where are they now?” feature. But—spoiler alert!—it looks like they’re mostly in the White House.

This was the year we learned that Gamergate actually amounted to something. Unfortunately, that “something” appears to be fascism, and that doesn’t make for feel-good holiday reading.

READ: Charlottesville and the politics of fear

It’s difficult to mine 2017 for nostalgia, and this past year has also done irreparable damage to the outlandish-speculation industry as well. End-of-year speculation has always been a balancing act, after all: A columnist must be wild enough to catch people’s attention, but not so “out there” that readers can’t nod sagely along. A news-seer had to be Nostradamusly vague enough that you’re unlikely to be proven totally wrong.

Pro tip: “beasts” take a lot of forms and it’s always “the east” somewhere, but 2017 was a year that saw us debating topics long considered settled, from “Slavery was bad” to “Nazis are not good neighbours” and “credibly alleged paedophiles shouldn’t be elected to high office.” It now feels as if nothing is too strange or too horrible to predict, and you might imagine this would be freeing for a writer, but as every arthouse filmmaker knows, great art (and, as it turns out, listicles) spring from overcoming limitations.

The truth of the matter is that, this New Year’s, we are all George Lucas writing the Star Wars prequels: anything is possible, nothing is credible, and no one’s sure there’s much point in going on. But that having been said, I’ve got a party to get to, and so I present you with my predictions for what will be the the top five news stories of 2018:

1. Is being a literal swarm of fire ants a disqualification for political life anymore? The Washington Post finds out, just as soon as voters stop screaming and rolling around on the ground trying to crush the Republican senate candidate currently crawling up their nostrils.

2. The New York Times will report that syphilis has learned how to wear a polo shirt, and consequently sensible, moderate pundits are convinced that if university students would only be more welcoming to racist speakers visiting their campuses, Treponema pallidum would not feel pushed into infecting people’s spinal columns. Also, see part four of a 12-part series of interviews in the heart of Verruca plantaris country, “Are warts really caused by the human papilloma virus, or is your skin just economically anxious?”

4. The moon will be found to be,  in fact, made of cheese. Also, it supports Brexit and cannot be convinced that the United Kingdom pulling out of the EU won’t free up the billions of pounds necessary to wrap it in a giant cheesecloth. Stupid tasty satellite.

5. President Donald Trump will shock the world by appointing a sentient cloud of CO2 to replace Scott Pruitt as head of the Environmental Protections Agency. The President had initially planned to appoint Mr. Carbon Di Oxide’s cousin, Mr. Carbon Mon Oxide, but the latter was forced to withdraw from consideration when a Wall Street Journal report uncovered that not only had he smothered a number of interns in their sleep, he also kept setting off those little  detectors in the hallway, and those things are loud. At a press conference, Carbon Mon Oxide told reporters, “While I regret not having the opportunity to asphyxiate this great nation personally, I am confident my cousin will do just as good a job destroying the human race as I would have done, if on a slightly longer time period. I’m afraid there’s no time for questions, however; some family in Omaha has a faulty furnace and I’ve gotta get over there.”