Low delinquency rates are not an indicator of financial health among households or the economy. Quite the opposite, writes insolvency expert Scott Terrio. 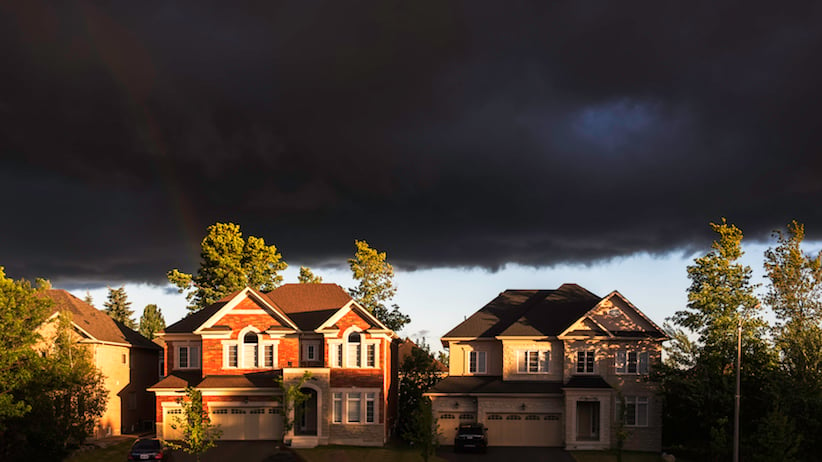 When the Canada Mortgage and Housing Corporation announced earlier this week that mortgage delinquency rates had fallen to the lowest level in decades during the fourth quarter, there was a rash of stories patting Canadians on the back for their financial prudence. If you listened to the experts and commentators, you would certainly think that Canadians are the sound personal fiscal managers the world thinks we are.

But do these numbers really support that belief?

This question rankles many of us in the trenches of the debt business. Licensed insolvency trustees regularly see people who manage to meet their mortgage payments for months, even years, while the rest of their fiscal house falls down around them.

Before going any further, let me state I understand that our typical client may not reflect the average Canadian households. But as I wrote in Maclean’s in April, we were seeing a significant increase in the number of people coming into our offices who ought to be doing a lot better financially. By that, I mean people with two good jobs, who are often educated professionals, who earn significant household income—and yet are filing insolvencies.

So just how are mortgage delinquency rates so incredibly low at a time when household debt levels relative to incomes have never been higher?

It comes down to national psyche. Canadians are renowned for never missing a mortgage payment. Perhaps it’s ingrained in our northern DNA. We’ll do almost anything to ensure we stay current on mortgage payments. We see people use credit cards, lines of credit, even HELOCs to do so. In one case, a client cashed out an RRSP just to make a single mortgage payment.

In other words, the mortgage is the very last thing to slip when people’s finances get tight. Homeowners who come into our office are often behind on paying almost every unsecured credit bill they owe, as well as car loans or leases, yet their mortgage is as current as possible.

And in times of cheap, easy money and rapidly rising house prices (equity), you’d expect this to be even more true. We’ve been in those times now for years.

The CMHC data is at least seven months old. The housing market was still rising rapidly then. Such a liquid market, in which buyers were comfortably in the driver’s seat—with bidding wars the norm and house inspections regularly waived all in the name of FOMO (fear of missing out)—meant there was very little possibility of anyone with any sense allowing their home to go into default. If it did, they could always just sell at any time.

The problem arises when house prices stop rising and creating new equity against which stretched homeowners can borrow. People who are tight for cash rob Peter to pay Paul. And shifting debt from one lender to another has just been far too easy to do lately. Even a slowdown in house price appreciation, let alone a correction, would bring an end to that.

READ MORE: Why every housing bubble looks like the new normal

In this way, low delinquency rates are in no way an indicator of financial health among households and the economy. Indeed, the delinquency rate on mortgages in the U.S. reached its lowest level in decades in 2005, precisely when the U.S. housing bubble was at its frothiest and money was easy to borrow. Likewise, mortgage arrears in Ontario just reached their lowest level since 1990, the year Toronto’s last housing bubble popped. In that real estate crash, prices fell close to 40 per cent and took until 2010 to fully recover, after adjusting for inflation.

All it usually takes to initiate a household financial problem is an unexpected event or trigger of some kind.  To understand how quickly a person’s financial situation can spiral out of control, even while staying in the mortgage lender’s good books, put yourself in this real-life situation of one of our clients.

For starters, you’re spending more than you earn per month—an extra vacation here, a vehicle payment there—and just making ends meet by paying only the bare minimum each month (a total of about $1,000 per month in minimum payments) on your unsecured debt.

Then, your dog gets very sick. An exam reveals an operable tumour. You, of course, tell them to go ahead. The total vet bill runs to about $2,200.

You have no savings. Two of your credit cards are almost maxed out, as is your joint line of credit, but another credit card has a balance of zero. Your mortgage payment is due in two days.

Master Card to the rescue.

READ MORE: These are the most common myths about bankruptcy in Canada

You are already struggling. Then your car needs a new catalytic convertor ($1,200). The car repair is paid for in cash, but that cash was meant for the minimum payment on the cards and line of credit. The mortgage gets paid on time. But you missed a payment on two cards as a result. Those cards both jump from 18.5 per cent interest to 26 per cent for the next six months as a result. Now you’re in trouble.

In this situation, the surprise vet bill pushed the already burdened client over the edge. Their credit lifelines exhausted, they were finally unable to make their monthly mortgage payments, and within three months became delinquent. (In the end the homeowners filed a consumer proposal that gave them the time to remedy their mortgage deficiency and they were able to keep the house.)

The point is, this type of scenario is far more common than people realize, and certainly far more common than the present record-low delinquency rate indicates. So don’t be fooled by anyone who tries to claim Canadians are having no trouble making their mortgage payments. At some point, the low delinquency rate will catch up with the reality of Canada’s overburdened households.