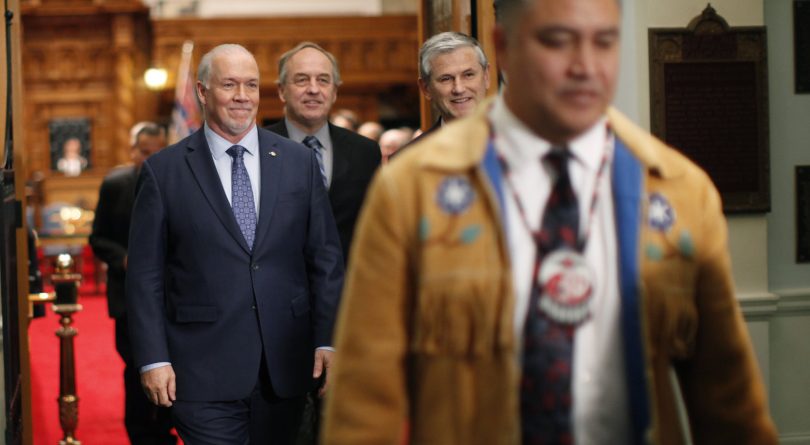 Natan Obed is the president of Inuit Tapiriit Kanatami, the national representative organization for Inuit in Canada

British Columbia passed a Declaration on the Rights of Indigenous Peoples Act in November 2019, yet the provincial government continues to encounter resistance in advancing a pipeline project it has deemed legal through Wet’suwet’en territory. The members of the Wet’suwet’en First Nation who are resisting the project argue that their free, prior and informed consent has never been secured and that their human rights are being violated.

In the Wet’suwet’en situation, and in countless others, the state is the arbiter of whether it has discharged its human rights obligations to those impacted. This is because B.C.’s declaration does not provide recourse or remedy provisions within its legislation. The law does create a self-reporting obligation for the B.C. government to document its own actions in order to align provincial law with the rights affirmed in UNDRIP. But these provisions have proven unable to help in this situation.

MORE: These protestors know more about Indigenous issues than you think

Federally, the Liberal government has committed to introducing UNDRIP legislation this year. In contrast with the B.C. UNDRIP legislation, federal legislation must systematically affirm our human rights by creating redress mechanisms within the legislation for those whose rights have been violated.

B.C.’s legislation is nearly identical to Bill C-262, the federal private member’s bill that died on the order paper last year. Our organization, Inuit Tapiriit Kanatami (ITK), which represents Inuit at the national level, advanced amendments to C-262 that would strengthen it. Specifically, we sought to include provisions that would create an independent, national Indigenous Human Rights Commission analogous to the Canadian Human Rights Commission. An Indigenous Human Rights Commission would be responsible for monitoring federal compliance with the rights affirmed by UNDRIP, and promote and assess implementation of those rights nationally.

MORE: The Wet’suwet’en are more united than pipeline backers want you to think

Such a commission should also be consistent with the UN Paris Principles, which provide the international benchmarks against which national human rights institutions can be accredited by the Global Alliance of National Human Rights Institutions. The UN Paris Principles set out criteria in relation to autonomy from government, independence, adequate powers of investigations, resourcing, pluralism, and mandate and competence. The Canadian Human Rights Commission was established consistent with the Paris Principles.

The UN Convention on the Rights of Persons with Disabilities or the UN Convention on the Elimination of Racial Discrimination are examples of the failures of an approach without adequate redress for violation. These longstanding international treaties were ratified by Canada, yet have never been fully implemented in Inuit Nunangat, where profound gaps in services remain for the most vulnerable members of our society. The most glaring challenge: governments, which are reluctant to hold themselves accountable for non-compliance, and have the sole responsibility to report on their own conduct in implementing the rights affirmed in those treaties.

Federal UNDRIP legislation that merely creates a reporting obligation or “action plan” for the government to monitor and report on its own conduct will not result in implementation of our rights. It will only further entrench a discriminatory legal framework in which Canadian Indigenous human rights are monitored using purposefully inadequate standards in relation to the human rights of all other Canadians.