Why Canada's new infrastructure bank should be built in Calgary

Canada's infrastructure bank is expected to be built in the typical places—either Toronto or Ottawa. Here's the case for Cowtown. 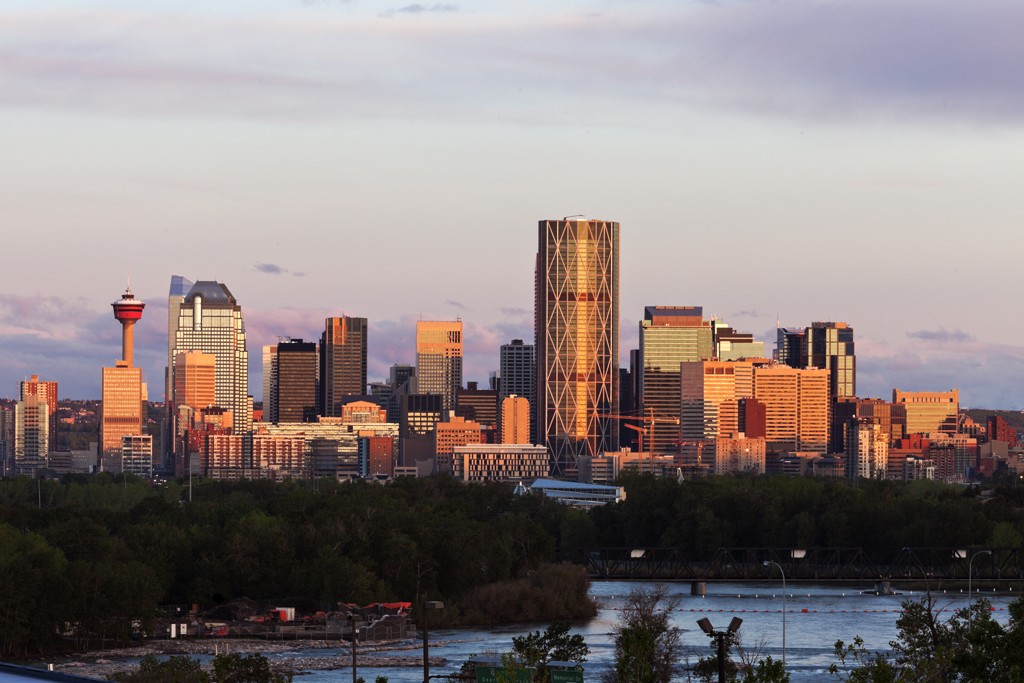 The view of Calgary, Alberta as the sun rises (Henryk Sadura/Shutterstock)

Infrastructure is the lifeblood of the modern economy, from airports and bridges to public transit and power generation. When done strategically, and for long-term benefit, these projects can be massive economic drivers. In the global battle for investment, talent and business, infrastructure plays a central role. But when it comes to infrastructure, Canada has been fighting the economic battle with one hand tied behind our back. We’ve been using legacy models to fund it, and it’s time for some new thinking.

Part of that new thinking is the creation of a Canadian infrastructure bank, which the federal government has committed to this year.

It will be, they promise, a new institution that will operate at arm’s length from the government, leveraging both public and private sector investment to help make transformational new Canadian infrastructure projects possible—projects estimated in the range of $175 billion—projects like green power generation, large-scale light rail and other public transit, affordable housing, and even trade infrastructure, all of which can be the engine of economic growth.

A national infrastructure bank is good news for Canada. We need this. To function with independence the bank must be physically located outside of Ottawa. And the right place to locate this new bank is in Calgary.

I could make the usual arguments for why this bank belongs in Calgary, and they are compelling: The highest concentration of head offices in Canada, home to 134 of the FP500 corporations; the entrepreneurial capital of the country with more than 56,000 small and medium-sized businesses; the right workforce, given that Calgary has the second most educated workforce in the country, and among the lowest labour force costs for the skills that the bank will need. And Alberta’s climate-change strategy will mean billions in new investment in the next decade.

Compelling as those arguments are, I’m not expecting them to sway you. Instead, I’ll cut right to the heart of our pitch: Calgary can make this happen, and get it done right, with our combination of grit, ethics and experience.

Let’s start with grit. Calgary has a level of “get ‘er done” that is legendary. Something special happens when you fill a city full of people who came here to accomplish things. Getting it done permeates the culture. The facts bear it out; Calgary has the highest workforce productivity of any major Canadian city.

Then, there’s ethics. Calgary is a place where keeping your word is the only way to do business over the long-term, and a handshake still seals a deal—even if that deal is worth millions. It’s a place where the “cowboy code of ethics” sits in many a storefront window and CEO’s office, and where one of the codes is “when you make a promise, keep it.”

Let’s be honest with ourselves. Canada has experienced some colossal infrastructure boondoggles. They range from cost overruns and incompetence to downright corruption. Why not place the infrastructure bank in a location with a reputation for cutting through these issues?

And finally, experience. As we’re seeing right now in the NHL playoffs, veteran experience can make a big difference. More than any other city in Canada, Calgary understands major infrastructure projects and the complexities of financing these investments to help drive economic growth. Our expertise in negotiating complex infrastructure deals and our strong track record in attracting foreign direct investment comes from decades of managing our country’s most capital-intensive industry—energy.

That’s not all—Calgary will also be a cost-competitive location to put the bank. The economic downturn has proven extremely difficult for many Calgarians. But as unfortunate as the downturn has been, it also presents an opportunity. Premium office space in Calgary right now is abundantly available and inexpensive. Employment numbers that took a nosedive over the past two years mean there are immensely intelligent and qualified people sitting on the sidelines.

We ask that the federal government look to a place that has built itself on entrepreneurial foundations. After all, when the first settlers came to Calgary there was very little here, and we built this city out of sheer will and determination. That spirit still resides here today. And that is exactly the kind of spirit that you want guiding the investments of Canadians in the future of our nation—ones that will ensure we are a vibrant nation for generations to come.

Adam Legge is the president and CEO of the Calgary Chamber of Commerce.