Why intergenerational warfare is a mug’s game

Anne Kingston: It stokes stereotyping and ageism, and dehumanizes at a moment when collaboration and cooperation are needed. Who needs it? 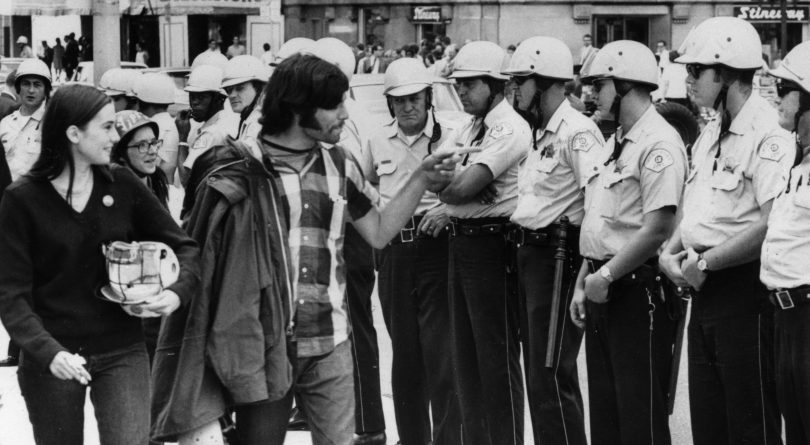 By the '60s, “Don’t trust anyone over 30” was a hippie/baby boomer motto (MPI/Getty Images)

This article is from the February 2020 issue of Maclean’s magazine, which charts the current conflict between boomers and millennials—one of the defining struggles of our age. The issue has two different covers. Here’s why.

Here’s a thought: Every time you hear one generation being pitted against another, call out “OK sucker!” That term would have been useful during the cluck-clucking in 2017 over the silly generalization that millennials were spending $22 on avocado toast instead of saving for a house they could never afford. And it’s the logical comeback to “OK boomer!” —originally a retort to smug, privileged views, now merchandised as a T-shirt and tote bag slogan.

That isn’t to deny rightful grievances expressed by younger generations with the world they and their children will be inheriting. They should be royally pissed. The Boy Scout’s edict to “leave the campsite better than you found it” has been ignored—environmentally, economically, civilly.

But intergenerational warfare is a mug’s game, especially at a time when politicians are exploiting divisions of race, gender and religion. Do we want to add age to the mix? It stokes stereotyping and ageism, and dehumanizes at a moment when collaboration and cooperation are needed. More, it avoids facing more grievous divisions underlined less by age differences than growing class and economic inequalities, corporatism, and the very market competition reflected in relentless focus on retailing generational differences.

There’s irony here: intergenerational angst and alienation is one thing generations have in common, dating back more than three generations with the emergence of a “youth” or “teenage” market. The seeds were sown culturally by the adult-resenting Holden Caulfield, protagonist of the 1951 novel Catcher in the Rye, and then by James Dean’s Jim Stark in Rebel Without a Cause. By the ’60s, “Don’t trust anyone over 30” was a hippie/baby boomer motto. Douglas Coupland’s 1991 novel Generation X: Tales for an Accelerated Culture popularized “Generation X” to draw a line between boomers and those born after 1960. It also introduced the term “McJobs” to describe low-paying work with no future prospects.

We divide people into categories to try to seek order in a chaotic world. Like horoscopes, generational demarcations offer a way to sync character and world view to birthdate. Here the parameters vary widely but one version goes like this: there’s the Greatest Generation (born before the end of WWII), baby boomers (1946-1964), Generation X (1965-1980), Generation Y, “echo boomers” or millennials (1981-1996), Generation Z (1997-2012 or born after 2000), also known as “post-millennials,” “the iGeneration,” and even the “Homeland Generation.” What comes now that we’ve run out of alphabet remains to be seen.

READ: A guide to the generations

It’s fun to joke about generational tendencies in a way you’d never do with race, in part because, deep down, we know generational generalizations are nonsense—that the Greatest Generation’s big contribution to society was “defeating Hitler,” while that of Gen X’s was “creating artisanal pickles.” And there’s truth in the fact that, just as people say “geography is destiny,” we are also shaped by the place and era in which we’re born and raised—the political and economic climate, the popular culture, historic events, medical and technological advances. But demographers also know birthdate is only one determinant of future outcomes. So too is your sex, and, even more, your family and household status.

Demographers also understand that looking at the world through a generational lens has fuelled a huge industry. The possibilities were seen with the surprising success of the 1996 book Boom, Bust & Echo: Profiting from the Demographic Shift in the 21st Century by David K. Foot and Daniel Stoffman—a national phenomenon that sold more than 300,000 copies and sat on Canadian bestseller lists for over three years.

Things can fall apart when we look at exceptions to perceived generational stereotypes. It’s easy to generalize that boomer grandpas don’t understand technology until you remember that Steve Jobs and Bill Gates were both products of the baby boom. Then there’s eager-beaver Mark Zuckerberg who runs contrary to the myth that millennials are lazy. Elizabeth May, a boomer, has more in common with Greta Thunberg, a Gen Z, than with fellow boomer Donald Trump. And yes, 20-year-olds march for climate action; some also march in support of white supremacy.

A willingness to cast resource-depleting “Me Generation” boomers as the villains has become a handy deflection, evident in a headline-making study conducted by New York University and Princeton that found people over 65 are most likely to spread fake news on social media. Easier to blame Grandma on Facebook than to investigate Facebook itself. In a similar vein, older Britons have been singled out for voting for Brexit (and for being more likely to vote Conservative in the recent election). But data reveals the vote was also underlined by vast class disparities, and even the legacy of Thatcherism. Yet concern over voting patterns based on age alone has seen talk about restricting the vote for people over a certain age because they won’t live to see the outcome, a call that presumes elders have no wisdom to share or care for future generations. The precedent here is worrying. What’s next? Not allowing people with terminal illnesses to exercise their electoral franchise for the same reason?

Drill into boomer demographics and you’ll find a disparate lot. (Conservative Boris Johnson and his opponent Labour Party leader Jeremy Corbyn are both boomers, a fact that will never be marshalled as an advertisement for boomers.) Now we’re seeing people hone in on “boomers II” or “Generation Jones,” a term coined to describe people born 1954 to 1965 who overlap with Gen X.

Contrary to stereotype, not all boomers are OK. Not all own houses or have rich retirement funds. The advent of neo-liberalism, which sees competition as the defining characteristic of human relations, made a few boomers mega-rich and many smug and comfortable. But it also hurt many, seen in the number of retirees working minimum wage jobs to supplement government pensions. It’s true some of the generation known as boomers don’t want to retire—or “get out of the way”—to let younger workers advance; for some, however, working is driven by financial need, not presumed boomer “privilege.”

Coupland, who was born in 1961 and is now 57, once said he wrote Generation X in protest: “I just want to show society what people born after 1960 think about things. We’re sick of stupid labels, we’re sick of being marginalized in lousy jobs, and we’re tired of hearing about ourselves from others.” Sound familiar? It was the beginning of a chorus that still hasn’t really been heard. And focusing on Gen Z vs. boomer or telling one more Viagra joke is just another way to avoid listening.

This article appears in print in the February 2020 issue of Maclean’s magazine with the headline, “Why intergenerational warfare is a mug’s game.” Subscribe to the monthly print magazine here.