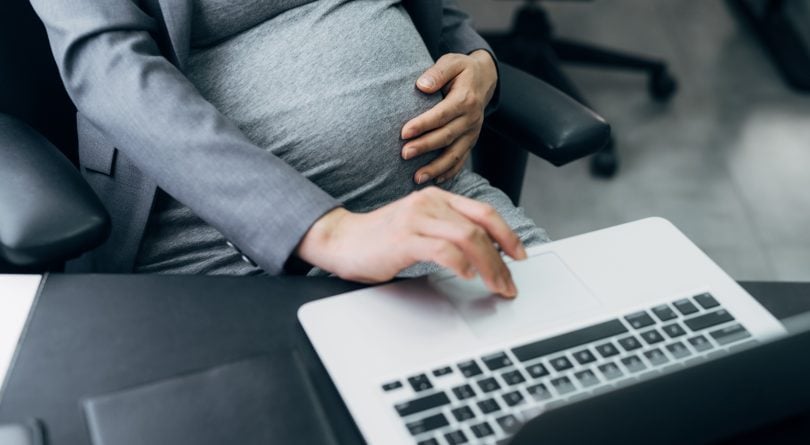 Stacy Lee Kong is a Toronto-based writer and editor whose work has appeared in Flare, Chatelaine and Canadian Business.

Jennifer was four months pregnant when she told her boss the news. She waited until after her performance review to say anything. It wasn’t that she didn’t like her boss, or thought he’d treat her badly. But like many women in Canadian workplaces nationwide, she already knew the long-lasting effects the words “I’m pregnant” would have on her career. “I heard things from other women,” says Jennifer, whose name I’ve changed for privacy reasons. “And I read this article in the New York Times about how if you go on mat leave before 35, it essentially ruins your career.”

She’s an acquaintance of mine in Toronto’s tumultuous media industry, so her worries are unsurprising. Moreover, her concerns are justified.

Canada may seem like an increasingly easy place to balance a career and a new family. As of Dec. 3, 2017, eligible parents can take an 18-month paid leave, a boost from only 12 months. And in March 2019, non-birthing parents will have the option of an additional five weeks of use-it-or-lose-it leave, designed to encourage more dads to take time off. But while these policies are hailed as progressive, they’re likely to hurt moms—and dads—unless companies make larger culture changes.

There’s a financial hit associated with this expanded leave. While Ottawa extended the amount of time parents could take, they didn’t increase funding. So if you opt for the 18-month option, you’ll only be eligible for 33 per cent of your salary, to a maximum of $328 per week. Parents who take the 12-month option get 55 per cent of their salaries. “It’s a very small number of women who will be able to access this. How many families can afford to live on 33 per cent of their income?” says Marina Adshade, an economist at the University of British Columbia.

Often when paid parental leave is discussed, Scandinavia’s generous programs are highlighted as a beacon of hope. In Sweden, couples get 480 days for each child. The time must be taken in the first eight years of the kid’s life and can be split between the parents, with 90 of those days reserved for each parent. Further, their government-funded benefits amount to about 80 per cent of their respective salaries for the first 390 days. In Norway, parents can take 49 weeks at full pay or 59 weeks at 80 per cent of their salaries. (Fifteen of those weeks are earmarked for moms, 10 for non-birthing parents, and the rest can be split evenly.)

But the idea that every Scandinavian mom is taking months or even years of leave is a bit of a myth, says Adshade. “Just because the leave is available doesn’t mean they’re all taking it, and that’s because women feel their jobs are at risk, so they return to work,” she says.

RELATED: The problem with the badass-working-parent meme

Despite all its downsides, paid parental leave remains linked to a drop in infant mortality, improved maternal mental health and, when non-birthing parents take leave, a better division of household labour. And there’s even a business case for doing it right. Take KPMG, which in Canada offers flex-time policies, paternity and adoption leave, assistance for adoption and surrogacy, and parental-leave top-ups of between 75 and 100 per cent of the employee’s salary. Perhaps most importantly, there’s an informal maternity leave support process that helps ease the transition for both employee and manager. “From a business standpoint, there’s definitely a benefit to that,” says Emilie Inakazu, a senior manager at KPMG. “We want [to be] the type of organization where we can retain or attract people going through that phase in life. Otherwise, we would lose out on a lot of talent and experience that group of people can bring to our organization and to our clients.”

According to Nora Spinks, CEO of the Vanier Institute of the Family, that’s exactly the right way to look at it. “By and large, most managers have six months or so of notice that this leave is going to happen, so if you’re good at managing, you can handle that,” she says. For parents to see the benefits of paid leave—without setbacks to their careers—it will take more than changes to government policy. Companies will need to change their cultures, too.