Why public 'shaming' is a necessary part of democracy

David Moscrop: What's on the line when someone in whom public trust is placed fails to react appropriately to shame? 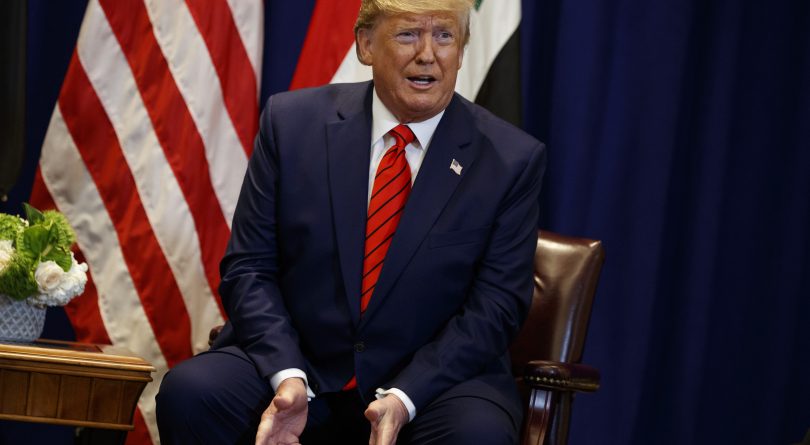 Environmental activist Greta Thunberg addressed world leaders at the United Nations this week and her speech was the shaming of a young century. “This is all wrong,” she said. “I shouldn’t be up here. I should be back in school on the other side of the ocean. Yet you all come to us young people for hope. How dare you!” Her address was followed by a sulky tweet from U.S. president Donald Trump, who mocked her as a “very happy young girl looking forward to a bright and wonderful future.” Shame and shamelessness, a two-act play that captures our politics.

Shame plays an important and complicated role in democratic life. As the tactic of bullies, it oppresses. As the weapon of the marginalized, it empowers people to push back against those in positions of power who fail to represent them or the public interest. In the streets, cries of shame are calls to do better. In legislatures, the same shouts are part of a representative’s toolkit—as when members of the U.K. House of Commons shouted “Shame, shame!” at Prime Minister Boris Johnson as he (unlawfully) prorogued Parliament.

Politicians who feel no shame are dangerous. They’re potential threats to democracy and the rule of law. An American president who admits no shame might mock a teenage activist who stands bravely in front of the world to demand better from a political class that has failed us time and time again.

MORE: The blackface photos jolted voters, but maybe only temporarily

That same president might demean and attack the free press. He might even attempt to pressure a foreign power to intervene against his electoral rivals. For him, a lack of shame is numbness—the absence of feeling. Since pain is meant to signal that there might be something wrong, not being able to feel it is a problem.

In the United States, Trump is the ultimate example of a shameless politician. Republican Senate Majority Leader Mitch McConnell, with his Supreme Court double standards and blind devotion to his dear leader, is another. Former President Bill Clinton is one more. In Canada, Rob Ford might be our contemporary shameless nadir. His brother, Doug Ford, now premier of Ontario, isn’t quite as bad but shares a certain affinity for pushing boundaries.

Guys like that are dangerous. They break the system. In a democracy, shameless is a threat to forbearance, which means that it’s a threat to democracy itself. Indeed, political scientists and observers talk about this quality of restraint as one of the soft guard rails of self-government. Once the guardrails go, as they’ve started to in the U.S., you’re in trouble.

MORE: Boris Johnson and the peculiar British art of believing in nothing

At its core, forbearance means self-control. There are things politicians can do and can get away with doing—but shouldn’t. Like attacking the press or bullying opponents. Not only might they get away with this behaviour, they may benefit from it. At least in the short run. Eventually, the public interest and democracy suffer.

In public life, shame is a tool for accountability and a nudge towards self-reflection and improvement. For citizens, that means shaming tactics should be deployed carefully to check power. For politicians, that means they ought to be open to accepting that moments of shame are opportunities to learn. When someone in whom public trust is placed fails to react appropriately to shame, they become unfit to lead and ought to go or be removed.

It can often be difficult to properly mobilize shame because we are wired for bias. Partisan identity is a hell of a drug. The other guy should be utterly ashamed of himself, we say. But not ours, obviously.

MORE: Greta Thunberg: A message in a racing yacht

In the Trudeau blackface scandal, Abacus Data found that of the 24 per cent who said they were “Truly offended” by it and that it had “changed [their] view of Mr. Trudeau for the worse,” 63 per cent intended to vote Conservative and only 6 per cent intended to vote Liberal. Of those who “Didn’t like it” but accepted the Prime Minister’s apology, 41 per cent were Liberal and 23 percent were Conservative. I expect you’d find an assessment of shame would be similarly conditioned by our tendency towards biased reasoning—or, rather, rationalization.

We’re left with work to do. Leaders ought to practice forbearance and be open to learning from shame. Repeat offenders who ignore the lessons of shame ought to stand down or be defeated. Individuals need to interrogate their own sense of shame and how they assess others, paying great care to challenge their prejudices and biases as they do. It’s tempting to give in to the spectacle, to admit a fondness for the nihilism of letting a shameless sideshow play itself out since, “What can I do about it?”

But in an era in which democracy is up against the wall, it’s up to each of us to do what we can to preserve and improve self-government by whatever means are necessary. It would be a shame not to.